...got up in time to be to church on time for once, flat tire got in the way of that, got to church 12 minutes late. Once at church Noah wanted to go commando, after arguing and reminding him of the importance of telling us if he needs to use the bathroom, we gave in and removed his diaper. Mid way through the sermon Noah said loudly, "uh-ooooh" while he created a massive pool that did not end, on the floor below him. The church is crowded, people's feet are everywhere. There was not a roll of paper towel in the entire church building. We got creative. 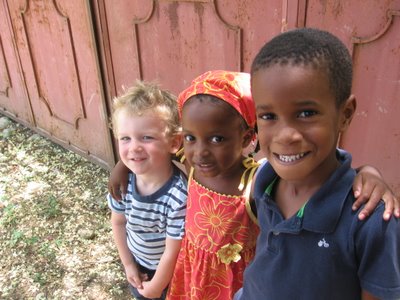 Went to the Tlucek's (new family that moved here from Idaho in June to work with the McHoul's) house for lunch. Bringing this conversation (below) with Isaac full circle...

In the truck - on the way from church to lunch-

Isaac- Dad, there was a boy there today that was very nice to me.
Troy- Good Ike. That's nice.
Isaac- He was very nice dad, he shook my hand and said hello to me.
Troy- Who was it Isaac?
Isaac- I don't know but he was white so he was nice.
Troy- What? You don't have to be white to be nice Isaac.
Isaac- I know dad but he was white AND he was nice to me.

(Troy and Tara exchange looks and conversation over the top of Isaac's head.) (Sometimes Haitian kids are mean to him because he doesn't speak Creole.) 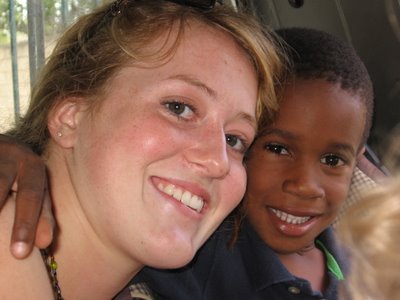 Later, after sitting in the front room at Tlucek's house, waiting for them to get home, they arrive- parents and kids walk in.

As near as we can tell, if you speak English you are white???? OR, if you have white parents you are white? Apparently all of this color confusion has less to do with color than we originally thought.

The boy is weird. 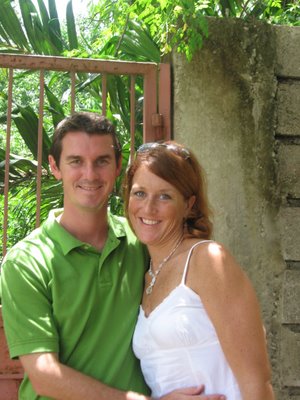