The "powers" that be (or lack thereof) 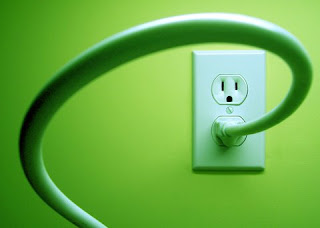 Well, we're learning about, live by the EDH - die by the EDH. (EDH is Electricity D' Haiti - or "city power" as it were.)

As it turns out ... EDH rules our moods, our hormones, our sleep, our lives, our very existence.

Kidding ... on the hormone part.

Last week we gave in and bought all new batteries. This way we can hold a charge longer and not need to run the generator as often ... and not need to have neighbors that hate us quite as much. $1,300 later the batteries have proven to be able to keep us going much longer than the old ones. In the end, with diesel costs this will be money well spent. Rather than going six hours on fully charged batteries we can go almost 12 and more if we unplug things and are very careful. BUT ... the EDH needs to run to charge the batteries. EDH is always going to be much much less expensive than diesel.

The first 30 days we lived here EDH was on about 12 to 15 hours a day! We started to form expectations of our friends at EDH. We thought -- 12 to 15 must be the norm for this zone. We thought the midnight start time was the regular promised or contracted time. We were all, "oh, this is the life -- what is the big deal about such bad infrastructure and power issues - you whiny babies!"

Last night it did not come on at midnight. I rolled over and asked Troy, "Where is EDH?" Troy matter of factly answered me and acted like he was the authority when he said, "It rained." Oh. It rained. Okay, well that explains everything. ???

I asked him about it this morning and he said that he believes when it rains, they don't come to work to throw the switch. Simple as that. He totally made that up, but it works for him.

I knew that even with our brand new batteries we were not going to make it till morning if I did not get up and unplug some things. After unplugging half the fans and the refrigerator/freezer I came back to bed and laid there muttering at the nonsensical ways of the EDH monster.

At 4am I woke up when it kicked on. I ran down to start a load of laundry and plug the refrigerator back in. I did a little jig on the way down the steps. HURRAY! Power! Troy and I chatted happily about how exciting it was that someone turned it on - even if four hours late - it feels personal to us at this point. They like us. They really like us!!!! They came to work just for us!

At 7am I left to bring kids to school. By the time I returned EDH had crapped out on us. Ah-ha, they don't really like us! Tipap informed me that it went off at 7:20. Three hours and twenty minutes of power???? That is just a spit in the eye. Thanks for nothing EDH guy.

It has not been back since. We made it on our shiny new batteries until 6:00pm, then ran the generator for three hours to charge things up for bedtime.

I imagine the little man in his EDH uniform tossing his head back and with a maniacal laugh he says "Ha haaaaaa - You will never come to understand my wicked ways haaa haaaaa evil haaaa."

The root of the problem is this:
As Westerners, we want things to have a pattern, a rhythm, a reason. We want to understand WHY EDH sometimes does not come on for days, sometimes is on for 15 hours a day, and sometimes is on for three hours and twenty minutes. If we could pinpoint it with a reason ... any reason, even a bad reason, it would help us better cope.