If there is one thing I detest, it is our tendency as pride-filled humans to "fake" with one another. 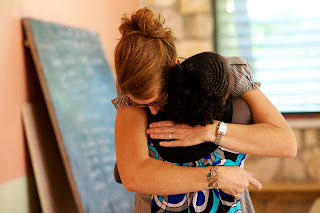 While it is somewhat frequently stated, "You guys are so real",  it must be noted that sometimes confusion and pride can squash down, and even trample our ability to "be real".

I am in no way obligated to report our every failure on the interweb. I know this. I know God  hears our groans and intimately knows our hurts whether I tell the blog-reading audience of them or not. Even when I'm not real with you, I've got no choice but to be real with Him.

That said, I value telling the truth and I don't like secrets. For those reasons I want to share this.

For the last week we've been struggling with a loss.
All of this loss because of our...

If you don't know Djenie and Kenny's story and how their lives became intertwined with ours  - please stop and read this post before you read further.  It is important.

Slowly over the last month Djenie began to sabotage a lot of her progress.  She stopped working with her tutor on school work. She decided making beads in jewelery class was not fun. She got up and walked out of devotion-time frequently. She was moodier than normal. She pushed her housemates a lot. She seemed less patient with Kenny. The structure made her uncomfortable and even angry at times.  There was fighting within the house. She wants (needs?) to be the top-dog. She wants (needs?) control.  She resents routine and time-schedules.

As structure went into place and rules became more than things written on paper she began to grow restless and impatient with everything and everyone at Harbor House. We tried to work through things with her. We tried to give her enough rope to wander without giving her enough to hang herself.

Finally, totally frustrated, she said last Wednesday "I cannot live here anymore."  We talked and prayed and expressed love for three days. We attempted to slow down her decision by intentionally dragging out our conversations with her.  She was angry with our unwillingness to let her live by different rules. She manipulated us with threats of giving Kenny away. She used him to gain leverage. With heavy and grieved hearts it became clear that for now, letting Djenie and sweet innocent Kenny go is is in fact the only choice. Allowing a 16 year old to run the house in order to keep her there is not an option.

This decision set many of us off balance. Everyone at Heartline has made some sort of investment in Djenie and Kenny. Their story touched many. Dozens of volunteers spent time with her after the earthquake and will find this news painful. Believing that God loves her and that this story is unfinished is where we must rest.

A story with a ragged ending ...yet we have nagging hope.


~ ~ ~ ~ ~ ~ ~ ~ ~ ~
Honoring my request, my Uncle Rick wrote a piece for the blog for Easter week. (Read him, he is gifted with words and creates brilliant poetic prose.)
His piece came to my in-box earlier today. As I read it and it met me right where I am, I cried and agreed wholeheartedly with his words, "Hope won't let go and neither should we. Hope ... Keep us alive!!" 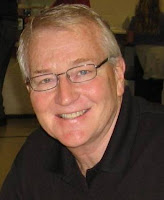 By Rick Porter -
Ragged Endings and Nagging Hope
There is a strange raggedness in it all. Dear friends have recently lost a granddaughter at birth. Conceived in love and hope, this little one grew in the security of the womb, albeit bearing impairments that diminished, even threatened hope for health and life. All did their best to keep the faith but instead faith now keeps them. The tiny life seed came to shattering death and loss and grief. The sure hope of life beyond is the only hope now. Thankfully it is enough. It has to be.
In a much less troublesome development, I prayed that a bare area on the campgrounds where I work might have some mature trees. It was admittedly a whiny prayer, “O God, why do I have to settle for saplings? I want shade now!” Within seconds of the prayer God answered with a phone call from local arborist friend inquiring as to whether I could use three 12-foot firs. I tingled. Immediate answered prayer and a whiny prayer at that! PTL!! God is good! I feel the Spirit!
The trees, now one year transplanted, are struggling for life. “Winter burn” the man calls it. We’ve watered, fertilized, and prayed (God gave us trees, He should heal them…right?). The trees hang in the balance, more everbrown than evergreen. I’m embarrassed that I shared the “miracle” in the first place. I’m a hope-a-dope…but I just can’t stop hoping.
Stories with ragged endings and smashed dreams attract me. Not because they feel good. They don’t. In fact, I feel anger. They fascinate because they make life life. An adventure without risk or surprise endings or dead-ends would be no adventure at all. So I grudgingly accept the disappointments and the pains as something unfinished, awaiting a tidy ending somewhere, sometime. Redemption will come and just maybe the thorns will become a crown. While splitting the firs into firewood someone will deliver an entire nursery. “We were closing down and thought you could use a bazillion trees!” Or maybe it will be less spectacular, like needing the firewood more than trees anyhow.
The lifeless baby will be quickened, toddling with open arms up to her family in the age to come. My friend will hear “Papa” from that voice for the first time. Meanwhile, who knows how many siblings will grace the parental home to make it alive, loving, and crazy busy until the unbroken circle is restored.  The pain will never go away, but it will be bandaged with lots of happiness. Or, maybe this family will just have much deeper resources to help other families face terrible loss. I don’t have answers. I just have hope. No matter how many times the endings are ragged, I cannot stop hoping.
I lay much of the blame for this challenged but unflagging hope on the resurrection of Jesus Christ. This is the story that keeps on giving in literature, film and life. One human breaks the pattern of death and destruction as the inevitable sad ending - and all humans ever since keep hope alive. Celebration gave way to accusation and crucifixion. The Palm Sunday parade terminated at a tomb. The song of the children became a dirge. The throngs went home. Friends scattered. But…
“On the first day of the week, very early in the morning, the women took the spices they had prepared and went to the tomb. They found the stone rolled away from the tomb…” “Why do you look for the living among the dead? He is not here; he has risen!’” (Luke 24:1,2,5, 6)
An unfaithful friend of Jesus was later an eyewitness to the empty tomb, and then hung out with the resurrected Christ. Peter wrote something that explains our nagging hope:
What a God we have! And how fortunate we are to have him, this Father of our Master Jesus! Because Jesus was raised from the dead, we've been given a brand-new life and have everything to live for, including a future in heaven—and the future starts now! God is keeping careful watch over us and the future. The Day is coming when you'll have it all—life healed and whole. (1 Peter 1:1-3, The Message)
Hope won’t let go and neither should we. There’s good reason that “hope springs eternal.” I don’t think we really need to “keep hope alive.” It’s like Jesus. It won’t die. Let’s twist the phrase to its proper shape: “HOPE…keep us alive!!”
at Friday, April 15, 2011