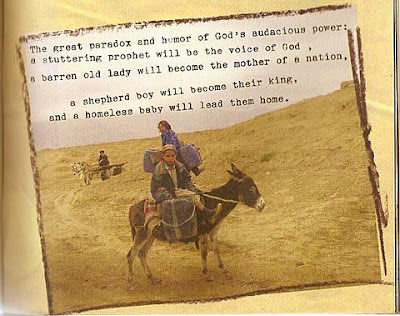 We don't often write about current events or what is in the mainstream news. We're narrow and limited and what you see is what you get.

Generally, we only write about two things:  1. Our tribe  &  2. Living, working, and everyday learning & growing in Haiti.

Once in a long while I'll get worked up about something. That usually happens because some news story has touched a deep nerve in my heart due to a personal connection. With only a few exceptions, we don't venture outside of the lines here.

We're the experts of nothing and the masters of zilch. Half the time I have to google things people are talking about to figure out what the heck is going on in the outside world of grown-up big people.

You'll never find a recipe or a political discussion posted here.  I would rather pop my eyeballs out and set them in a pot of boiling hot bean sauce (and not share the recipe) than talk about politics on the internet.

(Ironic twist: I am talking about the politics that I refuse to talk about - right.now...After this, though - finished!)

Besides the fact that I generally distrust governments and systems and all people with power, and therefore don't choose to engage it much, this excerpt sort of sums up my reasons for attempting to stay far away from the political controversy and especially the conversations that happen online:

From Communication Across Borders:

"Dialogue is best done in relationship, over breaking bread, over coffee."
"We both have strong convictions that could lead to ugly...  Human reactions, emotions and interactions are complex. I also know there are some things that I won't discuss online, not because I lack conviction but because the potential for misinterpretation is too high..."
That's it!  That.is.it.
If forced to talk politics I'd want to talk at a table, looking eye to eye. (I mean after we dug my eyes out of the bean sauce, of course.)

I think we're all fairly poor listeners. Misinterpretation or not, we aren't really open to hearing in the first place. We're a lot better at stating what we think than we are at hearing.In part, that must be why we love the internet so much. Because we struggle to hear one another and be respectful listeners in a face to face conversation, I see no point in attempting to communicate this more contentious stuff outside of close relationships, and not on the stinkin' internet.

I doubt I can articulate clearly what I'm trying to communicate today. Trust me, I don't want to be controversial, combative, confusing or any any host of other words that start with the letter C.

I just know that there is something that is true for me personally.I don't presuppose anyone needs to feel the way I feel about it. I assume that I arrived at this point as a result of being removed from the vortex of the system. Simply put, I believe that I need not become embroiled in the debate, nor need I engage the rhetoric of the political high-season.  I've been told this is un-American, and I disagree.

Here's the thing, in my mind it's all an earthy battle ultimately bound to fail. I'd rather battle for Kindgom things that I don't believe will fail.  I'm in a place where instead of engaging in that battle, I'd rather focus on the real and tangible war right in front of me.  I don't need to battle over politics because I have a massive fight on my hands as it is.

The Kingdom isn't so much about how I vote (or promote my vote on-line) - the Kingdom is more about the way I love and live and act toward the lost and hurting around me.


I urge you: Walk as Jesus walked.
Live a life that is worthy of the calling
He has graciously extended to you.
Be humble. Be gentle. Be patient.
Tolerate one another in an atmosphere thick with love.
Make every effort to preserve the unity
the Spirit has already created,
with peace binding you together.
There is one body and one Spirit,
just as you were all called to pursue one hope.