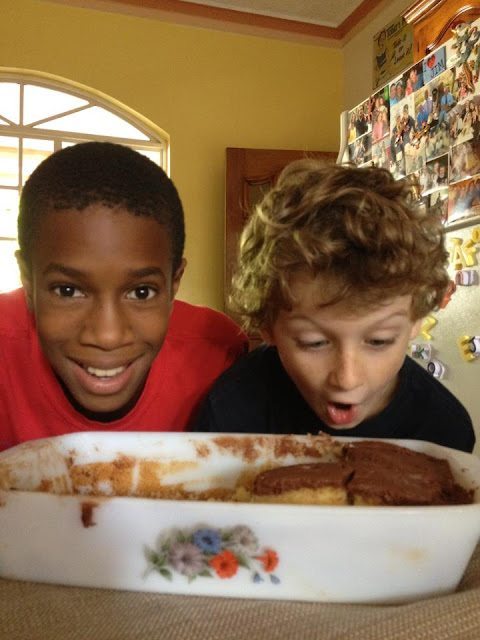 Dad is in charge. Cake for breakfast. This is how it should be.
(Bill Cosby got nothin' on Troy Livesay)

I read this recently. Wow.

"Sometimes we are called to proclaim God’s love even when we are not yet fully able to live it.  Does that mean we are hypocrites?  Only when our own words no longer call us to conversion.  Nobody completely lives up to his or her own ideals and visions.  But by proclaiming our ideals and visions with great conviction and great humility, we may gradually grow into the truth we speak.  As long as we know that our lives always will speak louder than our words, we can trust that our words will remain humble."
-Henri Nouwen 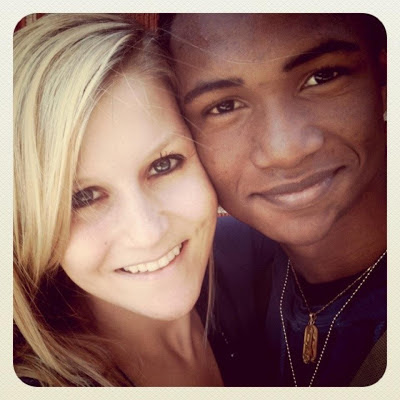 Paige is here in Waco mainly to visit her sister.
Ahem. 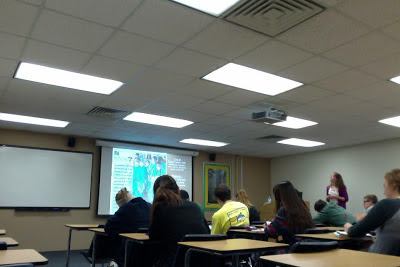 I sat in on one of Britt's Health & Human Behavior classes at Baylor. Oh my proud.
Watching her teach, I felt every single minute of my forty years plus ten I have never lived.
Public speaking is my very least favorite thing. Teaching is my second least favorite thing. I was so nervous for her.But look at her! There she is - just doing it like it ain't no thang.  (my apologies if this is too much proud) 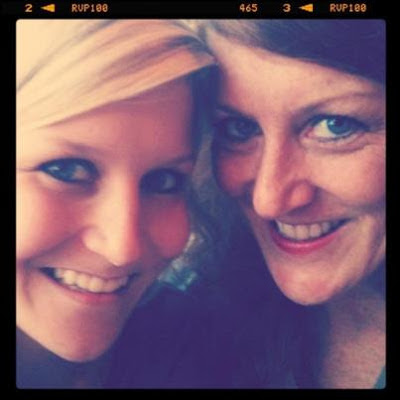 This girl posts many photos on instagram -
sometimes they have someone other than Kevin in them! 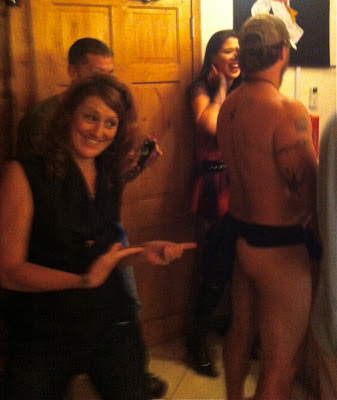 This is being posted now so as to prevent the people that took the photo from using it against me at a later date. So, here's how it happened ... We're sitting eating dinner with our friends Scott and April enjoying the adult conversation on October 19.  I am looking at April's face and right at the level of her head this butt walks right behind her. If she had moved quickly at that moment it could have been disastrous. The costume party in the middle of October and the nearly nude man were just a small slice of the oddity that is an evening out in Port-au-Prince. Better still, I was boarding the plane to come to Texas, I was on the phone with Troy.  I turned to my right to gaze jealously at the first class passengers in Row 1, seats A and B and I said, "Oh Troy - that naked butt sumo guy is on my flight!"  Once we landed in Fort Lauderdale I sought him out in baggage claim to share this piece (photo) of our long and distinguished history together.  (He wasn't thrilled.) (But then again neither was April.) 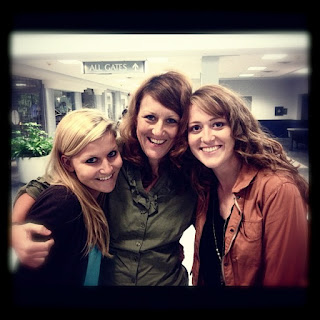 Arriving in the center of TX 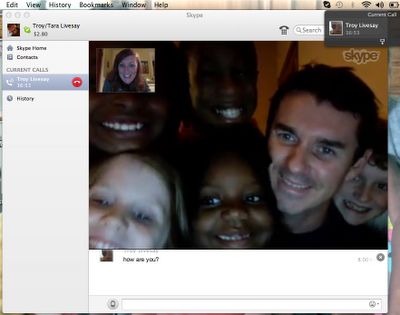 Skype with these people - it's less conversational than you might think.


It is sad that there are no photos of our son-in-law. I will remedy that before I leave here.

I'm meeting with my friend that asks hard questions about God today. I've spent small pockets of time completely alone trying to think and listen. I see that I am very bad at this thinking and listening stuff. I excel at compartmentalizing and busying. The chaos of our day to day and my ability to stay in motion has made me uneasy with stillness and uncomfortable with silence. It appears that I'm undisciplined at the discipline of just being (with God).

After an intense September we had an October with just two births. (November could easily end up being a 10 baby month again.)

Hope and Phoebe's adult sister is due now. I feel too many things about her at once and I hope I will miss the birth. I feel simultaneously protective and motherly and annoyed and judgmental ... I'm too close to her or something and I don't know what to do with my freakish desire to hold her and rock her or wag my finger in her face and lecture.

The reprieve in October was needed and less births to re-group and gather my faculties has been a huge grace. Nights without sleep are tolerable when spaced evenly apart.  The people in my house wear a different face when they are with me after too much missed sleep and their different faces say "we fear you crazy lady!" I feel bad for them when that psycho person comes home.

I've been helping as an assistant at births since late 2009 but have only recently started keeping track of numbers for future certification. For Wislene's birth I was "primary", which just means I got to catch Saraphina. With the dramatic and life-threatening hemorrhage some little awareness switch flipped in my brain. I have been waking up in the middle of the night with the same weird nightmare every five or six nights. I don't remember many details. The woman in the dream is Haitian but I don't think she is a real person I know. The bottom line is that I forget something important and the lady in the dream is dying and it is my fault.

Of course I knew that birth could be dramatic, of course I knew the possibilities - I read and parrot back the statistics often. Something about being with someone that is actively trying to bleed to death before your very eyes gives you an appreciation for the gravity of it all.  For a few minutes I had my entire fist and forearm placing pressure on her uterus from the inside before I traded spots with Sarah. Nothing about that day or that ambulance ride or the blood everywhere felt real.  Well, no, scratch that. The only part that seems real is the part where it seems like ladies can (and will) die giving birth just because their uterus is tired.  I suppose a part of me recognizes that it is only by grace and divine protection that so many babies and moms (no mothers or babies have been lost at HL during L&D) have had wonderful outcomes. The close call has left me slightly fearful of the day the statistics equal watching someone die.  (do it afraid though, right?)

I was driving around this orderly town in Texas easily completing a list of goals (if I simply re-name my To-Do list/errands  and call them"goals" it provides more victory - and I need some victory - don't mock) and I was thinking about this Kent Annan quote and thinking that yes, he is definitely onto something with this:

"There's something about the desperation of life here (in Haiti) that resonates with how desperate life itself really actually, is. On the surface, an American suburb is a place where life is orderly, manicured, manageable. Here, the surface is raw and needy and clawing. There is some reassurance in living where the exterior life, with all its ragged desperation - and glimpses of beauty and faith and spontaneous dancing - resonates more with the interior experience of being human."