Because the book sold out quickly, the Matching offer/grand has been extended: Buy the ‪#‎LocustEffect‬ by 2/15 /2014 & $20 will go to @IJM to fight violence against the poor. 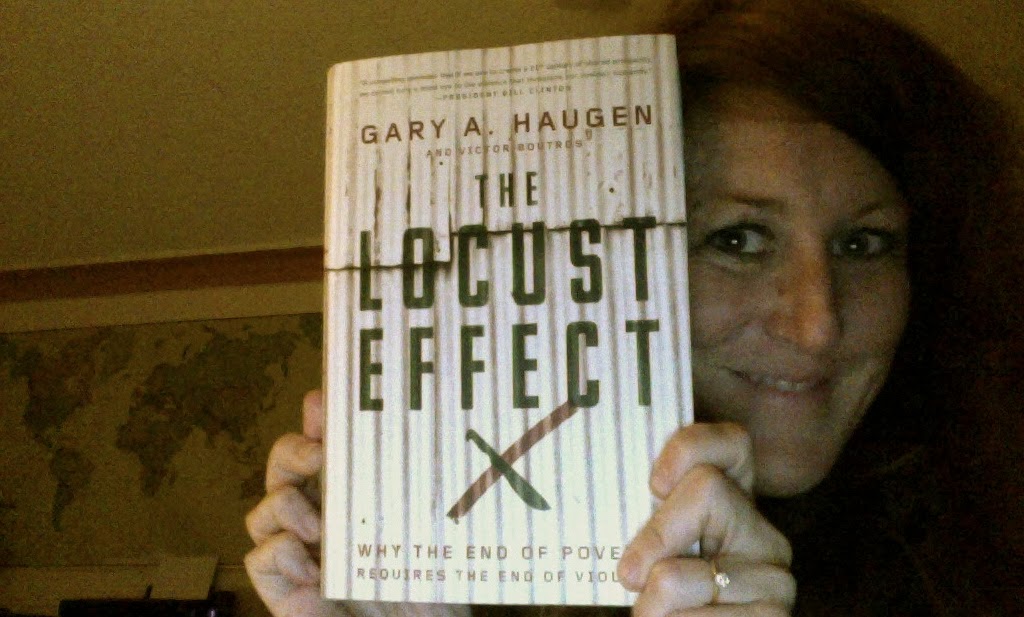 "Perhaps if the locusts of violence laid waste to everything at once like they did in the Midwest in 1875 it would get the world's attention—but all the daily slavery, rape, extortion, and dispossession gnaws its way through hundreds of millions of poor people one assault at a time, and the cumulative disaster of the locust effect is hard to see. Slowly but surely, however, the experts are starting to add it up, and the price tag is staggering." The Locust Effect: Why the End of Poverty Requires the End of Violence by Gary Haugen.

Like many of you, I long for a better world, especially for the poor.  It is easy to get overwhelmed by the injustices happening under our noses, and all around the world. When we are overwhelmed we tend to turn away.

Down the street from us a man rotates through children that live with him and do his housework. In Haiti, they are called resteveks. Young girls are almost always on his arm, all the worst things seem to be going on with him. The system here is broken, there isn't an agency or authority we could tell that would do anything about it. Many have tried.

A lot of us are waiting for Heaven. We think, at least then it will be all better. We'll just wait it out, lay low. Truth be told, we are all waiting. Some wait with eyes covered, some wait in fear, some wait oblivious and some wait to be resuced from the pit of earthly hell.
Graciously, there are also those that wait while they go into the dark places carrying a tiny bit of hope and a shining light.

I am thankful for freedom fighters and justice lovers that refuse to cover their eyes and ears and simply wait for it to end.  I am thankful they don't give up, they haven't given up.

Gary Haugen's book opens with these words, "It was my first massacre site. Today the skulls are all neatly stacked on shelves, but when I first encountered them, they defintely were not. They were attached to bodies - mostly skeletal remains - in a massive mess of rotting human corpses in a small brick church in Rwanda."

The stories Gary tells are real. They are hard to read about, imagine, believe, or absorb. While their call to action is urgent, the authors of The Locust Effect provide hope and an ambitions way forward.  This book is a wake-up call.

I am able to give one copy of The Locust Effect away to a reader.  It is an invitation to read a really difficult book, which is maybe not exactly what you came for, but I invite you none the less.

Leave a comment to enter. Only comments on the blog will be entered, we're not able to track facebook comments.

We will draw a name Valentine's Day.
(Nothing says love like a book about Violence and Poverty???)

(Winners need to live in USA or Haiti.  If the winner is in Haiti the book will come March 7th)