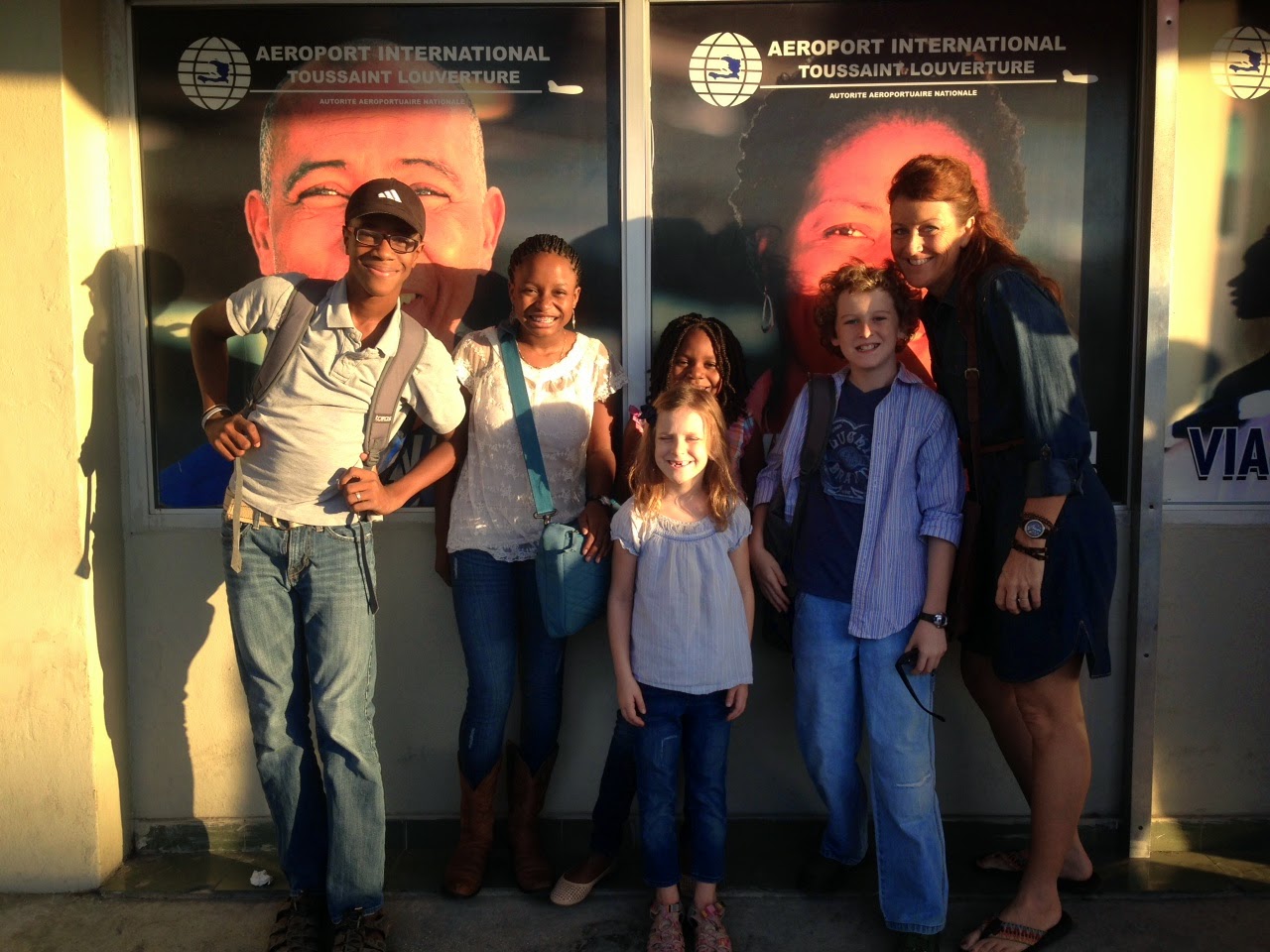 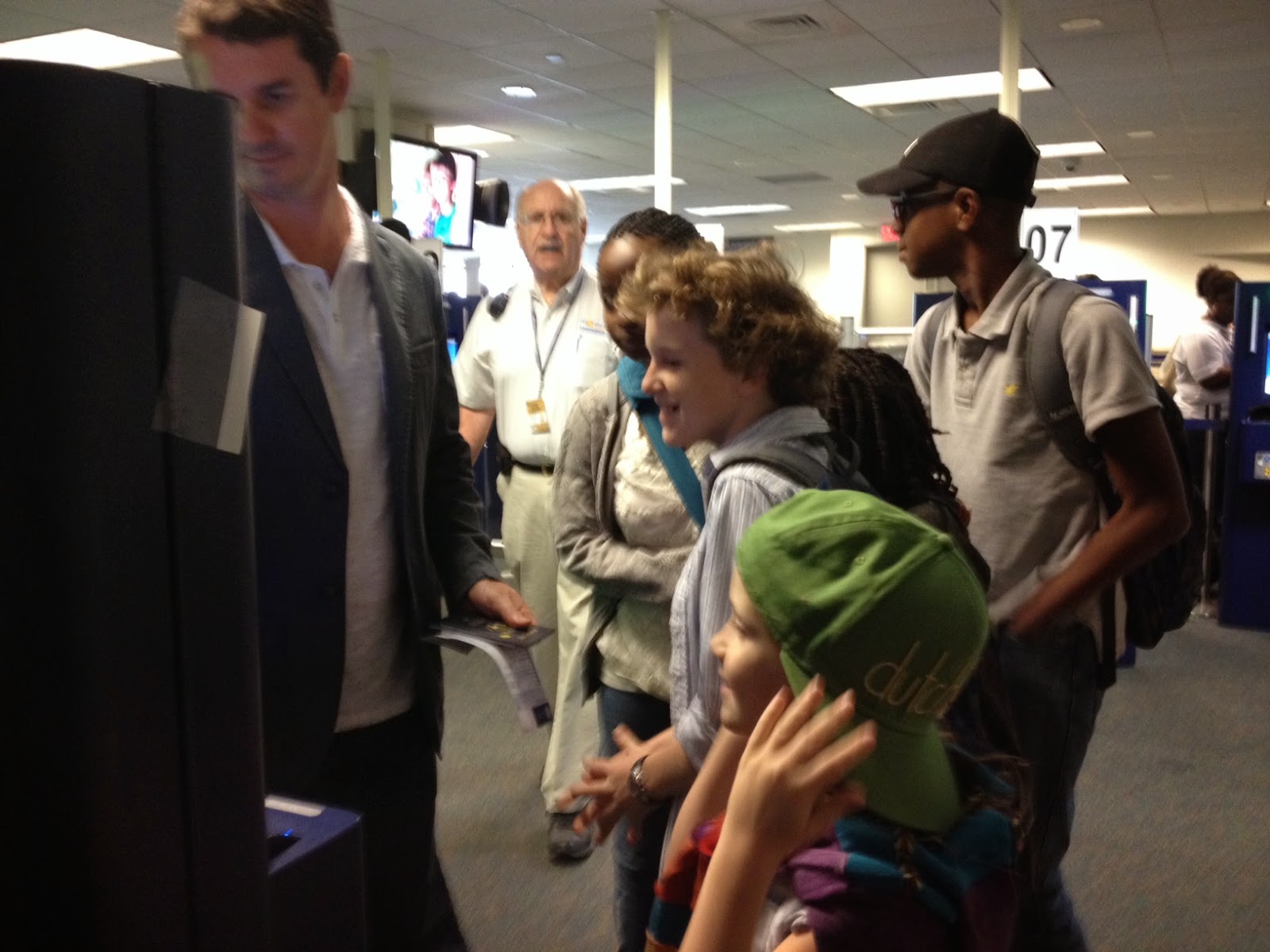 Once we've messed with that paradigm they asked us to step to the machine to begin the work of scanning passports.  It was some time during that process that Lydia made her first statement of 2015. It took no less than five seconds for the scent to make it to each of her siblings noses. Nobody had to ask, we all know who the gassy one is. The girl can't help it. The gap where the two front teeth are missing must be a natural inlet for too much air. What comes in, must go out.

We wanted out of the stench, but still had more passports to scan. Without fail we get an X on my clearance and have to stand in the next line. Hyphenated names are a beastly problem. The struggle is real. Hours and hours of my life have been wasted because of that one stupid little hyphen.

By the time we got to the luggage area our stuff was all there waiting for us and we camped out while Troy headed out sans circus to rent the mini-van. When Troy pulled up to get us, the kids marveled at the wonders of the Town and Country mini-van. Isaac thinks (and frequently states) that mini-vans are epic.

As we drove toward Naples where we planned to meet our friends, we talked about alligators, the Everglades, the upcoming wedding, and the smell of Target. We realized that one of five children had only one pair of underwear and we were given our chance to smell Target even sooner than we had anticipated.

Next Entry - January 1-4 in Naples where many amazing things like "EYEHOLES in the doors" are a part of the thrill of America. 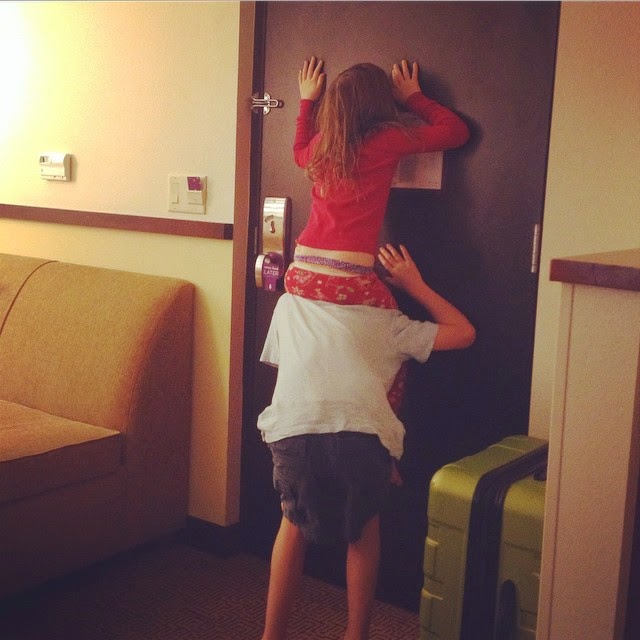