topography təˈpɒɡrəfi/ noun 1. the arrangement of the natural and artificial physical features of an area. "the topography of the island" 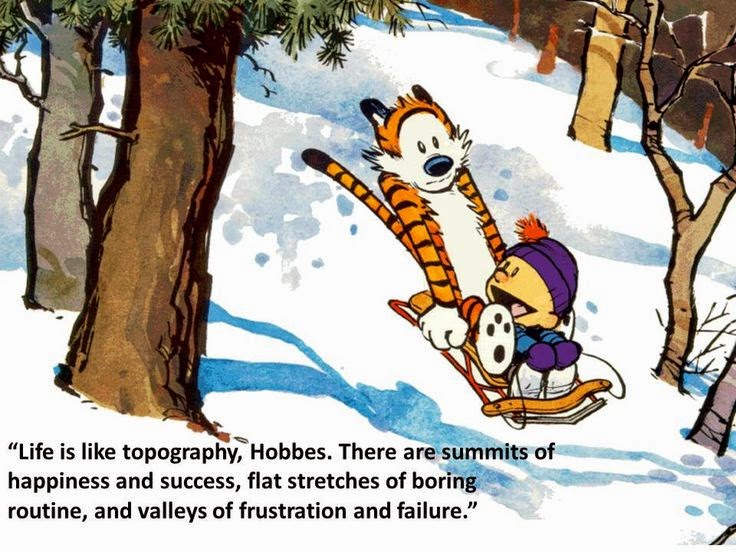 If life is like topography, than Haiti is the perfect ground for experiencing *all* that life has to offer.

This land we love and sometimes always struggle to understand has beautiful mountainous regions, a (central) plateau, and a large (Artibonite) valley.

Those word pictures and the emotions they evoke can easily be used to describe a week of life in Haiti.

One month and sometimes even as little as a few days can deliver a mountain top high, a valley of despair and a bit of a frustration plateau.

In just a couple of weeks time, some topography at the Maternity Center:

While we always traverse unpredictable terrain in Haiti, we rest in the knowledge that we never walk alone.

Your friendship, your prayers, and your stubborn care for this little island are profoundly evident to us in the day-to-day.
Thank-you.
Thank-you for walking with us.
Let's keep going.
at Friday, March 27, 2015

the babies are in town

Saturday Britt arrived.  She lived in Haiti from right before her 16th birthday until she was about 17 and a half years old.  She is turning 25 this month and is in school and on her way to becoming a (PA) Physician Assistant.

One of the gifts Haiti gave Britt was the recognition of her love for patient care and all things medical at a young age.  Thanks to some really solid Nurses and Docs, she was able to do a lot of wound care while she lived here. We are appropriately proud  (which is to say we are very proud) of her and the way she is chasing her dream.

Related: Middle age has hit us like a ton of cement blocks, we need her to usher us into our arthritic years with free flowing cortisone and daughterly PA love.

Paige and Graham arrived on Monday the 9th and have been drawing crowds of excited friends at each place they visit.  Paige wasn't very impressed with me at the airport because I greeted Graham before her.  "Mother! Hug me first."

I hadn't previously realized there were rules in place about that.

I am annoying everyone with my constant photo requests.  My obsession with having them all in one place may also drive my obsession to photograph the togetherness frequently. Thankfully, Troy has a tripod and a timer and no other unsuspecting person is forced into being involved in the photo shoot. 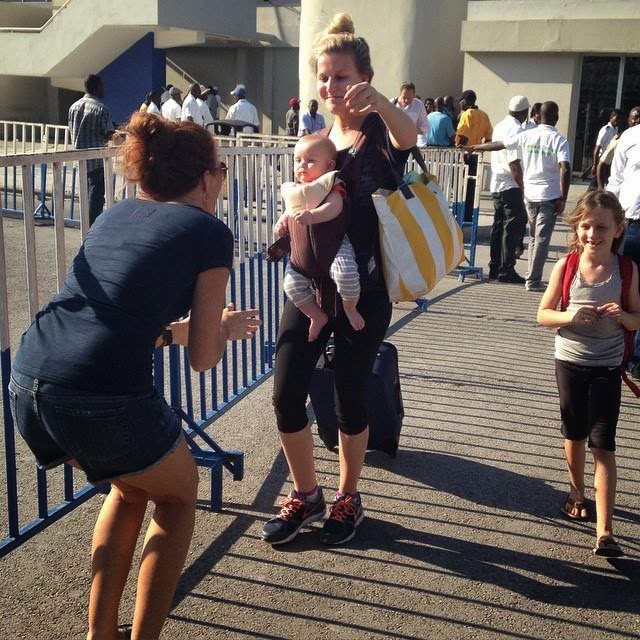 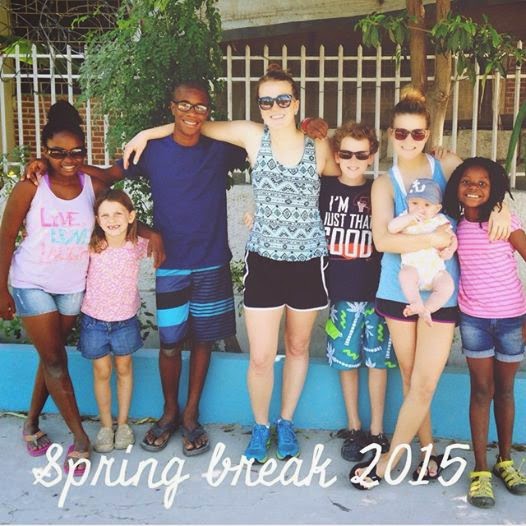 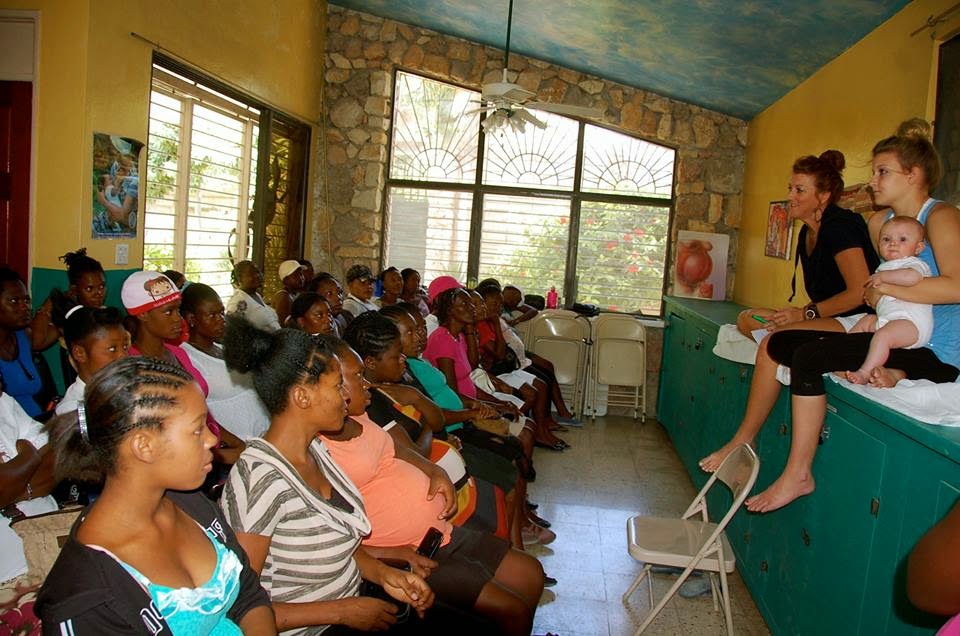 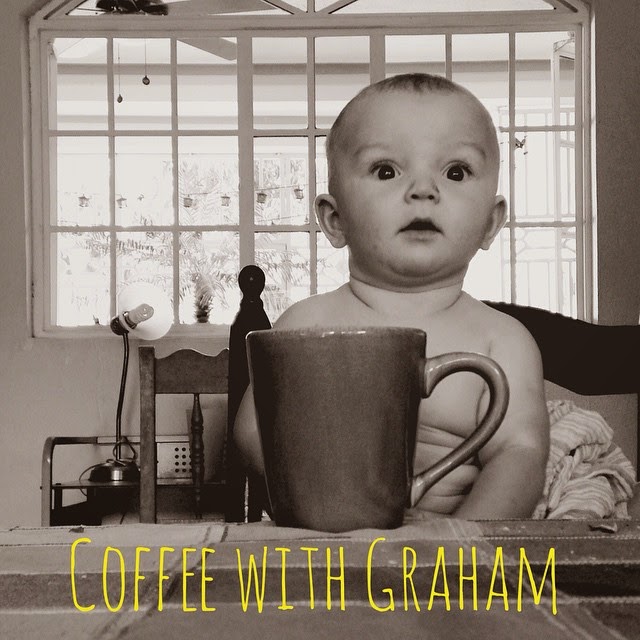 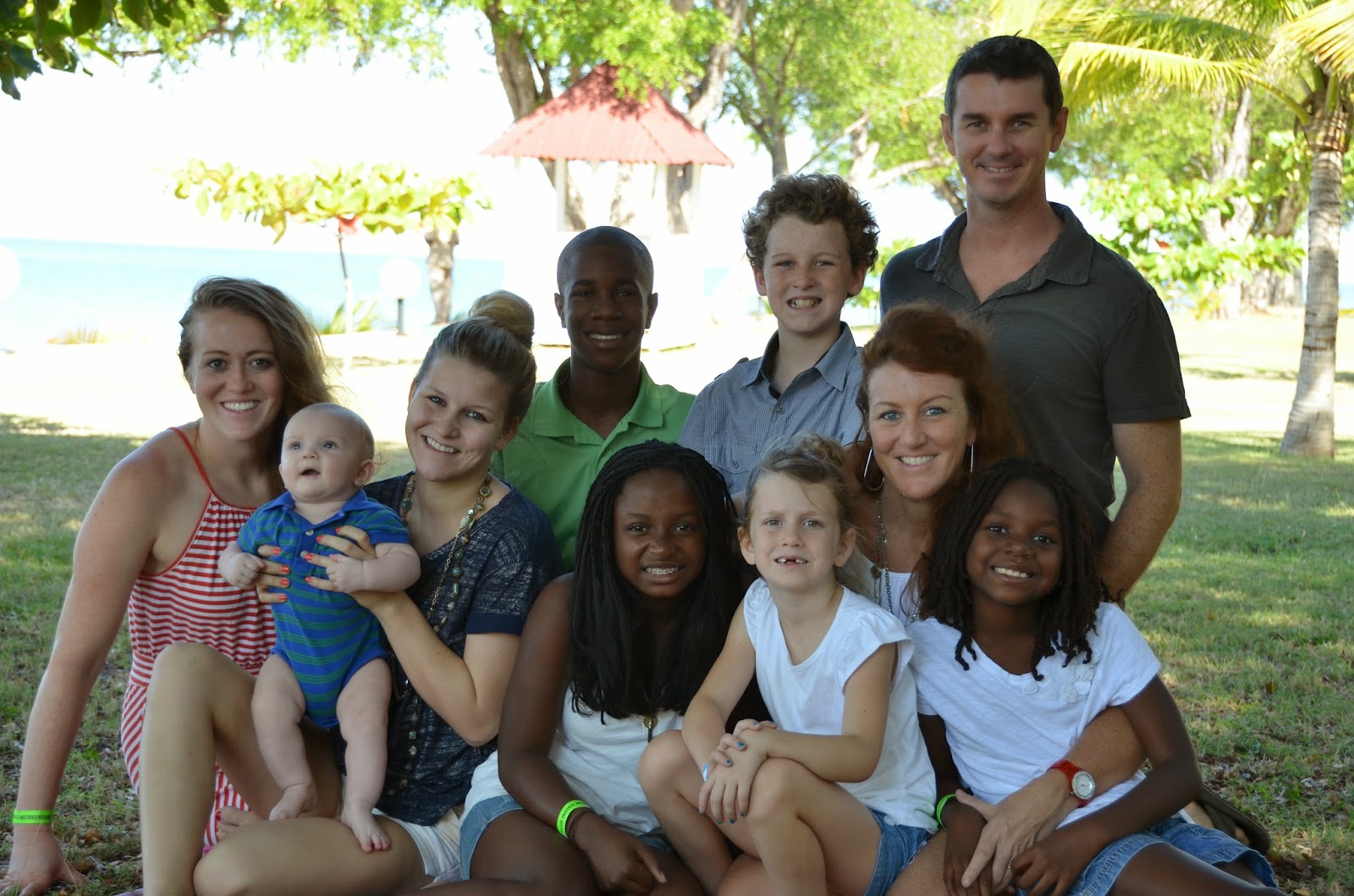 Paige led a breastfeeding support/discussion group at the Maternity Center last Tuesday and Thursday. It went really well.  Graham was a perfect (because Graham IS perfect) visual aid with his thick thighs. Paige confirmed for the ladies that yes, even though she has the financial ability to buy other foods, Graham is five months old and has only ever been breastfed.

Tomorrow Britt is going to teach on sexually transmitted infections/diseases - not nearly as fun to chat about as breastfeeding, but equally important information.

It is wonderful to have the "big" girls "home" for a few days.

Much can be said about the birth rate in developing world countries. There are multiple systemic and cultural issues at play. It doesn't take more than a couple comments on any given Haiti news story to see someone commenting something along the lines of, "Why don't they just stop having so many babies".

The answer to that is completely and totally complicated and nuanced, of course.  There are far too many things at play to quickly answer those questions.  It is much more difficult to truly learn and understand the nuances of a culture of poverty, than it is to criticize and judge. Bummer fact, the world is overflowing with people sitting in high places casting down the oh-so-simple-answers and the quick judgment.

Today I'm sharing a couple photos for the sake of changing paradigms - my own paradigm included.

The first photo in this post is of a brand new first time Mom, Mikerlange, that delivered her little one with us after many months attending Prenatal classes.  She lives in what would most likely be described as "abject" poverty and is fairly cognitively delayed/challenged.

To be utterly honest with you, I really thought "that baby probably won't live" as we drove them home after weeks of postpartum care and snapped this picture one day in May 2013.

The second photo is from Tuesday of this week.  Pictured here is that same Mom. She is (with help of her community) raising her daughter. Her daughter appears to be well cared for and healthy. She will turn two in May.

Most of us that are economically more secure tend to think that we automatically (because bank account) have a better skill set for raising children.

At times we have seen this play out in really sad ways.  It is a quick hop, skip, and jump from "Wow, she is poor and raising children" to, "I could raise them better than her". We watch people make those leaps frequently. Sometimes it leads to abuse of power and heartbreaking treatment and marginalization of people. Orphanages are filled with kids with living mothers who believe they are too poor to raise their child well. I recognize now that technically speaking, when we showed up here to adopt, we unknowingly reinforced that idea.

Multiple years working directly with new ("poor") mothers has proven to me that material poverty doesn't disqualify anyone from being a good, and even excellent parent.  There might be reasons some women don't do as well as mothers or struggle to bond, but it is not necessarily tied to one's material wealth.

Today I say congratulations to Mikerlange for proving me wrong.  She nursed this baby girl for many, many months. She cared for her daughter well and she deserves our prayers and all the props available to her - for a job well started.