My last post one whole month ago ended with a CLIFF HANGER about a 54 year old that thought she was pregnant.

Tribòbabò - a Creole/Kreyol word that is fun for all to say.

It means every which way - this way and that way - and all around everywhere.

There is a dog that lives in our neighborhood.

His situation is dire.

This dog has an entire extra set of balls that hang off of the inside of one of his thighs.

None of that is really all that relative to this story about the dog with auxiliary balls.  I guess I just want you to be able to imagine that this dog with extra balls seems to live somewhere in this relatively small neighborhood and he seems to mainly be around when I drive in and out of the neighborhood - he is tribòbabò.

He makes me see him almost daily. Seeing him makes me super embarrassed for him, for me, for us all.

Later this week, on Saturday to be exact, we will find on our calendars that the date is March 31, 2018.

Believe me. We will.

With the passing of that day, so passes the first quarter of 2018.

I know without a doubt that I have expended 2 years worth of stress and gained three face-lifts worth of wrinkles getting through the first quarter of this year. I'm angry at injustice and angry at broken systems and weary of so much BS and sadness.

Bob Hamp, a kind and gentle counselor and teacher guy in Grapevine, TX said this: 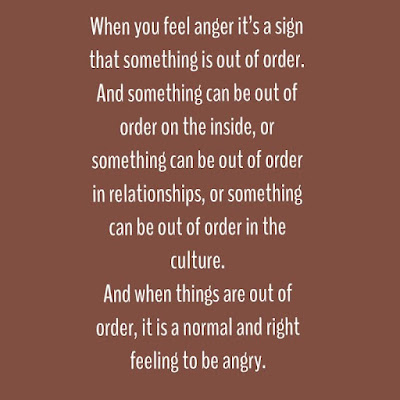 I can only hope that Bob Hamp is right.  I hope my anger is normal. If Bob is wrong, someone please come get me and get me off this island and DO SOMETHING to fix me. 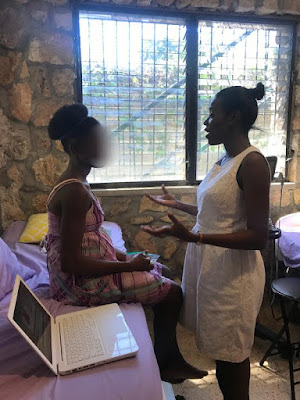 This is Steph meeting with Guerline, a Midwife.

Stephanie is 16. In August of last year Stephanie was drugged and raped by her cousin. Her Aunt drugged her. As in the mother of her cousin and the sister of her own Mom.

Now a baby is due in May.

These sorts of things are not reported in general.  Steph for sure did not report it, she simply arrived to the Maternity Center fifteen weeks pregnant, confused, and afraid.

When abuse or rape are reported, we have come to understand that the young woman will be asked to tell the story over and over and over and over again to different interviewers and lawyers and most of them will be men. Those men will pick  and choose minor details and tiny discrepancies and it is enough to make a young woman feel totally powerless.

2018 is the year we have learned a lot about the "system" here.  It is really not a system, it is a failure to be a system.  Learning about the non-system has not birthed a lot of hope or joy in me.

I do know this, to quote Rachael Denhollander, a survivor of abuse.

Then she kicks it up a notch with this ...

That obedience costs. It will cost to stand up for the oppressed, and it should. If we’re not speaking out when it costs, then it doesn’t matter to us enough. 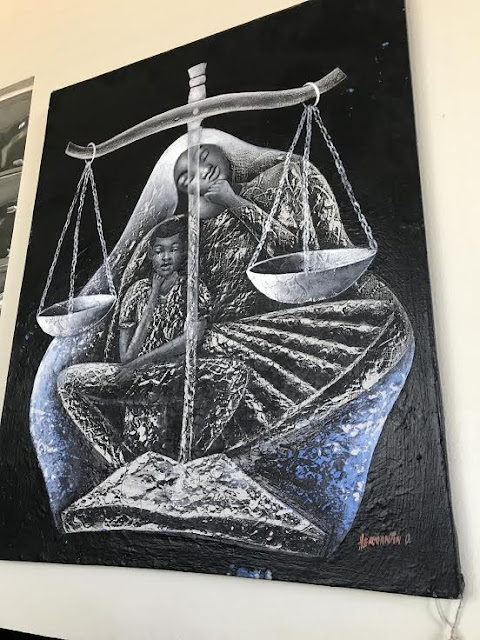 
Last night I listened as my kids agreed to play a game of modified flashlight tag (modified because all the flashlights are broken or lost, per usual).  I eavesdropped on them I heard them begin the game.

There was the usual figuring out the rules and such. When it came time to decide who would "be it" to start the first round, I heard Phoebe say, "Put your foot in!"

She began, "Bubble gum, bubble gum, in a dish, how many pieces do you wish?"

It might have been the Moscow Mule or it might have been ACTUAL authentic hope and joy, but I looked at by friend, KJ, and said, "Do you hear that? They are starting a game the same way we started games 35 years ago.  Maybe some things are sensible and good in this world?!?"

Have you heard of Sisyphus?

In Greek Mythology we learn "he was punished for his self-aggrandizing craftiness and deceitfulness by being forced to roll an immense boulder up a hill only for it to roll down when it nears the top, repeating this action for eternity."

Tasks that are both laborious or futile are therefore described as Sisyphean. 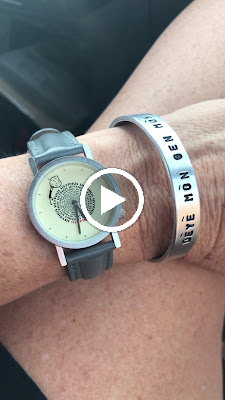 I bought myself this watch on Amazon because it makes me laugh and then also because it helps me take vitals on moms and babies at the M.C.

This particular blog entry has gone from the silly and weird to the dark and depressing and back again.

Just another day in Haiti and inside my mind.

Let me conclude with some random good things:

I do not know why this post changed font sizes like this.  File your complaints with Sisyphus.
at Tuesday, March 27, 2018