The last time I signed into this blog was 586 days ago. Writing was such a key part of my ability to cope with stress and internal turmoil for so long. It feels good to brush off the cobwebs and sign into this dormant place again.It feels a little bit like walking into a coffee date with an old friend you haven't seen in years.

Adam Grant said: "Writing isn't what you do after you have an idea. It's how you develop an inkling into an insight. Turning thoughts into words sharpens reasoning. What's fuzzy in your head is clear on the page. "I'm not a writer" shouldn't stop you from writing. Writing is a tool for thinking.

Perhaps the cobwebs will return to this blog site quickly, but for today the sentimental reflections of my 50th Birthday could produce some insight. 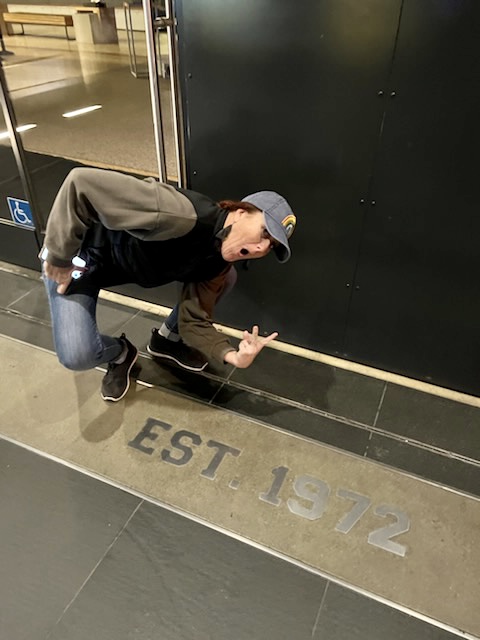 1972 was a Year of the Rat in Chinese zodiac. I confirmed that this means (almost) absolutely nothing. Careers for rats are: Administrator, director, manager, entrepreneur, broadcaster, writer, musician, stand-up comedian, politician, lawyer, researcher, and racing car driver. (I am for sure headed to NASCAR seniors division after Midwifery.)

The US Senate votes in favor of the Equal right Amendment and passes it along to the states for ratification. (Spoiler alert. Not law today.)

Evil Knievel successfully jumps 32 cars but breaks 93 bones on landing. (Was it truly successful, then?)

In the early morning of June 17 five men are apprehended by police while attempting to burglarize DNC headquarters, this came to be known as the Watergate Scandal

At Xerox's Palo Alto Research Center, Robert Metcalfe combines packet switching technology with single-wire broadcasting to lay the foundation for the development of the Internet

The last issue of Life Magazine is published December

Congressman Ford is sworn in as Vice President

Nike launched their first shoe in 1972, the Nike Cortez. The sneaker served as the first advanced running shoe made available to the public.

Cost of a gallon of Gas 55 cents

The number 50 has all sorts of significance,* if * you buy into that numerology stuff, which I technically do not. Even so, I am sharing what I do not subscribe to because it is interesting. (I also don't buy into zodiac/astrology but I'll listen to you tell me about why you do.)

The number 50 also symbolizes deliverance or freedom from a burden.

Angel number 50 is a sign from the divine realm about independence, self-determination, and taking charge of our own lives.

The numerology number 50 expresses its sense of personal freedom.

Expression of personal freedom, for 50, is the pursuit of whatever may be of interest, at the moment it becomes of interest, without resistance from its inner self or from others.

The number 50 is witty. People generally smile a lot when they're around 50.

The number 50 enjoys finding and exploring entirely new things, ideas, locations, and methods. The general idea of experiencing everything at least once sits well with 50, even while it's aware not everything can be experienced in one lifetime.

The essence of the number 50 almost always focuses on the positive side of things rather than the negative.

I feel like this is all good news. Even if it's fake news. I especially feel the deliverance from burdens happening.

So much about me changed in the last decade. Trauma, betrayal, disappointment, and fractured relationships ushered in some of the change. Raising my 7 very different personalities changed me too. Joy, miracles, love, tolerance, kindness, counseling, introspection and forgiveness can have credit for the rest.

I like the changes and am still actively working on me. The changes have been good for my kids and my marriage. Not everyone loves or likes this changed me, and that's okay. I am learning that the approval I sought in my 30s and early 40s didn't serve me well. I finally like most things about myself and understand more about myself than 10 years ago. (The Enneagram has served me well in the area of self-acceptance.)

I can now identify that I moved to Haiti partly because I truly thought God wanted me to (which sounds weird to me now because I don't know how that works anymore and would not pretend to know any longer) and partly because I thought it made me good to do something really difficult. I moved thinking it would make my parents proud and it would mean my faith was some sort of super-special kind of faith. I for sure moved thinking if I went willingly and joyfully and prayed a lot, God would protect Troy and I and my kids from bad things.

Obviously, I realize now that it was all flawed (dumb) and incorrect to assume any of that. God would have loved me and accepted me if I was in Minnesota and not trying to solve the problems of the materially poor and perpetually marginalized in Haiti. The church idolizes missionaries and that's not cool because they are just people and they do things for the weird and selfish reasons too.

I faced the truth that I became a Midwife for 50% reasonable and 50% unhealthy motivations. I rely on the reasonable part keep me going until I am ready to be done.

For now, it seems I can't quit Haiti. I have attempted to figure out how I can emotionally separate myself and the truth is, I care deeply about it now and there's no escaping the pain of that island. Choosing to not be involved would hurt just the same as doing it does. Doing it means connection with phenomenal people. Haiti is the long defeat, as Sara Groves once broke down perfectly.

I have joined the long defeat - That falling set in motion

The biggest changes of my life happened in the years we were in Haiti and the nearly three since then. I learned about Jesus in a way that was not prescribed or handed to me. I got to know him on my own. I came to see that sometimes the people claiming Jeuss are the people doing the most harM. I learned to trust my discernment; listen to my gut. I stopped putting pastors and leaders on a pedestal. I don't believe a lot of what I believed 25 years ago, but in my tearing down and rebuilding, Jesus remained. I am changed. I am changing. I consider myself a person of faith and a Jesus SuperFan.

I learned from my kids that my mistakes are important to own. I learned the value of a genuine humble apology. I learned that there is no one way to raise all your kids. Different kids need different things. I learned that you will be a different parent when you raise you first and fourth and seventh child. I learned that love means allowing everyone to learn and develop at their own pace. I learned that my kids don't need to reflect me back to me, like little mirrors or minions. They each have varying thoughts, opinions, approaches, and goals. They are worthy of my unconditional love and respect. Even if I don't understand every choice, the choices are theirs to make. My choice is love.

I learned in my angry PTSD phases that I tend make generalizations and sweeping judgments that are not fair. I learned that most everything is gray and nuanced and is to be handled with careful wisdom and unmeasured grace.

I learned that I am strong enough to face my pain head on.

I learned that relationships that can be ruined by conversations about feelings or boundaries were not really stable to begin with.

I learned I can face pain without alcohol.

I learned grief is not linear and maybe never ends.

As I was trying to put some of this into words I read a post a friend wrote that nailed it, so to close my 50th Birthday post, I share (steal) Kevin Allen's words:

“Your experience is not my template.”
Backstory. On a kazillion stories, I’ve heard people use their experiences as a maxim for the general population. Don’t get me wrong — listening to each other’s experiences is hugely valuable. What they have learned can become part of my toolkit. But it’s not the whole kit.
This goes for rags to riches stories and comebacks of all varieties. One person’s rough childhood is another person’s walk in the park. One person’s view of the self-made man is another person’s privileged life. There’s just too much variation of background and genetics and circumstance and intangibles to subscribe to templates.
The difference between an experience and a template comes down to one word. Empathy. If I listen to someone intently and if I happen to have an experience in my toolkit to share with them, great. But if I hear a lament — particularly a lament from a community of people unlike myself — and I say “I’ve had crap to deal with too, suck it up!” I’ve failed to intelligently listen and consider that my playbook doesn’t work in their war.
“Your experience is not my template” is a way of finding the value in learning about others while recognizing each life has an entirely different set of variables. 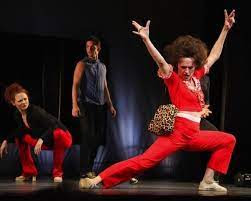