a week of emotional tremors

I came to Texas in early October planning to see how long I "should" stay.  I wasn't sure what that meant or how I would decide.

Even with that sketchy non-plan plan, I can say unequivocally that so far it seems like I "should" stay.  It is hard uncomfortable to feel like I'm not doing my part at home with the other five kids and not doing my part at the Maternity Center, and I miss both places terribly -- but it seems to me that the timing of being here now is more than providential.

I have been here for almost three weeks and it appears like I will stay another two weeks.

I am staying at the house of the Carney Family, (the Carn-dogs) - they are the quirky landlords that P and M rent the garage apartment from in this season of much transition.

Landlord is a weird word.

I like the Carney family a lot. Long before I had met them I knew that they had some Minnesota ties and a few common friends/acquaintances and I had decided they were the sort of people that Paige should know. I had heard Josh (the Dad Carn-dog) preach and liked his style. When they ended up having an apartment for rent, I played it reeeeaaaal cool while simultaneously trying to manipulate everything. It is how we mothers do. Who, me? Trying to tell you what place to live? nooooooo. i never!

Being in their home is wonderful because they have four kids and it is chaos and I am comfortable with that. They have one little pistol that sometimes melts all the way down, and I feel so much closer to Lydia just listening to her from my attic bedroom at night. Their 6 year old was telling me that she needed her fan on high at night to sleep.  She asked if my kids like to have a fan to sleep.  I said, "they must have a fan to sleep most of the time because it is very hot in Haiti and we don't have air conditioning."  She looked at me with eyes widened and with sincere incredulous shock she said, "What?!?! EVERYONE should have air conditioning!"  This is a girl all of Haiti needs in their corner.

Troy stopped in to Dallas/Waco/Austin on days 10 to 16 of my time away from Haiti and made us all giddy happy. He of course is needed at home with the kids and the work at Heartline, but the trip came at an excellent time for all of us girls. I don't know which of us was most excited. I bet he could get pretty darn used to that kind of fanfare over his arrival. He could, but he shouldn't. He is now back in Haiti with the little kids and they all report that things are well.

I am also jetting up to Dallas here and there to spend time with my favorite PA student and her adorable chef husband. Their new house is cozy and inviting. He whips up fancy food and clears my plate (wha????) and she memorizes words that have far too many letters in them and cannot be pronounced by the vast majority of us. I love getting to be with them a little bit during this time, and I feel God's mercy in the time we have had together.

There's more than a new baby and postpartum hormones going on in Waco.  We've been trying to get insurance to pay out for the totaled car. Of course insurance has a goal of never paying or paying sllllllllowwwwwwllly. They must think you'll give up and go away or something.

I've been car shopping a little in between the other dramas. Troy sends me the listings, tells me what questions to ask. I message our friend Tex for last minute coaching, then off I go.

Today I faked like a boss at a gas station when I opened the hood of the 2004 CRV I was test driving - and by faked like a boss I mean, an awesome old guy asked me if I needed help and I told him, yes, I most certainly did need help finding the dipstick to check the oil. After that test drive I asked things about timing belts and pretended tp know what that even means.

Last week Michael had a full physical for a job he had been offered. During the course of the routine tests (that led to follow ups and specialists) he was diagnosed with WPW Syndrome (a heart arrhythmia that is found in 1 in 1,000 people) and he will need an ablation surgery to repair his heart. He is scheduled to do that late next week.

Then, Paige got sick (common postpartum breast infection called Mastitis) quickly on Sunday night. She was a hot mess today, we're hopeful it turns around quickly. They are working through a lot at once, those physical things being just one piece of it all.

The little family of three needs to be boring now.  We're all tired of the action. At some point we have a lot of wedding things to do, but for now other pressing things need our immediate attention.

I found this prayer on Sunday when I was trying to look up something the pastor at All Saints Dallas (I went there with Britt and Chris) had said on Sunday.  Never found what I was looking for, but I did find this ...


“May today there be peace within.
May you trust God that you are exactly where you are meant to be.


May you not forget the infinite possibilities that are born of faith.


May you use those gifts that you have received, and pass on the love that has been given to you.
May you be content knowing you are a child of God.
Let this presence settle into your bones, and allow your soul the freedom to sing, dance, praise and love.
It is there for each and every one of us.”
― Teresa of Ávila 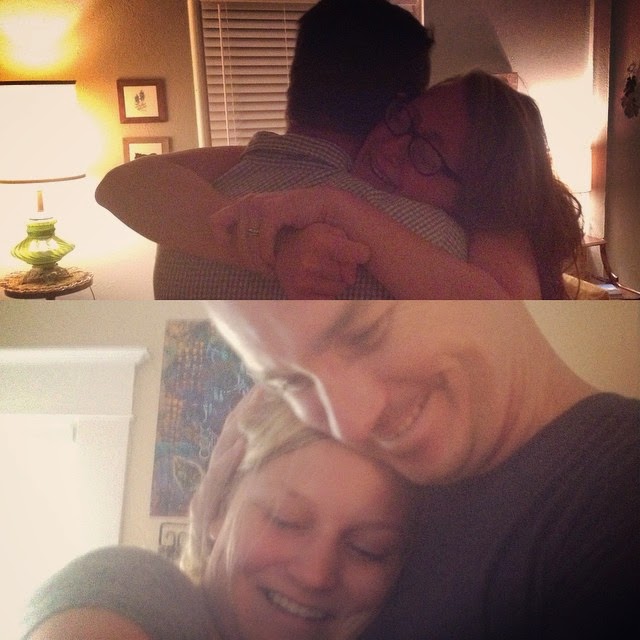 Both girls were a tiny bit emotional when Troy arrived. 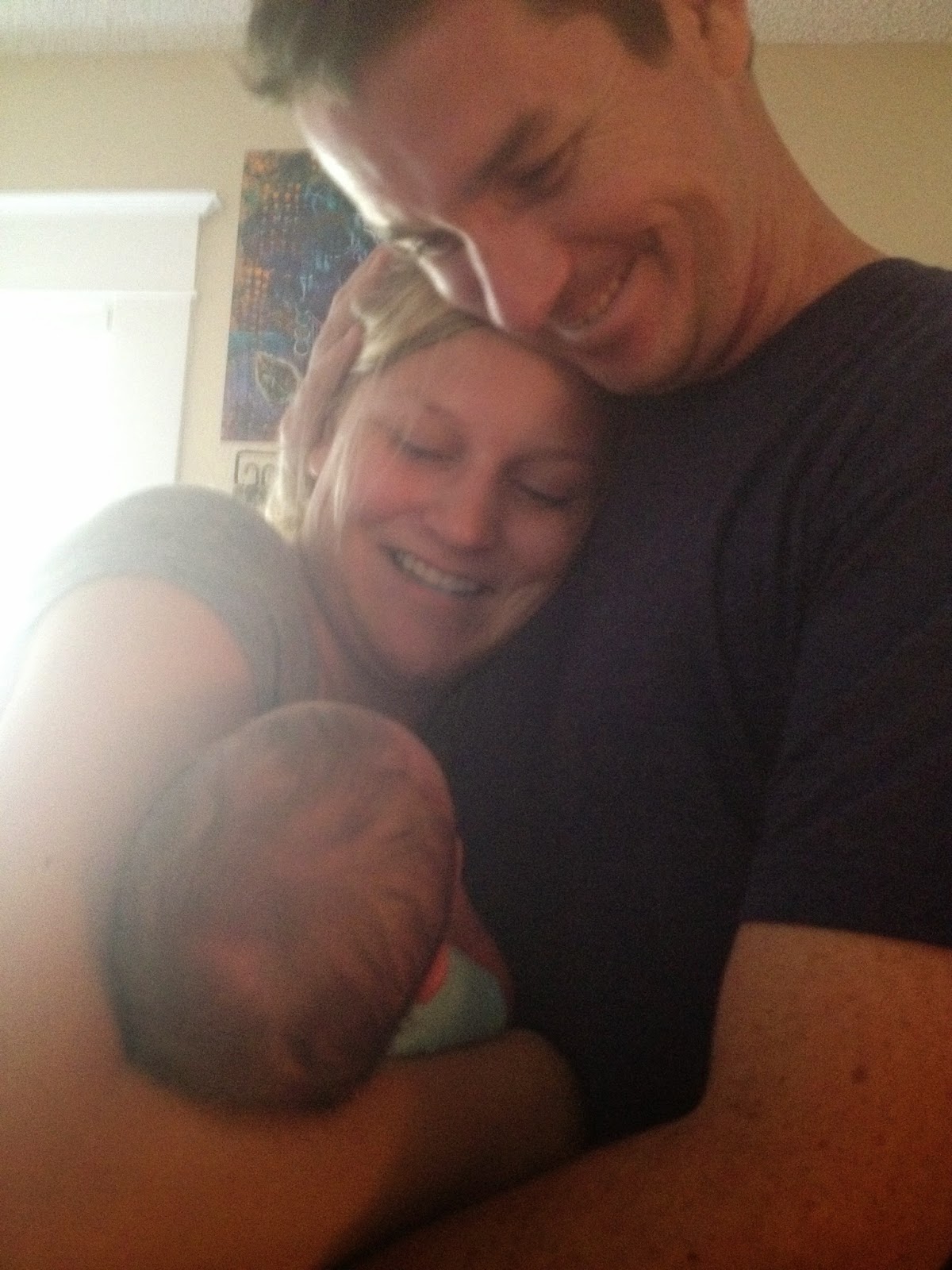 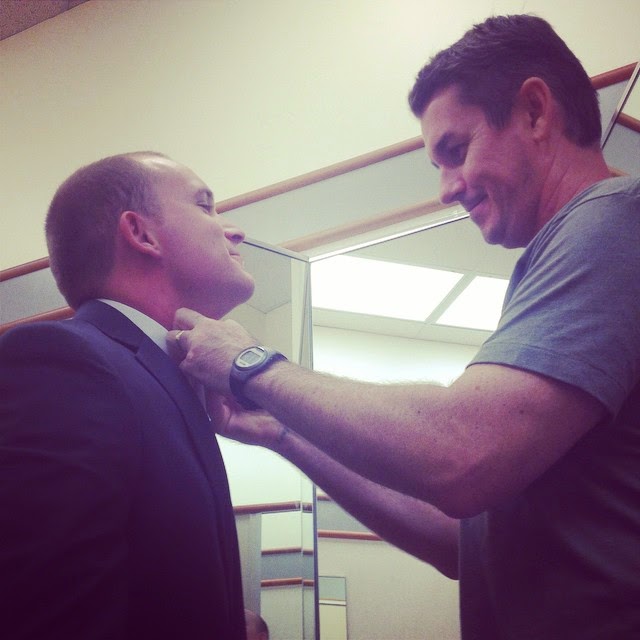 Troy and Michael did some  manly wedding shopping. Troy, and the three of us he got in a package deal (plus Graham-son)

Insta-Graham ~ no such thing as too much of this guy... 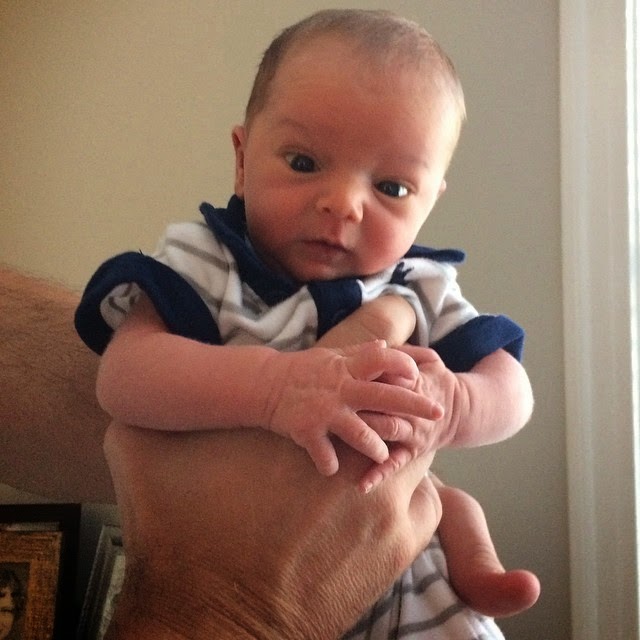 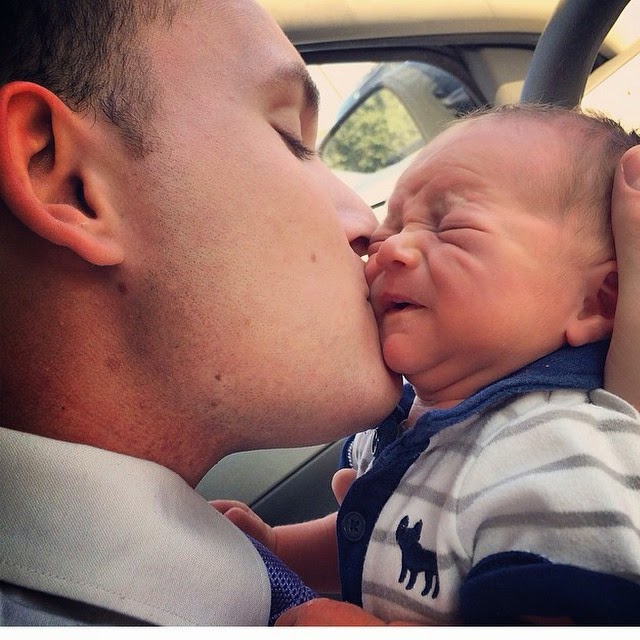 and, a link to the photos that Kimberly Ellis took of the little family on Saturday.
at Tuesday, October 28, 2014