When my friend, Dokte Jen was here a couple weeks ago, we were talking about the State run Maternity Hospital in Port au Prince. We were lamenting the difficulties there and discussing why it is so hard going there and seeing what happens (or doesn't happen) there.

Jen wondered if maybe it was a little bit like the character from Greek Mythology, named Sisyphus. The story of Sisyphus varies a bit. As a punishment the gods required that Sisyphus roll an immense boulder up a hill, only to watch it roll back down again, he repeated this action over and over again.

The phrase "labor of Sisyphus" refers to any hopeless task that must be repeated endlessly.

For whatever the reasons, (mostly just lack of facts and training) going into this hospital and suggesting (to mothers, aunties, nurses, and doctors) that new mothers should in fact hold their babies (skin to skin!) and can also nurse them and do not (not not not) need to wait two or three days until the milk comes in to offer the baby the breast, it does feel a bit like rolling a boulder up a hill every Wednesday.

This morning a smaller than usual group from the Heartline Maternity Center headed to engage in some Sisyphus-like work for a couple of hours. 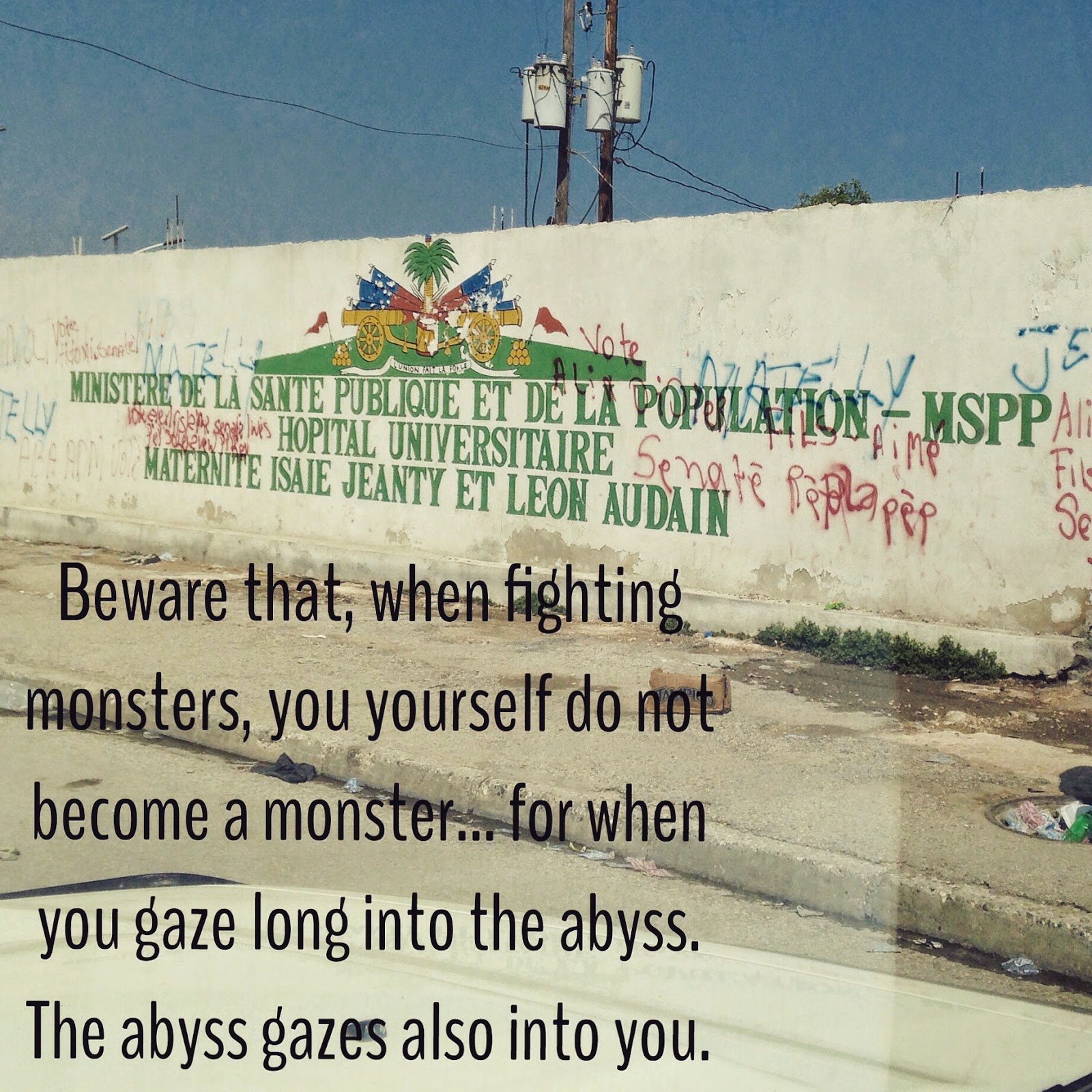 The hospital is sometimes filled with patients. On other occasions we find it mainly empty. Sometimes strikes or protests keep the Doctors from coming.

Of course while there, there-are several other challenges too.

Observing the way the educated (Doctors, Nurses, Med Students) often-times treat the (mainly less educated) patients and the lack of respect and kind-attention the patients receive is its own separate (boulder) difficulty.  Most people are given almost zero information about their own health.

Any attitude with them (the providers at the hospital) or perceived disrespect of their methods or "their turf" could mean the patients we hoped to advocate for are treated even worse (in retaliation). We are the guests, after all.

When I feel my anger and throat punchyness rising up at the shoddy care-(not)-providers, I have to mentally (inner dialogue tape - on repeat) remind myself that when we are not leading by loving, or serving while offering genuine kindness (to all), we become as guilty as those we wish to throat-punch.

A long-dead atheist named Nietzsche said it like this, "Beware that, when fighting monsters, you yourself do not become a monster..."