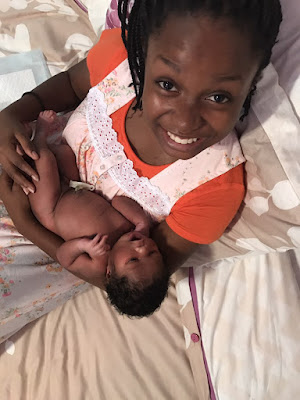 I don't even need to wonder. I know that lots and lots of us need this word this Advent Season.

It seems to me that many are at a dark intersection... Like most of the entire planet.

Enjoy our annual posting of Hear the Angels Sing ...

Perhaps it’s just the Ebenezer Scrooge in me, but I’m not much of a caroler. When pressed into participation I sing, but rarely with the gusto of those around me. And too often I sing in a rote way, not giving full attention to the words. There is however, one line of one verse of one carol that always captures my attention.

A story is told of a man seasonally employed to bring the presence of Santa to Christmas gatherings for businesses and schools. He was on his way to a gig, an office party, but had been asked to stop by the nursing home to make a quick visit to the residents. This was pro bono work, but if Santa won’t do it who will?

He quickly made his rounds with a “ho, ho, ho” to each room. Just before departing, he peeked into a darkened cubicle where an elderly man lay apparently asleep, curled on his bony side. Santa prepared to leave in a flash. But the man made a feeble beckoning gesture visible in the dim light of a tiny Christmas tree. The volunteer Santa approached. The man whispered something so faintly as to be inaudible. Santa moved his jolly old ear very close to the man’s dry mouth. “Forms are bending low,” the man said. Santa did not connect the phrase, assumed confusion, gave a patronizing pat, and hurried off to his paying job.

As he arrived at the office party, holiday music was filling the room. The words of an old carol floated from the ceiling speakers:

O ye beneath life's crushing load,
Whose forms are bending low,
Who toil along the climbing way
With painful steps and slow;
Look now, for glad and golden hours
Come swiftly on the wing;
Oh rest beside the weary road
And hear the angels sing.

The song was “It Came Upon A Midnight Clear” written as a poem in 1849 and put to music 10 years later. The essence of the song is that angels did not just appear and sing at the birth of Christ. They show up and serenade regularly and often.

Just when we are so burdened as to not hear, at the most difficult of times, when life’s loads crush and our forms bend, they minister most. Immanuel, meaning “God-with-us,” attends us as His invisible person, the Holy Spirit, and He is attended by angels. The heart of God is to meet us at life’s darkest intersections with comfort, encouragement, a touch of heaven, and a breath of hope. The old man in the nursing home wasn’t just complaining to Santa about his lot in life. He was acknowledging that in Santa’s visit, no matter how hurried, there was an angelic grace.

Whether or not you sing the carols this year, be encouraged to live the carols. For you, this season may not be one of happiness, good memories, or togetherness. You may be grieving, regretful, or lonely. Life’s road seems crushing and your form is bending low. That does not disqualify you from the true Christmas message. While others scurry in apparent happiness, the invitation to the crushed and the bent still stands:

Oh rest beside the weary road
And hear the angels sing.
at Friday, December 16, 2016