Yesterday on an airplane, I had the distinct privilege of helping two English speaking people talk to one another.

In the aisle chair was an elderly gentleman, apparently a little hard of hearing.

In the center chair was a little girl with a very plugged up nose and head her name was (still is) Lydia.

In the window seat, sat the hearing specialist of our row, me.

Lydie said to the gentleman, "Is that a Delta pen?"

The gentleman said to me, "I didn't hear her."

I said,  "She asked if the pen you are using is a Delta pen because she sees that it is not working well for you."

The gentleman said to Lydia, "No, this is my own pen."

She looked at me confused, having not understood his reply.

Lydie said to him, "Do you want to use my pencil?"

I said, "She is offering to let you use her pencil for your immigration paperwork."

She placed her pencil in his hand.

He looked at the cover of the book she is reading and said, "Do you like horses?"

I said, "He's asking if you like horses because he noticed your book."

I said, "She loves horses she said, she gets to ride them in Haiti."

I said, "He asked if you have a horse. But you cannot hear him and he cannot hear you. NOT SURE IF YOU NOTICED THAT YET?!?!"

To him I said, "She does not have a horse of her own, she rides horses owned by the riding club."

I said to her, "Please stop having a conversation with him, you guys are failing at this."


We barely have time to update anything here, it is seeming pretty safe to declare this a dead blog - or at least a dying blog.

I'm here now though. So I may as well quickly recap the last seven weeks.

Paige, Graham, and Abner spent 35 glorious days living with us in March and April. I have no idea who liked it most- but it was me.

What a joy to see Graham first thing every morning.  What a gift to have held fat little Abner while he fell asleep.  Isaac and Hope and Lydie took one day each per week to stay home and play with Graham so Paige could come to work with me on the three program days.  That was so much fun for me and the other staff who all really love having Paige around.

Troy is good at baby stuff and it was glorious to watch him in his Grandpa (he goes by "Tito") role.

There are three very sexy things.  I will name them in order of sexiness.

1.  Troy playing guitar and singing
2.  Troy holding his grandsons
3.  Troy getting mad at injustice or bs and yelling at someone causing injustice or bs

April was good because I got to see all three things.

The last time I wrote (besides the job posting for teachers) was March eight.  Since then the Maternity Center has welcomed another 13 babies.  We had a very high C/S rate for March and April but all Mothers and Babies are alive and that's goal number one.

We have had some really wonky situations come up.  Things that are so loco it is hard to type it out because you'll sit in your chair saying, "WHAAAA?  No way."

The shortest Hemingway style update of the last month at the MC is below.


For those that follow my Instagram feed and prayed for "D" - please keep praying.  She delivered and has a son.  She has never been loved the way she deserved to be loved so it is quite a challenge for her to offer her little boy love.  Please just keep praying.

For those that knew Sarah (14 year old Mom of fat baby Sophia) was maybe losing her housing, that turned out to be untrue.  She is still with her Mom, in her house, still four houses down from us. She and Sophia are doing well.

The last time I wrote I said I was worried we would not find teachers for the kids.  As of this moment we have not officially found a teacher. We do have one stellar applicant though.  I went to Indianapolis and Atlanta to meet with candidates but one couple needs to work out a foster care  (possible adoption) situation and one couple was not as serious about working with us as I assumed they were.  You know what they say about assuming.

You might recall that we (the Maternity Center specifically) are working on creating a manual to help others copy our model  (sharing ten years of learning and hopefully saving others from some mistakes) and hopefully some day little BirthCenter/Maternity Programs will pop up all over the place and women and babies will be saved far beyond our imagination or dreams.

The work and writing and compiling of information is happening and we're excited that our lead technical writer and project director and coordinator and boss person is Sarah Bessey. Sarah has been a friend of mine in real life since 2013 but on the Internet for a while before that.  She is Canadian, which makes her immediately likable. She is smart and doesn't put up with nonsense. I love her dearly. She is one of my FAVOURITE Jesus loving feminist. See what I did there?


So.  We had ANOTHER grand-baby join our family. That makes three. I over-posted times a million so I doubt you missed it.

Gideon T. Bernard was born shortly before 9am on April 6, 2017.   Lydia and Paige and I were all in the room and it was beautiful, holy work done by Britt, Chris, God, and some midwives.

Britt went into labor aware that Paige is a freak of nature and not really expecting to have as fast of a labor as Paige. However, she did have a pretty quick labor for a first time Mom.

After the photo above was taken, I said goodnight to Chris and Britt and left to go to my little place I was staying around 8pm. Chris came knocking (because the phone did not ring loud enough to wake me) a little after midnight to tell me big things had changed and to please come over.

When I got to their house, I agreed, big things were happening. We left for the Birth Center around 2am.

In total she had steady and painful contractions for about 12 hours. She started pushing around 7:40am and pushed a little over an hour.  She rocked the house. There is nothing quite like sibling rivalry, right? The first born and the second born are both bad-ass birth givers. They are grateful and know that it is a gift and not something that happens for all women. The Dallas Birth Center was very vibey (a word that Merriam-Webster does not yet recognize) and fun, I enjoyed looking around at how they do things. I liked that they had a way to control the temperature of the room. Our Haiti Birth Center is jealous.

I was so grateful to have been in the room to welcome Gideon and see my miraculous oldest child give birth. 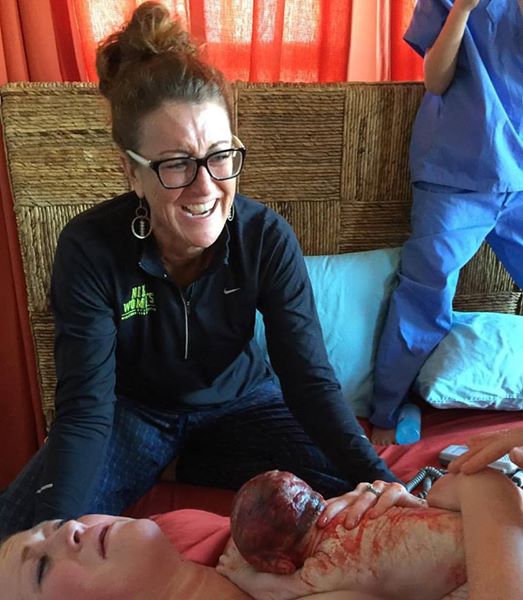 At this juncture I think we might (??) take a little pause from producing family members and it appears that we could hold at three grandsons for a couple years or more.  I don't control any wombs at all, but as the grandma (Mojo) I feel like a less intense emotional up down up down would be good for us all. 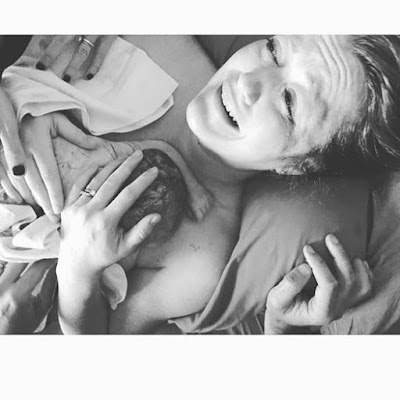 We (or at least I did if Lydie was otherwise engaged, she did not go with me) got to see:  Kay Bruner, Hillary Owen, My Parents (for a very weird Easter dinner at a TX Steak House), Josh and Lindsay Carney, Sarah Ritter, Keight Dukes, Jen Halverson, Dieula Previlon and Sharifa S.

Three planned meetings got wrecked so Kelly, Roxanne, and Gillian all missed on on watching me cry uncontrollably over all the things.

Paige and Michael and the boys have been stationed in El Paso, TX and Michael will be working at a hospital there. They moved last Thursday.  Today they found their house and started moving into it. The Army owns them for the next three plus years and waaaaay west is home now. I have known they would move for a long time, I did not expect the grief of it all.  El Paso is very far and expensive to get to and saying goodbye to so many great Waco friends AND THEM and wondering if we will all still be friends felt sad. Watching Britt and Paige say goodbye, then watching Lydia sob after Paige and the boys left for their flight, all of it was MUCH.

I wondered a few times if my grief was out of proportion when I felt so sad in Texas.  Maybe it is and maybe it isn't, I just know I long for a day of no more goodbyes with people I really love.  Probably totally unrealistic thing to long for, but a girl can dream.

I am SO grateful Lydia decided to join me for this trip and that Britt invited her to the birth.  Lydie was light and joy to me and helped me so much just by being herself and being with me.