a life of deprivation? who is to say?

I walked upstairs yesterday and Lydia said, "Ma - I gotta show you something. Like.Right.Now."  The tone of her voice left no room for stalling or delay.

I followed her down the steps.  She picked up a half sheet of paper and read it to me.

"Mom - it says this - A party for Callie on June 30th. It says we can come at noon and it says bring a swimsuit."

Lydia said, "Well I need to write on here- YES, then!"

She ran to find a crayon and wrote yes three times on the invitation and set it on my desk. I don't know how that piece of paper is getting back to the family that invited them, but she seems to trust it will.

She mentioned the party and the paper about the party thirteen more times before she fell asleep.


Most of the funny things that our kids don't know, we don't immediately realize. It is a weird thing about living here in this different normal.  Lydia has never been handed an invitation to a birthday party.  She is 6 years old and has certainly been to birthday parties, but a written invitation was a new thing for her. It pretty much made her life yesterday. She didn't know the paper was called an invitation, but she took the information very seriously when she read it to me.

When I was last in the U.S. Paige informed me that we have failed at making her and her siblings capable of buying things alone.  "Mom, Hope is afraid to go order a french-fry at a counter by herself." I figured Paige was just exaggerating to make me feel like dump, the way moms and daughters do that ridiculous thing they do sometimes. I blew it off.

Later that week I saw for myself that Hope is not accustomed to going to ask questions or order things on her own. When I asked her to she hung back, afraid. In Haiti Troy does all the shopping.  The kids and I rarely enter marketplaces here.  We don't have to be assertive because he is assertive for us. It is for sure an epic failure, one we still have time to fix, I hope. Our kids should probably reach 18 with an ability to order food or buy something at a store.

I can easily see the failures and mistakes - the things they miss out on - but allow me for a brief moment to also recognize the unique and cool things that happen BECAUSE they live here.  First of all, they love their teacher(s) so much - like, these are people that will likely sit at their wedding(s) one day.  We are crazy blessed by Jimmy and Becky Burton teaching our kids. We are excited that they will be back for a fourth year this fall.

The week in photo review ...

One day this week the kids were allowed to don little bee-keeping suits (ignore the bare feet).

They got to get up close to the hives and taste honey straight from the honeycomb.

Lydia said, "That honey was soooooo good. Now I think that bees are awesome instead of horrible."

I asked Noah to give me a synopsis of what he learned. Without exaggeration he talked for 45 minutes straight - barely stopping to breathe. I so wished the expert was here to know how much of Noah's information is accurate. He seems to have recalled everything he was taught. The most interesting thing Noah said, "Mom, get this, bees have photographic memories - they memorize your face and can remember it later if you return without the mask they will sting you later."

(Joseph Bataille is a friend and beekeeper - some of his bees live on Heartline's property right behind the kids' school building. He bought little beekeeper suits a while back and he graciously taught the kids about his work on Wednesday.) 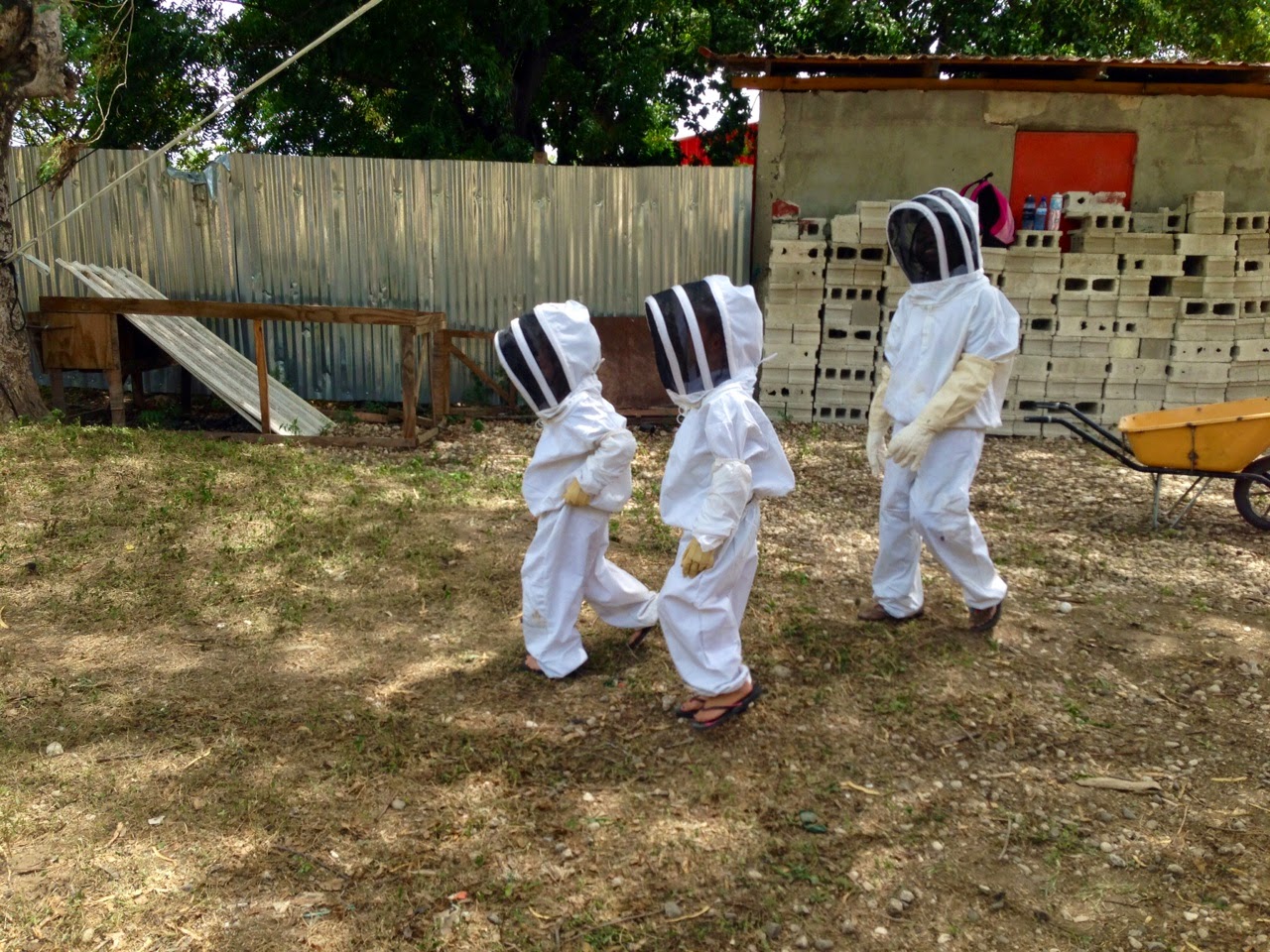 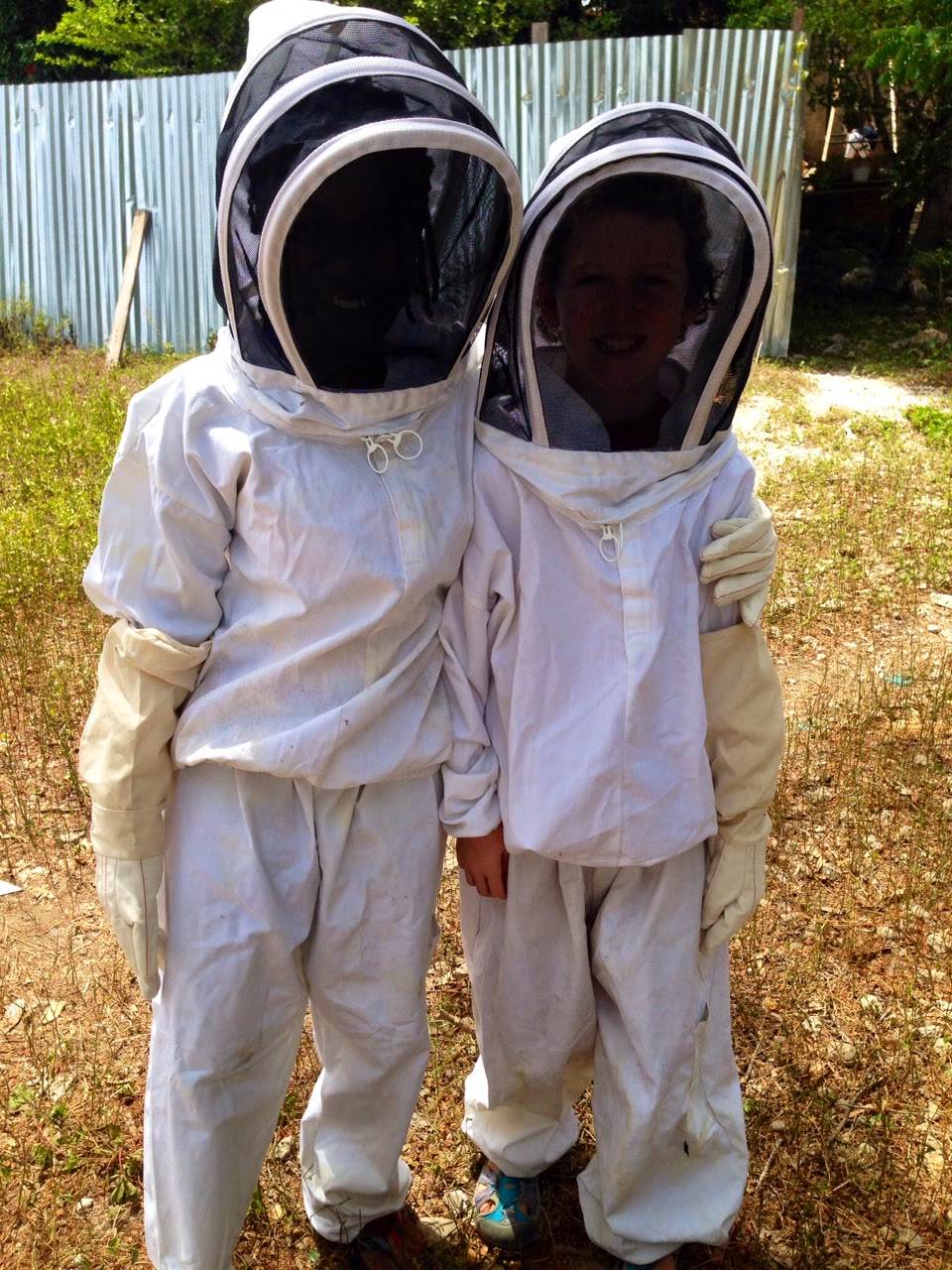 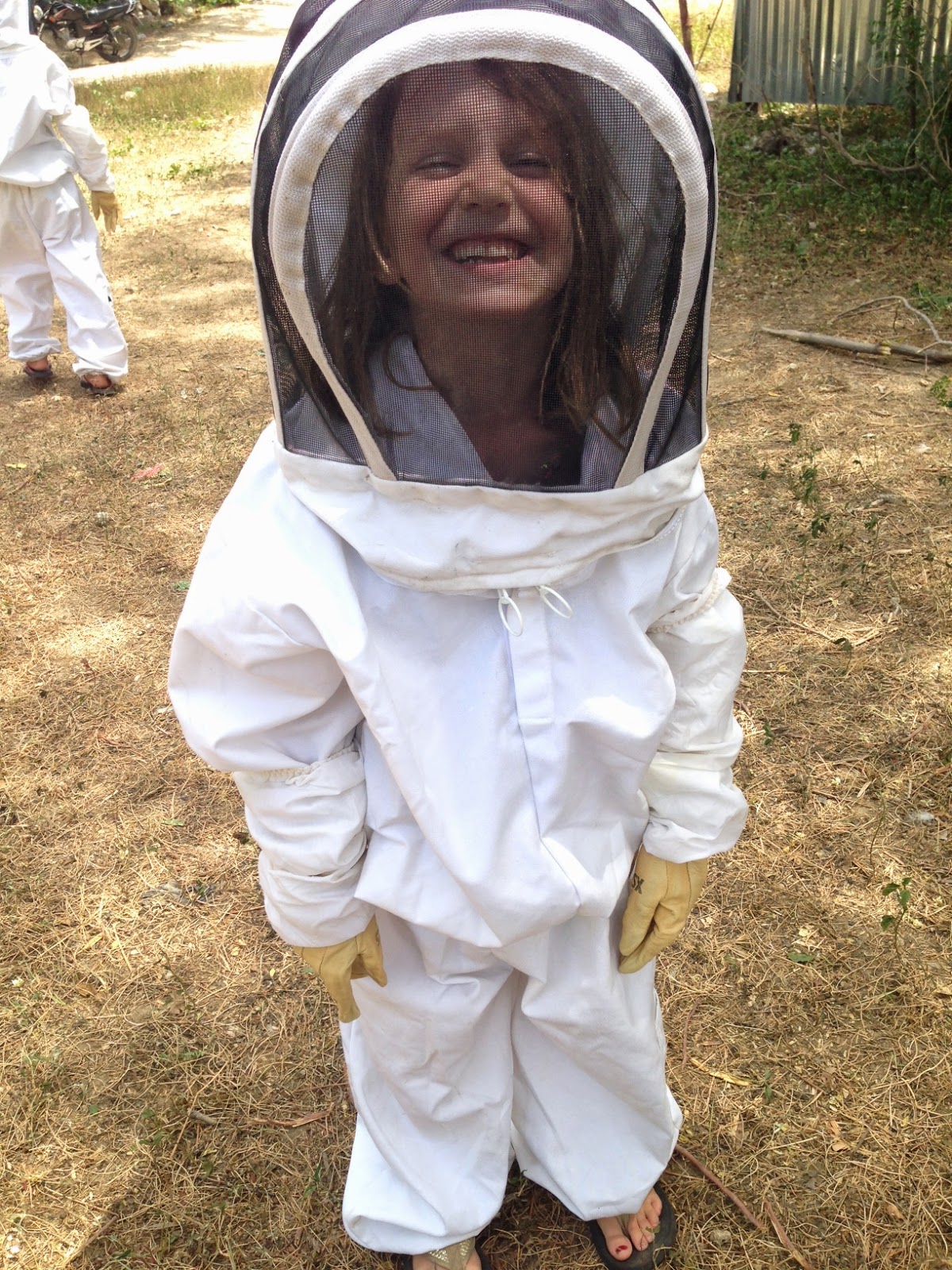 A veterinarian named Kelly Crowdis came to talk to the kids this week, as did her friend Rhoda, an agronomist. Noah said, "One taught us a lot about plants and then for like 40 minutes we were asking questions about the food chain. We learned words like Oviparous and Viviparous. We were asking a lot of questions and especially Isaac did, then we learned about goats and that they have four stomachs and if you put a stethoscope on the goat you can hear some cool sounds of the liquid moving around their stomachs and their heartbeats are way faster than humans."

Then he said, "Ms. Kelly was asked by Isaac if she ever worked with Crocodiles and I was like, Isaac, don't ask that (rolls his eyes) and then of course Ms. Kelly said, no she hasn't but she has worked with snakes. She told us about helping a snake in a mouse trap." 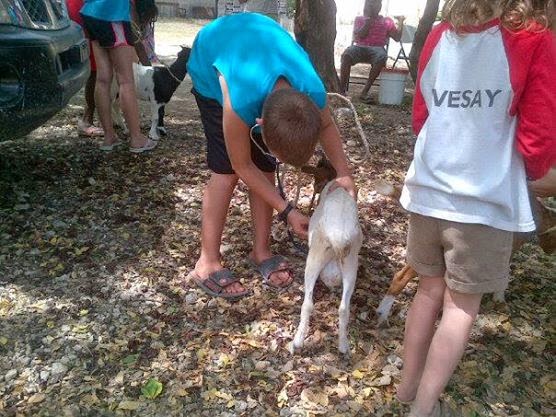 A visit to the Maternity Center when newborns are around is one of Lydia's favorite things. All the kids stop by on occasion, but Lydia really loves it. She stopped in to behold the miraculous little Sophonie today. 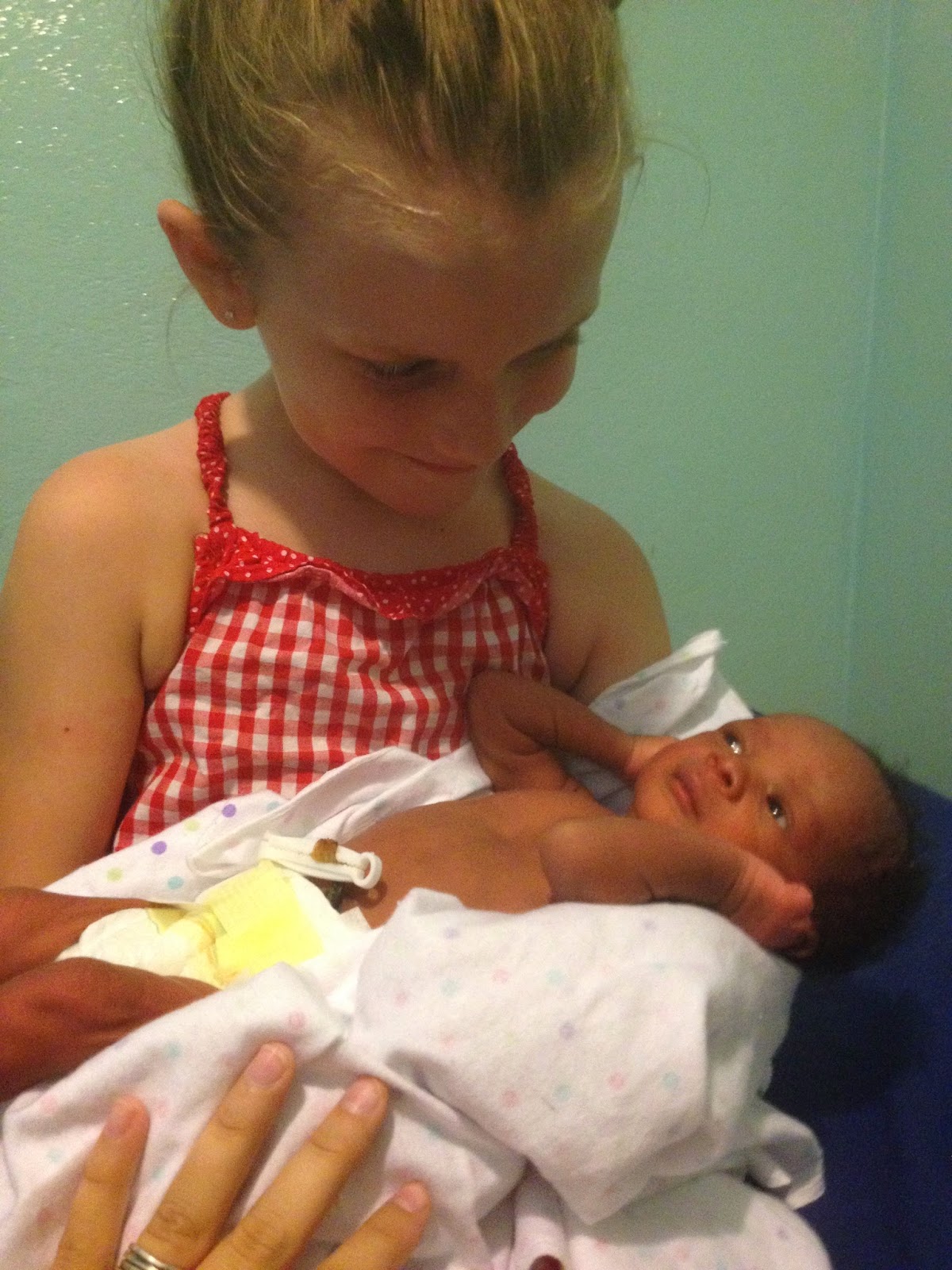 So they don't know U.S. currency and they cannot confidently order from a fast-food menu or easily go visit a park or playground.

I still say, this. is. living.