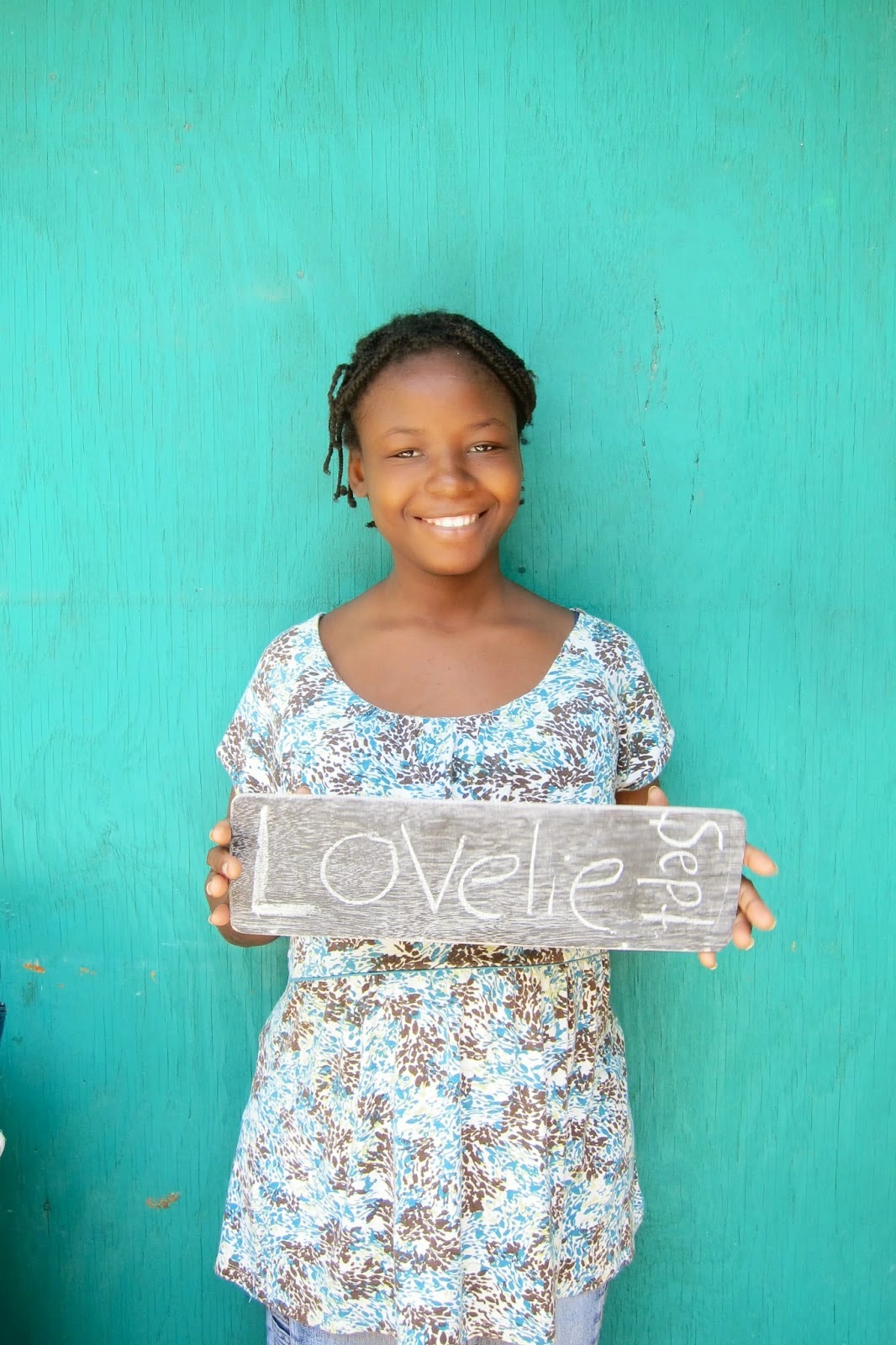 All the Stevie Wonder fans are swaying in their seats.

Such a great song.


Lovelie's younger sister, Ketia, gave birth and went through our programs earlier this year.  Ketia was a joy to work with and get to know.   Everything in Haiti is about relationship.  There is an unwritten code that requires that each person look out for their family and close friends.  In this case it meant Ketia telling her big sister Lovelie about the Prenatal Program.

When Lovelie first came on a Friday to ask to be accepted or put on the wait list, we said, "Sorry, we don't have space."  About six weeks later she came back and asked again.

The second time around she got a little bit bolder.  Bold is a relative term, the bold I am describing for her is not very bold because she speaks quite softly and is shy by nature. On her second Friday visit Lovelie shared with us that Ketia was her sister and that she had been in a very bad accident in 2013. She lifted her skirt to reveal a significantly damaged right leg.  On that day we took another look at how many women were due in the month of September and decided to make space for one more.

As the story goes, Lovelie was hit by a truck while walking on the side of a street.  She ended up at an MSF (Doctors without Borders) hospital. Initially they sent her away and said she was okay and should go home - but within a day or two it was a major infection and she was admitted to the hospital for months of recovery and skin grafting. Currently her upper right leg is sort of half missing, a giant portion of it - gone.  The bottom of that leg and her foot is quite swollen, possibly being made worse by the weight of her growing baby. Her left leg is not quite as swollen and has scars from the skin grafts.

The folks that hit her promised to help her, but that never came to be and they stopped returning her calls.

Lovelie is having some trouble with her leg right now. The skin had been completely closed and healed over and it has recently reopened in one place. Her first baby is due in late September.  Dr. Jen consults on all cases that are out of the ordinary and she has a plan to help get that leg healed up quickly, we are grateful for that but also would so appreciate it if those of you that pray  -would please add lovely Lovelie to your prayers.