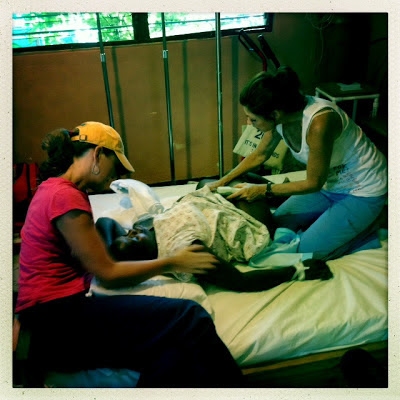 Rania arrived at the Maternity Center Saturday night around 9pm.  The security guard rang Beth and she rushed down the road to assess the situation.  Rania had been having contractions all day. She was in early labor and not having very productive contractions - so we put her to bed and Beth slept nearby in order to hear if anything changed.

Morning came and sweet, shy, Rania reported no sleep, just discomfort and restlessness. We started encouraging Rania to walk the perimeter of the yard and to climb the steps to the roof. She complied even though she was already pretty weary. Throughout the morning we asked, "Do you remember, is this like the last time?"  "Pa telma" she said.  (not really) - only insomuch as it was exhausting and painful.

A videographer is here this week to document the Run for life. (Photo credit: MK Smith) Because Sunday was a rest day for the amazing marathoner, the videographer/photographer was able to join us for the long Sunday of labor-watch.

Beth asked Rania if some film could be shot and explained it was about Barry's run and building the new maternity center.  Rania replied, "I remember Barry, he is running from Port Salut all across the country, my mother and I have been praying for him."  We were touched that a busy mom of six, about to have her seventh, would have any space in her mind and prayers for something that is so very foreign/American and strange in the eyes of a materially poor person just trying to feed and shelter their family today.  (Try explaining how running insane distances equals donations for a new building -  it doesn't translate to anything sensible.)

The day wore on and Rania was not behaving as grand multiparas are expected to behave in labor. She stalled out and needed to lie down mid-afternoon. By late afternoon (nurse) Winifred had joined us.  It had taken 30+ hours of labor to arrive at 5cm and Rania's baby's heart began decelering with contractions. Rania had shared with us that she was a little bit afraid of hospitals and doctors and had said that she gave birth to her six kids at home in order to avoid them. We knew that and SO wanted her to be able to stay with the supportive and sweet individual attention style of midwifery that we practice. We had reiterated over and over throughout her pregnancy that as a bit older momma of many, her risk for complication was increased - an unattended birth could be dangerous.

The senior midwife on the scene makes the call in questionable situations. Beth made a good one and decided we'd better not risk the possibility of hours and hours of more laboring to arrive at 10cm when Rania's baby was showing signs of stress. We loaded up the ambulance to head to one of the hospitals, unsure if they would have space to accept Rania.

Upon arrival we learned there were two spaces open and Winifred heard the folks at the hospital agree that getting baby out quickly was important. She heard the nurse say "prepare the O.R.".  Winifred walked out to the ambulance to tell us that Rania was accepted and also to walk Rania's mother back into the hospital to be with her. By the time they got back to Rania she had delivered!

We've since learned that when she arrived at the hospital she was 7cm  (thanks to the bumpy insane roads of Haiti - a positive side of this annoyance) and within five minutes of that she was 10cm and the baby arrived before they could get her to the C-section table.  (36 hours for the first 5cm and 30 minutes for the last 5cm) The baby had the cord wrapped three times around its neck, explaining the slow and very long day-and-a-half of laboring without great progress and explaining the fetal heart decels.

Rania and her mother were informed of her progress all throughout the day. Sharing the details of the decisions being made and the reasons for them is important to what we do.  Women all across Haiti have had procedures and other medical care that was never explained to them. Sometimes women tell us they don't know why they had to have a C-section. We explained to Rania why we were taking her to the hospital. This is not to say every hospital and every medical professional is unkind or unwilling to share details about what is happening. It is however true in many and probably most cases that a cultural problem exists -  it is not at all uncommon for the educated (for example a doctor or nurse) to treat the "uneducated" (most of the women we serve) disrespectfully and even with disdain.

We were very sad to miss the opportunity to give Rania the calm and drama free experience we'd prayed and hoped for her to have. In hindsight we know that had Rania not come to enter our program or had decided once again to deliver in the privacy of her own home, her baby would have died and possibly worse.

She finished her marathon and was handed the prize of a living baby at the finish line.

It is an honor and privilege to be here in Haiti running with these tenacious women as they endure challenge after challenge. 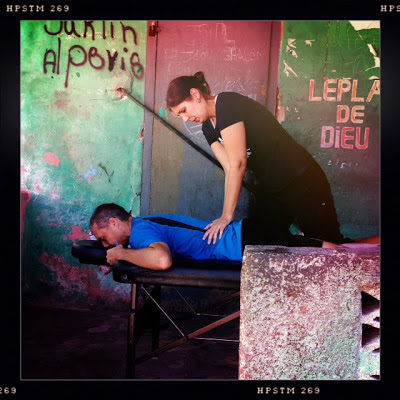 Meanwhile, 75 miles north, Barry continues his quest to cross the nation of Haiti on foot (315 miles the total goal) while raising awareness about the maternal health situation here. (Dr. Jen working on his low back on day 8 above.) He has run day after day and is closing in on his goal of 12 marathons covering the nation in 14 days.

Today he completed his ninth marathon. (235 miles) He will run Tuesday and Wednesday with the finish line in sight on Thursday afternoon.  The terrain is getting more difficult as he approaches the mountainous north of Haiti.

The donations toward this cause have plateaued in recent days. Maybe you can share this post with friends and family. Perhaps you know of a mother in the developed world that had access to great care and is able to provide everything for her child ...  Maybe you would consider giving a gift in her name to love, help, and serve the women of Port au Prince and help cheer and propel Barry to his finish line. 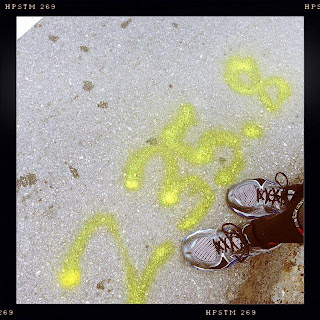