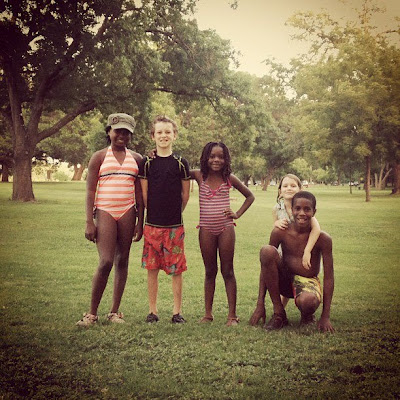 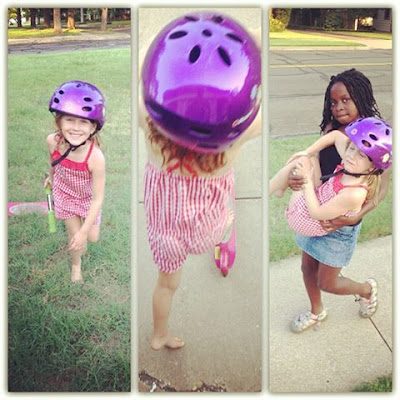 Here in the center of Texas, we're calling it.
Summer. is. over.
(not the weather, but the activities) 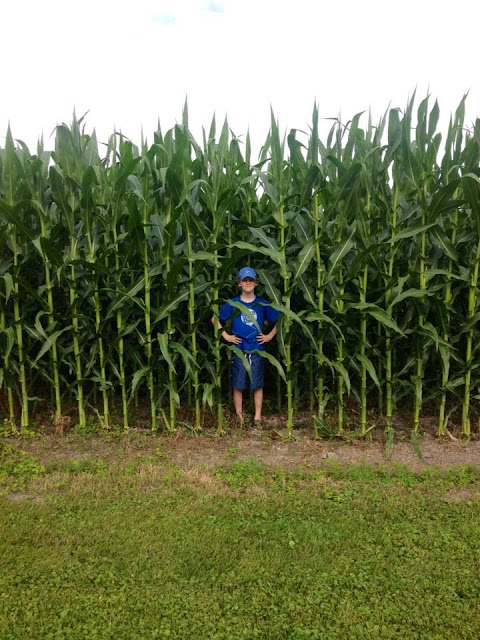 We've been here in 'Merica' for four weeks. I think "transition" has mainly been conquered. That is not to say that we are totally functional here yet, but it is to say that we are not quite so half-witted and dopey in our approach to this cray-cray life-style.


It is entertaining (and precious) to notice all the words and things that have no meaning or assignment inside the noggins of our kids.  For example:


The amount of running and getting crap done that we have accomplished in the last ten days is crazy impressive. It matters not that it is not impressive to anyone else. *WE* are impressed at our ability to knock stuff off the list in a fashion that some might even describe as "responsible". Our arms are sore from all the stretching in awkward positions to pat ourselves on the back.

Paige is living with us until October. In early October she will move into her new place. The amazing kid managed to get herself invited to live in a historic house in Waco that is now a Bed and Breakfast. Her rent is low and they've offered her a job there. Rough life, huh? We're excited that she'll have someone playing a grand-parent role and looking out for her. Britt and Chris live very close to her new B&B home too. We like living with her; we think not living with her will be very lame. We also think we'll see the floors of the rooms she has occupied and we have always wondered what lies beneath.

The car we bought Paige came with issues that morons that don't live in Texas did not foresee. Apparently a repo-ed car that has not been registered for a long time is a big hairy deal to fix. I drove it to Fort Worth twice with expired stickers. The lady informed Troy that he was dumb and a $1,200 ticket could have his name on it if it were not for her good graces and his good luck. Making all of that right meant a lot of confusion, playing dumb (not a difficult acting role), pleading for mercy, paying out the nose, etc, etc.  Paige has to share it with us until we head home to Haiti, she deals with it ... It's the whole "beggars can't be choosers" thing.  She mastered all five speeds of the stick shift on Sunday and came home with her arms in the air. No time for losers, she is the champion of the five-speed-driving-world.

Last week I was driving a couple hours west to work with a rural Texas midwife for the day. I was not paying close attention to how often the speed limit changed on the rural road I was traveling. I got busted going 70 in a 55 zone.  The (male - about 40 to 50 year old) cop came to the window and said, "I see you have mapquest directions there, where are you headed in such a hurry?"  I told him I was headed to work with a midwife a couple of hours west. I told him I was sorry, that I did not realize the speed limit had reduced to 55. He said, "What? So you are fixin to be a midwife? Wow. Well, what do you think of that water birth stuff?" We then spent a few minutes discussing the merits and oddities of water birth.  He left with my license and came back and said, "I am just giving you a warning, no ticket. I think it is really cool what you do, good luck with your training."  Even though it has been several days, that exchange is still making me smile.

Sunday afternoon we took a private family-only CPR class. We laughed our butts off, passed the test, and mocked Troy for getting the low score.  Our son-in-law, Chris, was our instructor and we made sure he left our class appreciating his regular, non-relative, CPR students. 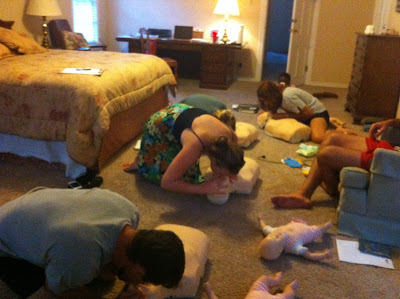 Lydia said, "Well. Weird. I didn't know Chris knows all about babies and pushing on thems chest like that." 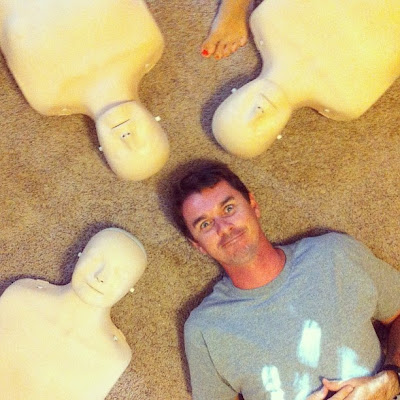 Monday I had a class in Dallas which also allowed me to meet up with these inspirational friends for a few hours . Both of these ladies hail from the Caribbean and are insanely wise. It was a huge gift to talk with them about everything from motherhood to racism and things both trivial and deep. The precious little man in the green greeted us with, "Sak pase?" His Momma worked to make sure the real-deal Haitian and the poser/faux Haitian felt welcome and at home. 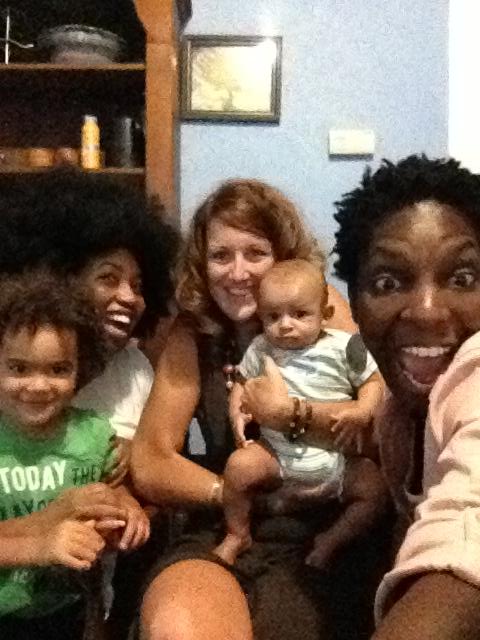 Isaac and Noah continue to be obsessive about all wild-life. They use every second of their spare time to study animals and make lists. Noah just dropped in a moment ago to tell me which whale is the nimblest. (and I had juuuust been wondering that)

Today Paige started college.  Troy started his class too. I think that the older student had some pretty serious nerve issues. I've started in on all my required stuff that has to happen while here in the USA. The three middles started working with Caroline, their sweet new math tutor.There is a lot of starting going on in these parts. Here is to hoping and praying and believing for the finishing too.

The kids were asked to write these three answers:
1. Favorite thing we have done since we got here?
2. Most challenging adjustment?
3. What do you think about or miss from home/Haiti?

Noah:
"The most amazing and fun thing I've done this summer is white water park. It is in Branson. It was fun. For me the most challenging adjustment is my relationship with other *people. The thing I most miss about Haiti is our dogs, pool, and house, also, every person.

Hope:
"The most exciting or fun thing I've done since arriving in America was when we traveled on this amazing trip to Branson. We had a lot of fun. We swam in the huge lake, and in the pool at the place we stayed at. The most challenging adjustment since arriving here is chores. An example- sweeping, dishes, being a good sister, it is hard. The thing I most often miss is our wonderful friends Geronne and Jenny and our sweet dogs.

Isaac:
"The fun thing I think we've done since we arrived here is our trip to Branson. I went to White Water Park, which was exorbitantly awesome. We went tubing at exhilarating speeds. We also were able to spring off of a cliff. I loved our family trip. The most challenging thing that I have had to get used to is trying to play outside every day. The sweltering sun bestows a burning atmosphere making me stay inside. Good thing that today the good weather has stymied the bad weather. The thing I think about most at our mountainous Haiti home is our two dogs, the Salvants, and Geronne and Jenny. I miss and love them all.

*Noah was very ticked off about this assignment, therefore his relationship with "other people", mainly Troy, was quite difficult in the moment that Troy assigned this work.
at Tuesday, August 27, 2013