The alternate reality experienced by our kids is quickly exposed by the questions they ask and the observations they make. The truth about kids growing up in between cultures is that they feel at home everywhere and they feel at home nowhere. All at once. That is true for many adults too, I suppose. The kids are tasting both realities and we're trying to time our unpredictable melt-downs just one-family-member-at-a-time.


The sound of gagging echoed throughout the recently remodeled ladies room of concourse E. I tried to ignore the fact that the sound was clearly coming from my youngest child.  I continued to take care of my own business from the farthest corner of the same ladies room. As I washed my hands, dried my hands, freshened up my hair, and still no 5 and 6 year old girls appeared before me to wash their hands, I knew I'd made a tactical error. Two girls, one stall, zero parent =  Failed plan. Abort mission. I approached the gagging sounds and the commentary became more clear "sick, sick, you are so siiiiick".

"What is going on in there girls?"  I asked.  "Phoebe pooped, she cannot know the right wiping way", Lydia said.  "Okay, Please let me in." I begrudgingly replied. Once inside the stall I understood the active gag reflex in an entirely new way.

A number of days later, after another flight, a pair of Lydia's underwear were handed to Troy to dispose of for similar reasons. It turns out "she cannot know the right wiping way" either.

Tuesday makes two weeks since we flew away from Port au Prince. In the short two week period we have done an insane amount exciting things.  Taking kids (and the parents of said kids) that don't do more than one exciting thing per month and putting them into non-stop excitement mode, has proven to be a little bit much at times.

We already had the thought that we don't get the the kids out and into stores and large public gathering-places often enough in Port au Prince; these two weeks have proven that thought soooo.very.true.

So far we have:

Those are all things the majority of us haven't done in two and a half years - (or ever). 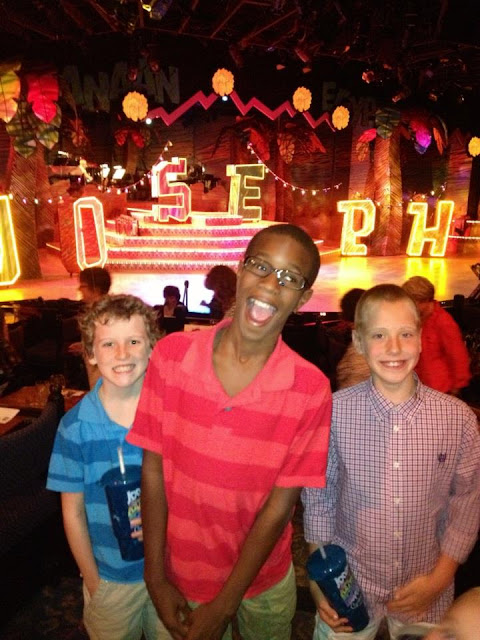 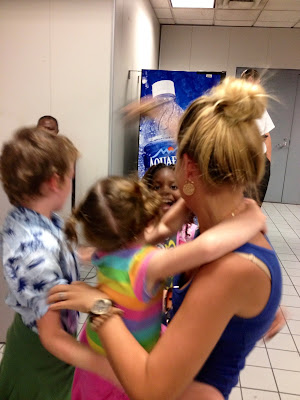 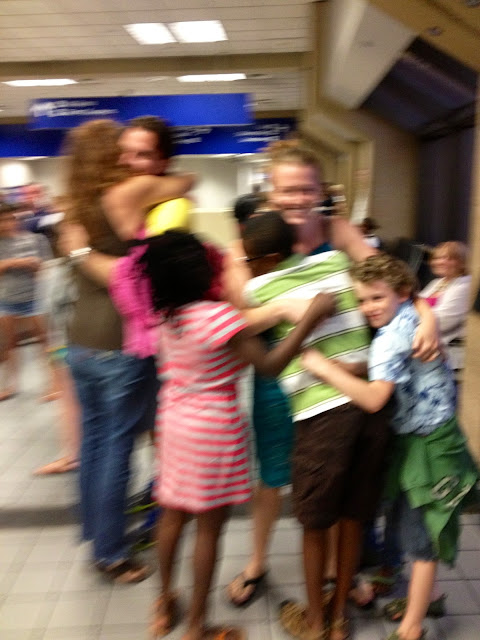 Isaac guessed that there were one million people at the Twins game.  Lydia guessed maybe more like 100 people. Those estimating skills extend into every area. Let us just say, if you want to rip someone off, come find us. We don't know what things cost. The kids need to learn about stores and be exposed to the insanity of marketing and advertising here (if they ever expect to function here) and we want them to learn about making buying choices  - but when the parents are unable to stand in front of all the choices and make a quick or good choice, it gets hairy figuring out who is supposed to teach the kids these things. Ack!

The issues are compounded for me (Tara) because I don't shop in Port au Prince either. I stay near home and the Maternity Center and often go two or three months without entering a single grocery store. Let it be said, those skills that you use when you choose your groceries - those are learned skills. Use them or lose them, people! If you stop making choices you will also forget HOW to make them and you will seem like a moronic or drunk adult to anyone spying on you while you wander around the grocery store.

Choice is the American way. Bless it all. To me though, it overwhelms. "Choose for me" are the three most uttered words these days. Hamburger, Cheeseburger, BaconCheeseburger, BlueBurger, Pretzel bun burger, double burger, triple burger ... Fries, steak-fries, spicy fries, cheese fries, hash browns, baked potato, mashed, smashed, organic ... And on and on it goes. For the love. I just wanted a little lunch; instead I'm in fetal position on this dirty restaurant floor.

Monday was the day Troy and Paige had to register for their classes. That left the kids and I staring at each other. After our reading time we went to the park. We don't have our vehicle sitch figured out and there are not enough seat belts to legally drive the car that we had to the park. Try explaining that to Lydia.  "Sorry, Lydia, but sometimes we put 13 people in a car made for 7 and laugh at how awesome we are to make that work, and other times we cannot put 6 people in the same size car because every person must have a seat belt across their lap."

The laws are so strict and change often enough that we had to buy Troy a car-seat to drive. He's under weight for Texas. I kid, but it is almost that bad.

When we got to the park the kids ran with joy toward the playground. They asked me three times "Do we have to pay at this park?" Again I say- crooks and scammers, find.us. - your jackpot awaits!

Isaac, and most Third-Culture-Kids, can make friends fast.  Isaac pushed a kid his age on the swing and chatted him up a lot. No surprises there. When it came time to leave Isaac said, "Bye, it sure was nice meeting you and getting to know you!" The kid walked away and as he did he said over his shoulder, "I don't know y'all!" Isaac looked at me, shrugged, and said, "Weird, that kid has short term memory problems!"  Noah later speculated that the boy was possibly drunk to not have known that they were getting to be friends as they played together. "He had small red circles under his eyes, Mom. Isn't that a sign of drunkness?"

We are now in Texas. We are trying to be grown-ups operating in the first world. That means finding and hopefully buying an old car for Paige, insuring it, using our seat belts, paying medical bills that have been sitting here waiting on us to open them, organizing schedules for classes, getting Internet access at our temporary house, etc etc.  It is hard to recall the days when we were good at being responsible citizens of this culture. Thankfully there are mice in our house - so we have one thing we can deal with that is totally familiar to us.

On Thursday I'll head north to take one of the required classes for my midwifery certification. It is called "Cultural Competency".
Somebody needs to be competent - and it may as well be me.

Until next time ...
One last thing, re-posting this from earlier:
Dear Central Texans,
If your church is open to hearing about Heartline Ministries in Haiti and exploring the option of supporting the work we do in Haiti, please contact us via email at livesayfamily @ gmail.com - we have the option of a fas-a-fas meeting for the next few months. Thanks for any connections you might help us make. No pressure if you and your people are not interested, we don't want to force anything ... just throwing it out there while we are on Texas soil.