We wrapped things up at Party City (par-tay!!) and left the Naples area.  As we drove back toward the Everglades, south on Alligator Alley, the excitement over meeting Graham for the first time grew exponentially with each passing mile.

Isaac, Hope, Noah, Phoebe and Lydia have never been aunts or uncles before (duh.) and this was a moment they had been anticipating since Graham was born in October. Everyone argued over who would be allowed to come to the airport and who would have to wait at the house.

Before we could go pick them up, we needed to stop and get luggage and butts unloaded from the epic mini van and into the house we would be staying at for the week.

The house was wonderfully bizarre and interesting, it had a large place to chase each other around and play games, (some call it a sanctuary) - this meant only Noah ended up coming to the airport with us. The other kids played tag and went around counting beds (lost count, more than 30 beds in the house) and deciding which one was best to lard on while playing Minecraft.

Noah is true to Paige.  Loyalty is a Troy and Tara value that Noah absorbed, possibly too well. Paige listens to him talk and talk and talk, therefore he thinks she is mainly without fault. The last couple years have been hard on Noah, he has grieved Paige's move to the USA heavily - we keep waiting for him to move to acceptance, but he is still hurting.  This guy came to us with all the feelings. Trusting Michael was difficult for him, but he eventually got there. All that to say, there was no way he was going to stay at the house while we went to get the Gonzales Party of 3 from the airport. He planned to be the first to meet Graham and the first one to hug Paige.

Sunday the 4th:
We arrived back at the house the exact time same time that my (Tara's) Mom and Dad pulled up.

First Time Meeting all the young Aunts and Uncles ... 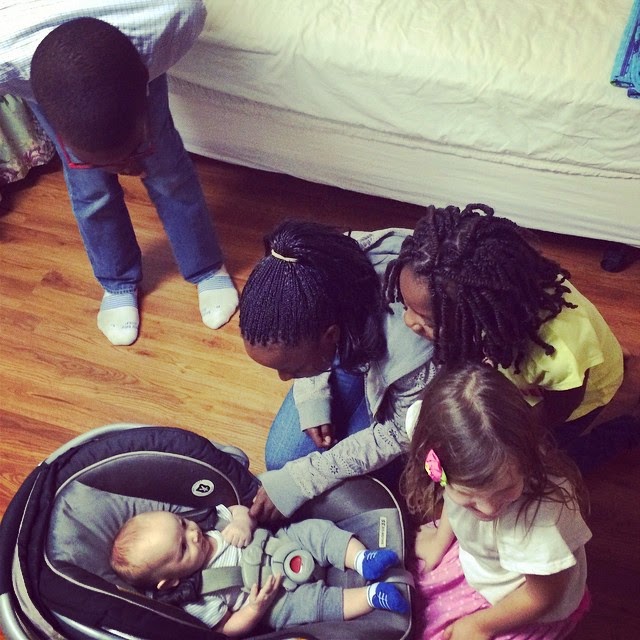 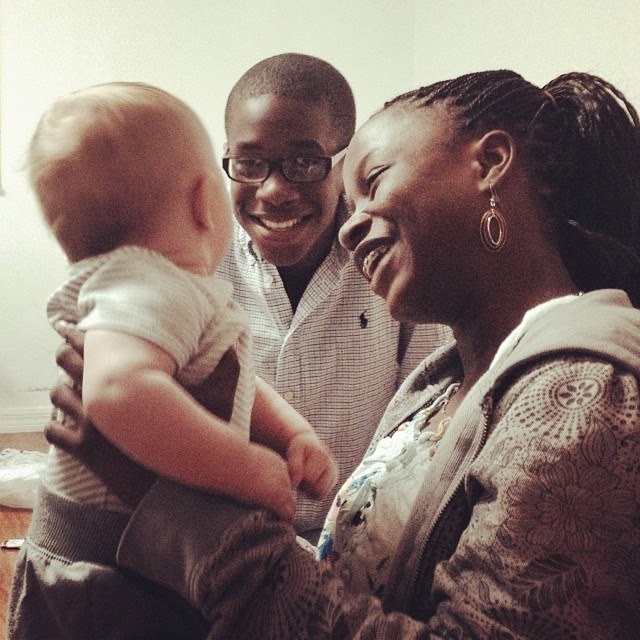 Many weeks prior to the wedding our son-in-law, Chris, had talked to his parents about contacting a family friend to see if she would let us use her ginormous unoccupied house.  (She hosts many missionaries from Asia and has allowed others to use it for events.)  They contacted her, and they helped us a ton by being our local knowledgeable go-to people in the area.  They also held all the packages we shipped ahead for the big day. They ended up giving us a central place to try to be organized while coordinating things from Texas and Haiti.

With the house, we did not really know what to expect, we just knew that she said we could use it and that sleeping 20 people there would be no problem.

We learned that the house had originally been built to be a boys home and that the voters of the community wouldn't go for it and they did not approve the project.  The house had more beds than any house I have ever been in, a giant sanctuary where a lot of dodge ball and soccer were played, a prayer room, and a kitchen.  It slept our people with room to spare.  It was one of the strangest set-ups ever, but it totally worked for us.  Hashtag, because strange loves strange.

We ended up with our entire tribe of 12 there as well as KJ from Haiti, Joel and Gillian from Austin, Jen and Josh and Joanna and John from the Twin Cities, Carn-Dog from Waco, and Julia from Winona, MN.

There were a significant number of unfinished things to accomplish from Monday to Thursday. Some things that had been considered "finished" turned out to not be that at all.  We thought we had chairs, but we didn't. We thought we had a place for the night-time dance reception, we did - then did not - then did - then did not - then did again. I must have called KJ about not printing the program (because no address to give for the nighttime reception) about five times. FINALLY, we found out that the Ranch where the wedding was happening had been notified that the Friday night event cancelled, therefore we could dance back at the Ranch on Friday night.

As I try to write about the week, I realize that I existed in a fog. I couldn't keep the lists and the to-dos straight and at night I laid awake wondering what massive item I had forgotten. My parents and the friends that trickled in each day all offered to run errands and help. People that were graciously helping us all treated me like I was okay, but I felt very floaty and forgetful - but not in a fun one glass of wine way.

From day to day I couldn't remember what I had done and what I had only thought about doing. If anyone handed me anything, there was a good chance I wouldn't recall that interaction later.  Jen gave me new earrings.  Later when Brittany told me she really like them and asked where I got them, I could only say, "someone gave them to me."

My week of Alzheimer's only serves to solidify my wish to be put down once I stop making sense.  I know that our vet friend in Haiti can supply what the kids and Troy need to make that happen.
(I kid. But not really.Don't be offended, please.)

Michael's Mom arrived, my sister, my niece, Paige's best friend from childhood, Paige and Michael's Pastor (and landlord), Britt and Chris came in, the McHouls and KJ represented Haiti.
People rolled in from all over God's green earth. Because of the date we chose and because Florida is not necessarily an easy destination for most,  it was a small wedding (65 people came) - but we were grateful to have so many of "our people" there with us.

In 2013 Paige (and Troy and I) fostered a little guy named Alex.  We have forgotten all the really hard parts of confronting (and being loathed for it) a really bad and corrupt situation with his orphanage because we ended up making good friends with Alex's adoptive family, becoming his Godparents, and seeing his adoption come to completion. Paige was pretty excited when she learned that Alex would be at her wedding.  The Cox Family took their vacation during the week of Paige's wedding, we were lucky enough to be invited on their aunt and uncle's boat one day the week of the wedding.

Lydie and Phoebe worried a lot that they had never even been to a wedding and the pressure to do their part as flower girls without having any life experience really stressed them out, Lydia especially. One night as I put her to bed (waaaay overtired) she cried, "How will I even know what to do. I don't know this job, Mom!" I tried not to laugh, assuring her that the rehearsal would help her sort it all out.

The GreenGlades Ranch is owned by the father of a friend of ours.  She basically provided the DREAM spot for Paige's wedding, and she provided it free of charge.  If I had been given a chance to choose any spot (if $ were no issue and all things were equal) - the ranch is the spot I would have chosen.  When we took Michael to show him for the first time he couldn't believe how perfect and beautiful it was. Paige kept saying, "SEE what I was trying to tell you?!?"

During the floaty week of getting all the things done, I cried a lot.  Just five minute cry spurts. I don't know yet what exactly caused it all, but I suspect the overwhelmed-ness over the loving family and friends arriving to support and stand with all of us, the realization that Paige is really grown up, the lament over how fast it all flies by, knowing the goodbyes were coming again, the concerns for the day to be perfect and all the complicated history and (past) relationships that would intersect again - and on and on.

The wedding was planned in about six weeks (not because we only knew for six weeks, but because Haiti and life and we really couldn't get much planned until December). KJ helped me. She told me what I was forgetting and she used my Amazon account freely to make me look good.

Pastor Carn-Dog showed up and ran the rehearsal like a boss, putting a lot of the fears about organization to rest. Lydie and Phoebe decided they could flower-girl it up, no problem.

Photos from the week... 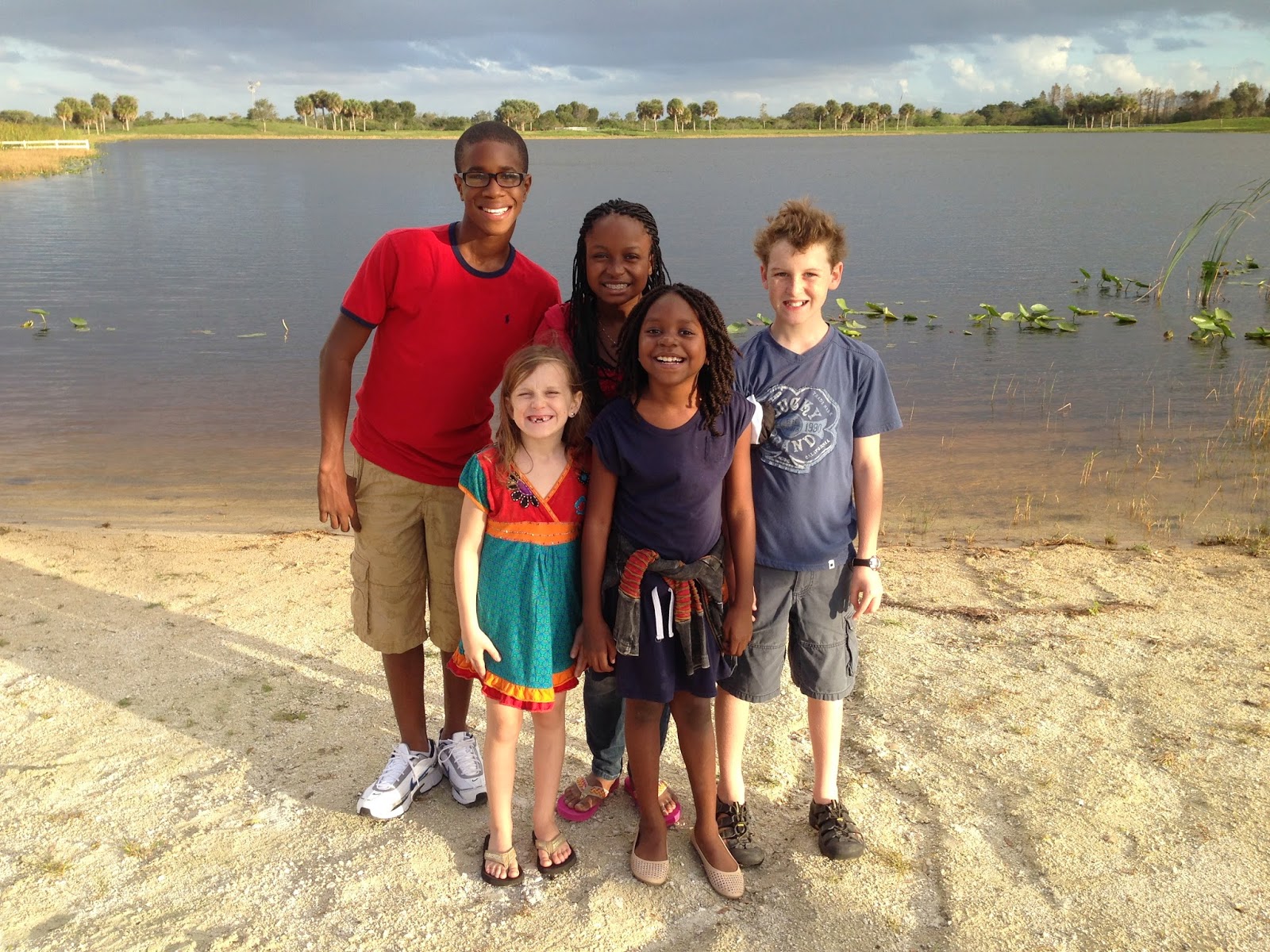 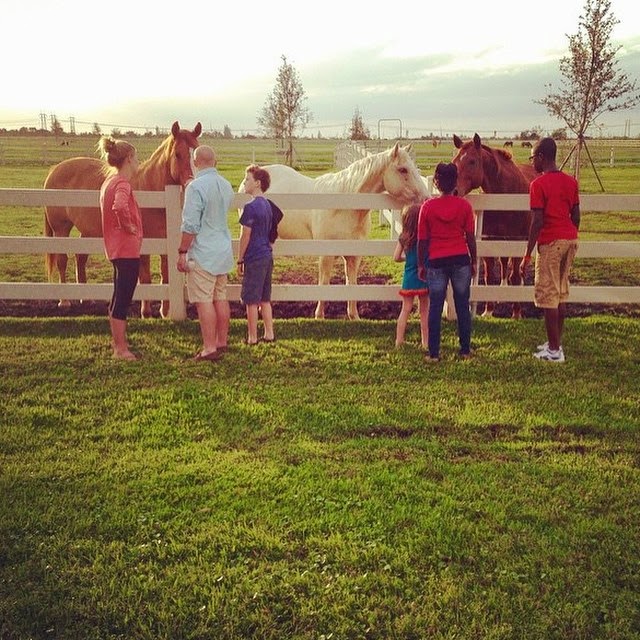 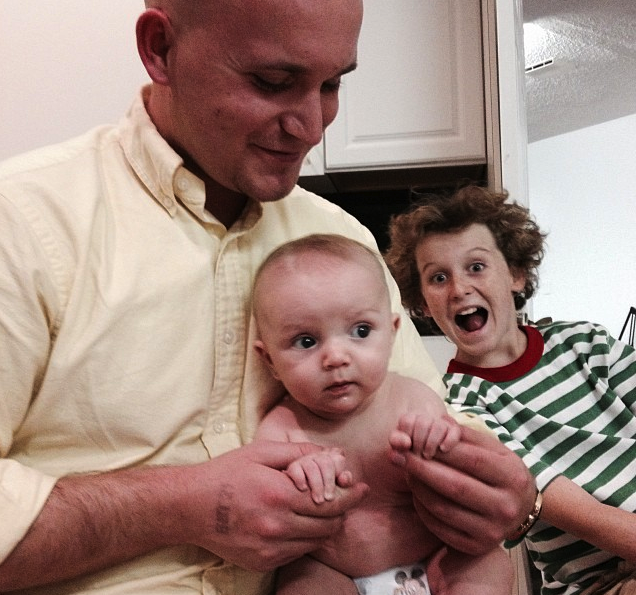 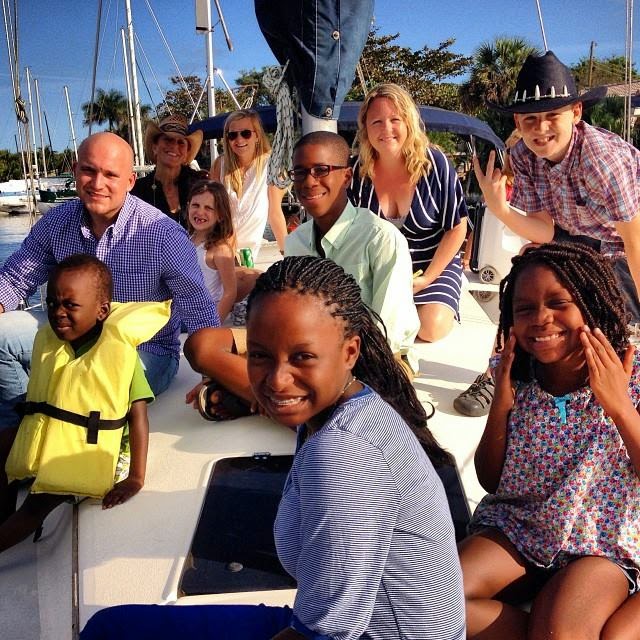 Wednesday - never ending buying, organizing, and finding things I had lost - then practicing dancing and singing : (that is not a video anymore, I screen shot a video)

(Tina and Whit and Julia all flew in Wednesday.)

Thursday (Day before the wedding) -

Troy just reminded me that we got to the USA one week ago. No wonder all of you in the USA are fried-out. This place doesn't stop.

My parents have been here helping a ton with errand running and driving people around and buying the things I forgot.
Wedding is tomorrow morning, weather is supposed to be 70 and sunny at ceremony time. There are a handful of beloved friends in the air today. One more bridesmaid needs to get here, and three friends from Haiti are on their way from the island now. Our Wizard of Oz is coming in today too, he will fix everything broken and make all in the world right. My friend, Kristen is working magic with flowers and while I had imagined a few leaves and sticks, it appears the girls will have lovely bouquets in their hands.
Sometimes, even though I am not really stressed about the logistics of the wedding, I feel like crying. I just go with the feeling - and I cry. Every little piece of watching our kids grow-up and go is like having your heart wrung out wet-rag style. I cannot even identify everything happening emotionally, I just know it is crazy-town up in this heart/head-space.
If you are a praying person, this Mother of the Bride is asking for prayers for baby Graham, Paige and Michael. They will be flying back home to Texas on Saturday and Michael will begin six months of intense training on Monday. They won't see each other very much during those six months as Michael will only get Saturdays off. Paige is as strong as they come, but I know she will really miss her best friend and the adjustment will be a large one.
My goal for this, our rehearsal day? Be the kind of bossy that gets all the $*%# done - but also does not make my friends/family hate me. Wish me luck.

Rehearsal day and Rehearsal at Ranch: 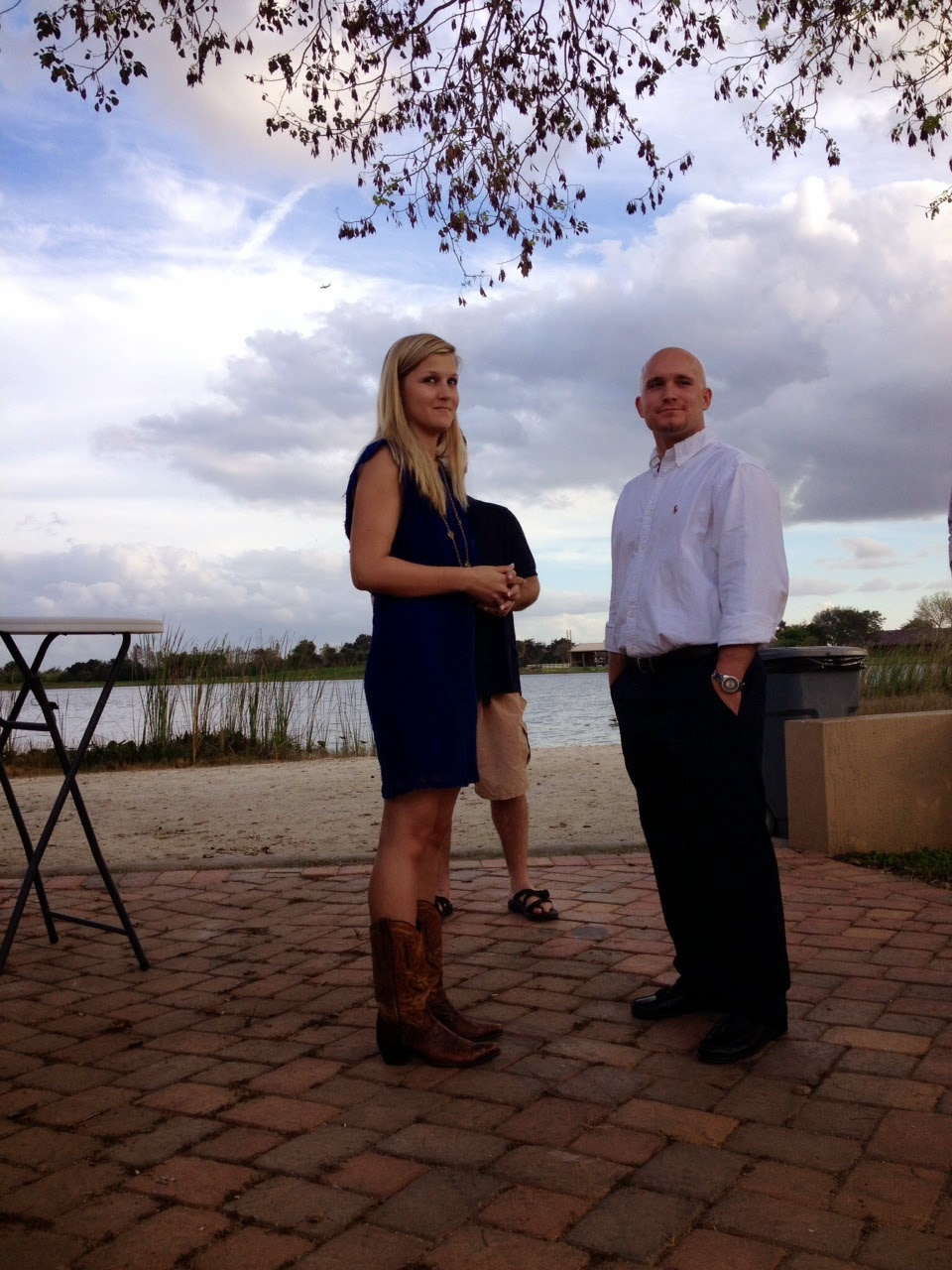 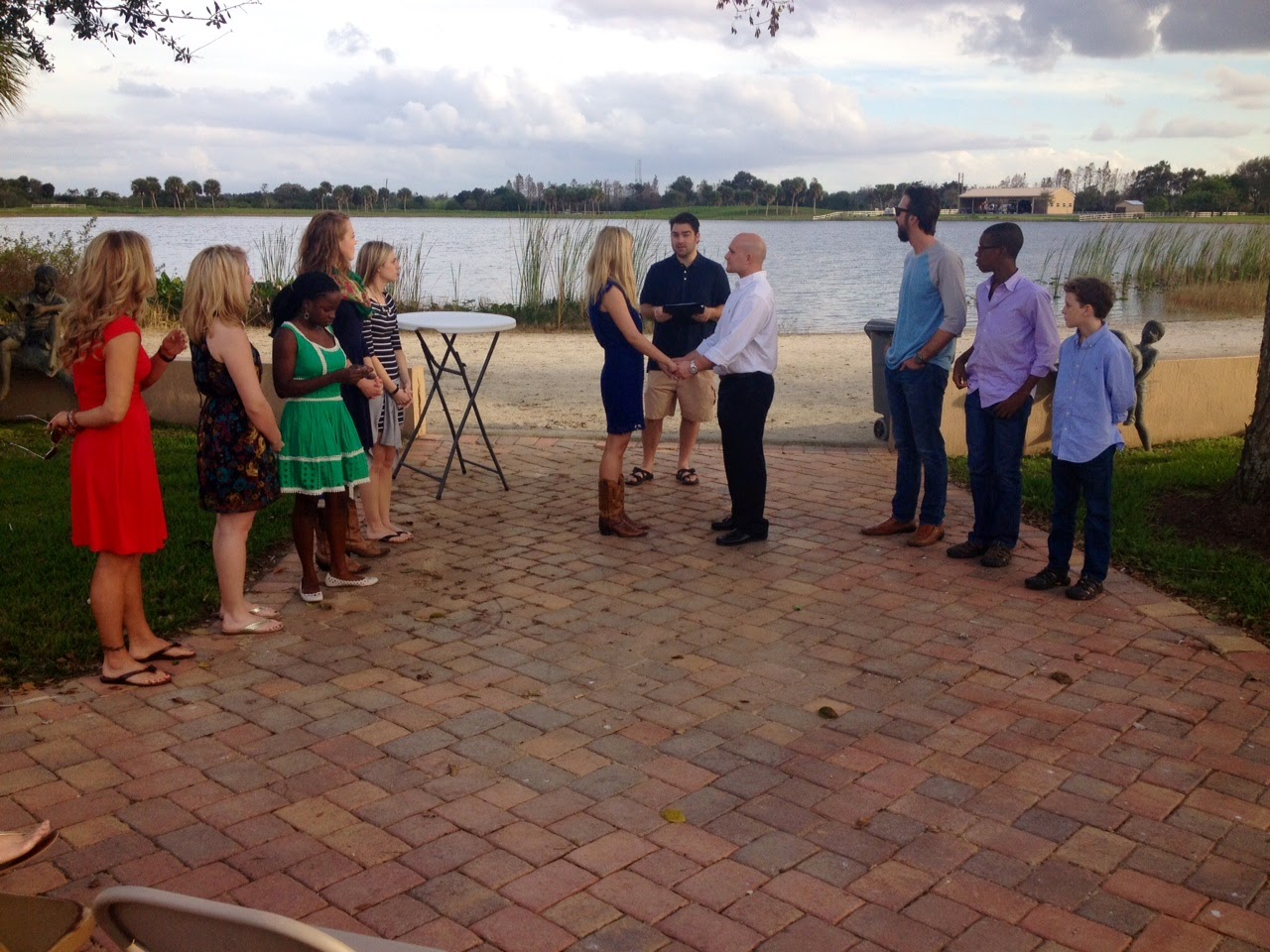 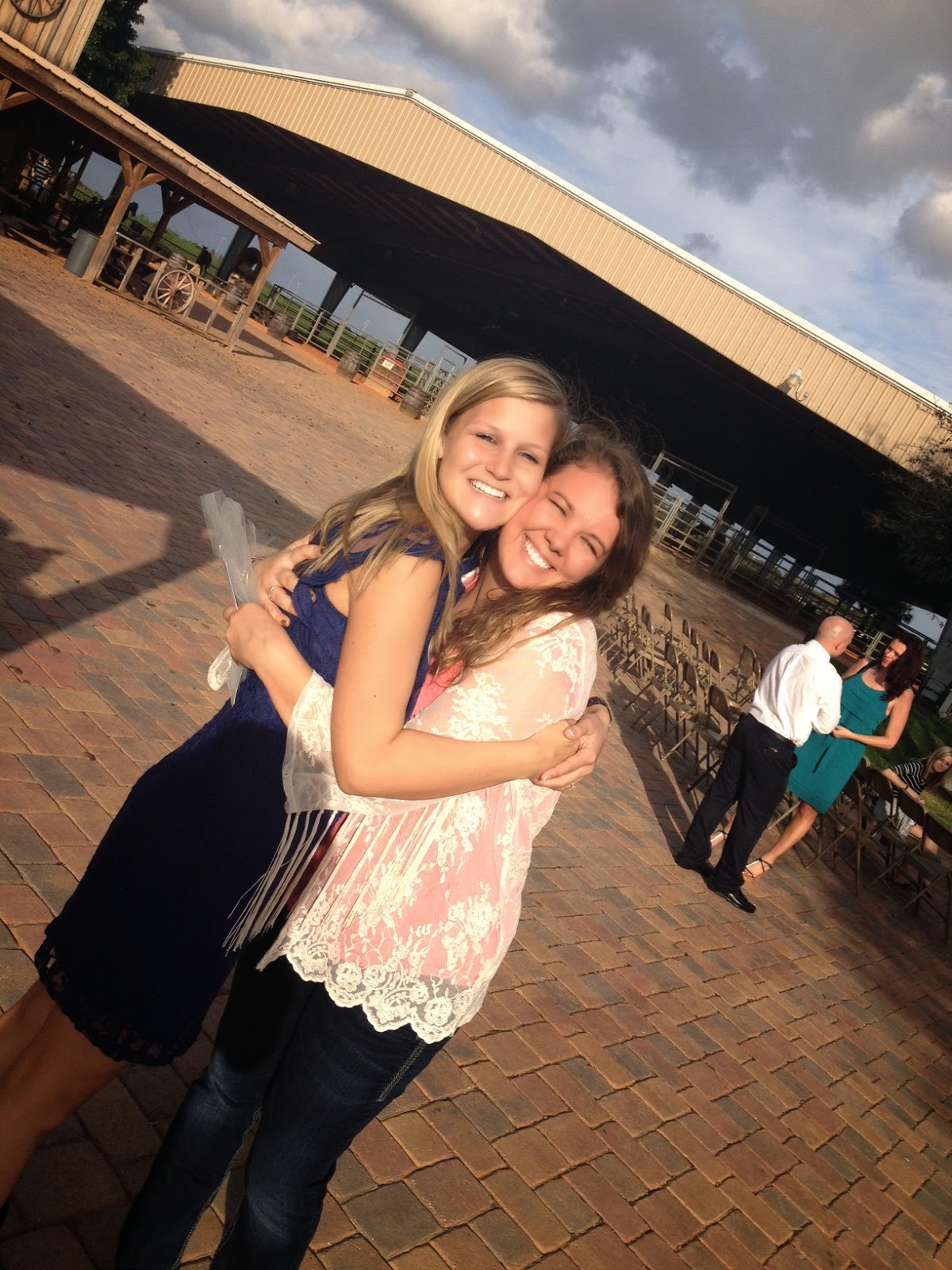 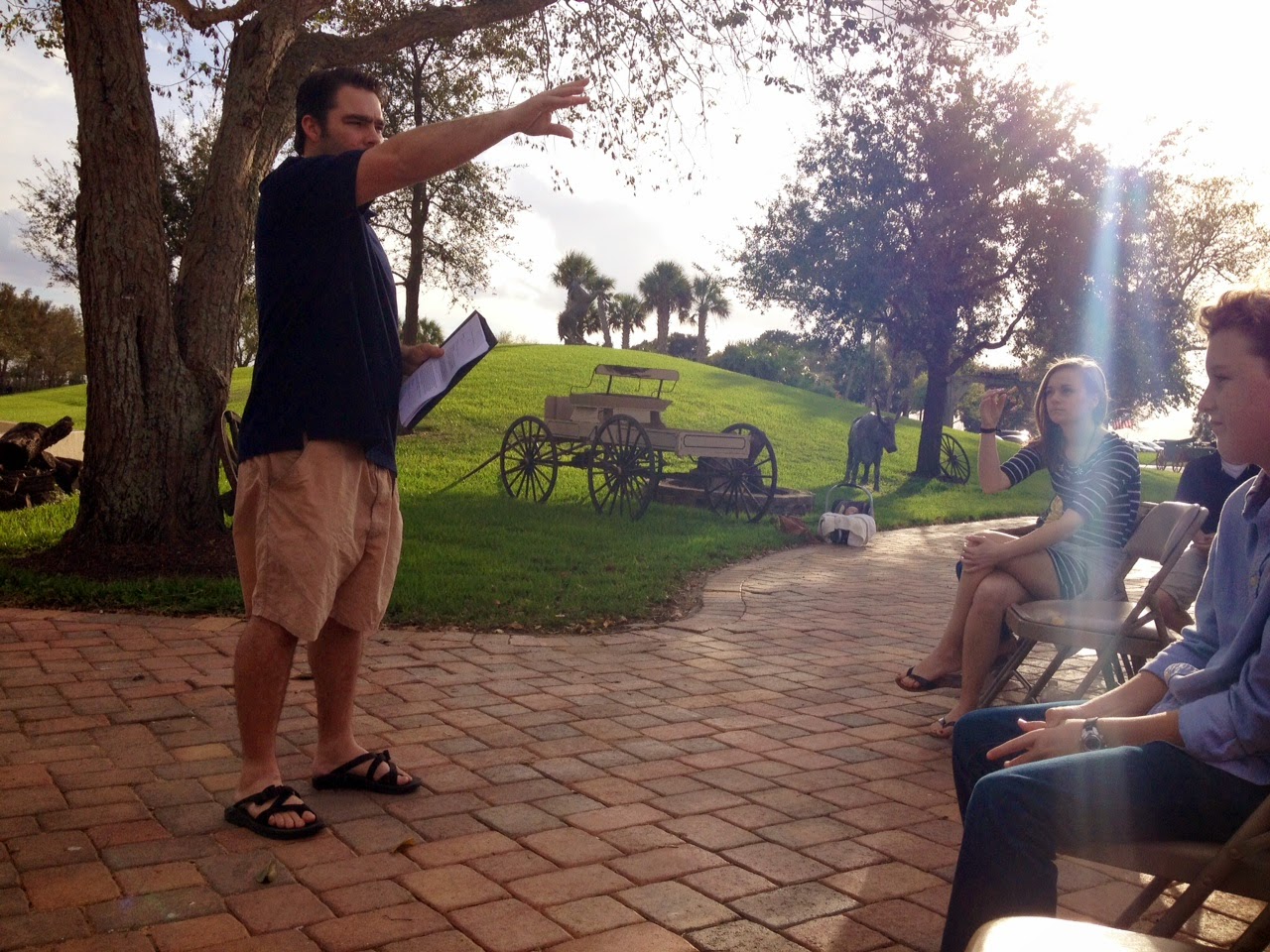