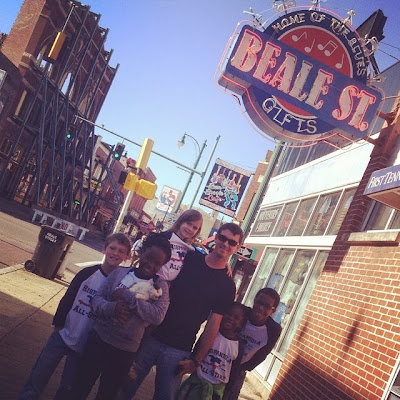 Our five youngest have joined us to celebrate our 15th anniversary this week.

We are enjoying the amazing home of friends in the mountains of TN.  We have school books, we have games, we have mountains, we have fresh air, we have fireplaces. We have these five fabulous fools to make us laugh.

We are playing a card or ten short of a full deck and we couldn't bring ourselves to leave the kids this week so we decided the only thing better than an anniversary trip together would be an anniversary trip with the tribe.  We did the, "How often will there ever really be affordable (free) chances like this?" thing, and realized that the answer was -  not often. Thus, here we are.

The oldest ones are jealous and slightly ticked off not to be along too.  (Work, School, Responsibilities) We explained to the younger five that long before they were sucking air there were vacations and trips for those two girls.  Isaac raised his fist in the air and proclaimed, "Yeah, it's our turn, now!" Then he said, "But man, I sure wish they were here."

We stopped in Memphis and thoroughly enjoyed visiting Beale Street and then the Civil Rights Museum. Standing at The Lorraine Motel, where Dr. King was shot, is a moment I don't think we'll soon forget.  The quest for equality, freedom, and civil rights began 400 years ago when the first enslaved Africans were forced onto boats. Isaac and Hope are old enough to grasp it and they have a solid understanding of history and their ancestors struggle, for them this visit was especially sobering. (Full disclosure, we wished Phoebe and Lydia weren't with us for that few hours.) If you have an opportunity to visit this museum, we highly recommend it.

This puppy decision eventually meant instructing Hope to hide the less than two pound ball of fur in her sweatshirt to get into the Holiday Inn Saturday night. Thankfully, a small kennel looks just like a suitcase. You think romance means nothing involving pets. (We think it means buying a puppy four days before an anniversary road trip and sneaking into hotels with it.) 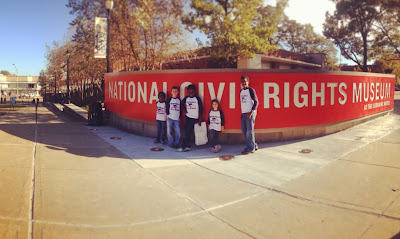 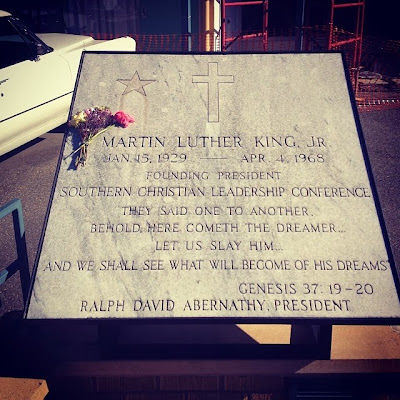 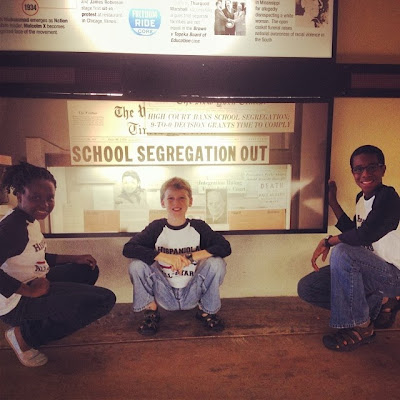 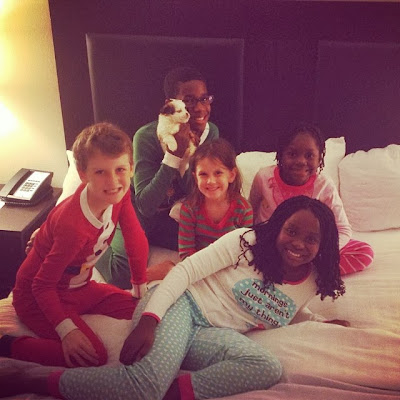 But, here's the thing...How many Blues loving newborn Shih Tzus do you think have seen Beale Street and Sun Studio in Memphis? Really. How many? Chestnut Livesay has. He even took a moment on Beale to relieve himself while listening to the Blues. I then got to clean it up and use a bottle of drinking water and a towel to clean his bun-region and fur of the dingle berry that hung on for dear life. As I was doing that and Troy pretended not to know me, I realized that I am unrecognizable to myself. I don't even know me. Thank goodness nobody on Beale Street Sunday did either. 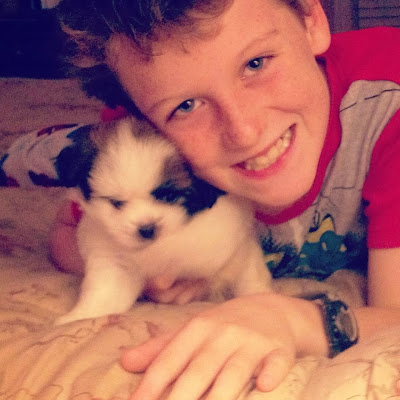 The trade off for giving up our mental stability has been insanely happy children. Troy and I are on day five of being the most awesome parents in the world.  A little poop on Beale Street is a small price to pay for this sort of fame.


Our November submission at 'A Life Overseas' is up today.
at Tuesday, November 12, 2013