On Race and Inclusion 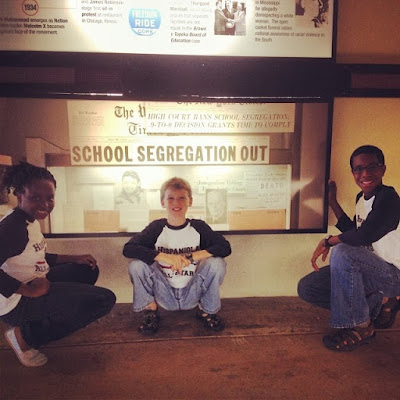 A few years back our family experienced the National Civil Rights Museum in Memphis, TN.  What a gift that day was for us.

Standing in that place and learning more together as a family about the racism and hatred that did (and does) divide us was transformative. Perhaps it was transformative especially for Troy and I, the parents charged with raising children who are experiencing the world from diverse and uncommon vantage points. The children adopted and born into a trans-racial family.

At one time we were a transracial family of seven living in a rural and white part of Minnesota.  Then we were a transracial family of nine living in the black country of Haiti. The lessons we learn (are still learning) in both locations are valuable and sometimes difficult.  Unfortunately, the curse and sin of discrimination and racism exists on all soil and in both of the places we have lived. 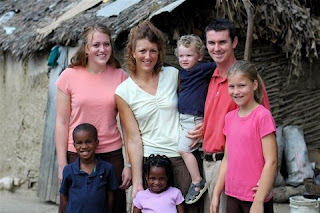 I cannot easily quantify the things we have  learned on this little island, but I do know that learning what it is to be the minority and to experience a bit of judgment and skepticism based mainly on my skin color has been an immeasurable gift, especially to my Haitian children whom I can now better empathize with and honor.

For our kids, the most comfortable place is hanging out with another family just like ours.   The fact is, when we are out and about in Haiti, we stand out. When we are out and about in Texas or Minnesota, we stand out.  (And we aren't total dummies, we know the standing out has much to do with our sheer numbers and Lydia's Nick Nolte-mug-shot-hair- it is not only our colorful family-members.)

The place the kids (both black and white) felt best understood and known was with the family we were close with that also lived and worked in Haiti and had two brown and three white kids that were similar ages. Perhaps the gift of this particular family and the way they were especially able to "get" us is why their necessary return to the USA sent a couple of our kids into an especially long grieving process.

It is important for all of us to have a place we feel we belong. A place we are known and accepted. A place we don't feel 'other' or odd or different and alone. I know that is true for my tribe. I assume it is true for us all.

Over the years our second to youngest daughter (Phoebe) has wished aloud to be white. The baby of the family (Lydia) has wished aloud to be Haitian or adopted. One time she told me, "no-fair, I am not adopted and I have only one mom!" I think what they were both saying at the time was, "I feel different or alone right now and I want to feel the same and included."

When our daughter Hope was just four years old we were walking together through a toy section of a local store. She has always been short in stature but unusually feisty, introspective, and observant. She had the tiniest little Mini-Mouse voice combined with the fierceness and moxie of Muhammad Ali. She said, "Momma, why don't any of these doll-babies have my color?"

I have not forgotten her question. It reminds me that she needs to see herself when she looks out at the world.  She wants and needs black female role models that she can relate to and identify with like our friends Dieula or Agathe or Angela.

A deep sense of belonging is more important than I once cared to admit or recognize. As a parent I hope and pray and desperately want my children to grow up believing and feeling they belong to God, and it is my responsibility to show His love to them by reflecting it. One way Troy and I are choosing to do that is to be careful not to discount the fact that each of our children experience our world in unique ways and as a result they need different help and encouragement from us.

I am loving the new series that Bryan and Angela Tucker are working on right now.  If you are an adoptive parent, or honestly even if you are not, they are doing us all a great service with their new series called The Adopted Life. It specifically points to issues of race and inclusion but also it reminds us that we are all seeking to be known and understood.

The article below was published last year, but I just came across it this week. I found it fascinating which is why I am sharing it here. It is the story of a woman named Harriet asking that a black child be included in the Peanuts comic strip.

(Click title above to read the entire article at FlashBak.com) 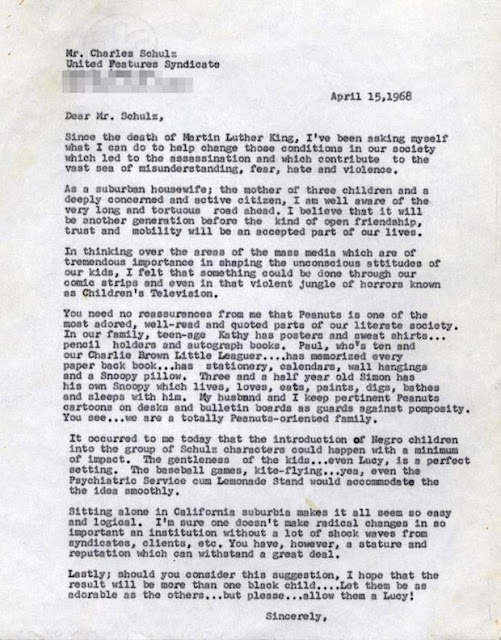 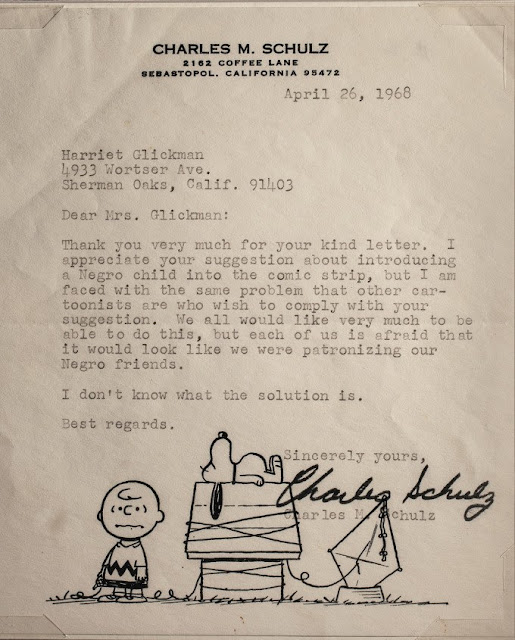 But would his publishers go for it? Would the readers?
In the 1980s, Schulz recalled the fight to feature Franklin:

“There was one strip where Charlie Brown and Franklin had been playing on the beach, and Franklin said, ‘Well, it’s been nice being with you, come on over to my house some time. [My editors] didn’t like that. Another editor protested once when Franklin was sitting in the same row of school desks with Peppermint Patty, and said, ‘We have enough trouble here in the South without you showing the kids together in school.’ But I never paid any attention to those things, and I remember telling [United Features president] Larry [Rutman] at the time about Franklin—he wanted me to change it, and we talked about it for a long while on the phone, and I finally sighed and said, ‘Well, Larry, let’s put it this way: Either you print it just the way I draw it or I quit. How’s that?’ So that’s the way that ended….