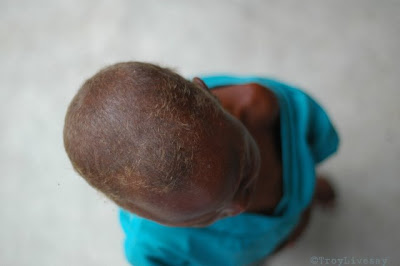 When I finish a 13 mile training run tomorrow (Friday) morning, I will be done with 8 of the 18 weeks of training. I will have logged 160-some miles- and Lord only knows how many hours of sweating and smelling. It feels good to be so close to the half way point in the training. 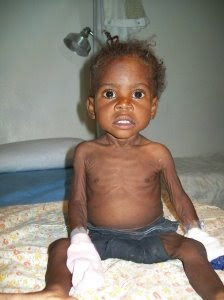 I want to take a moment to introduce my marathon support team. There are four key players that daily help keep me moving in the right direction.

The Kids-
These kids are motivation. Early on, I wondered if it would motivate me when I was having "poor me" thoughts on the running path ... or on the days I wished I never hatched this plan ... but I found out it does. I hate that these kids suffer. Injustice is something we can all fight. Their eyes and their stories motivate us and we can do something. Thanks to each of you who has.

Troy-
Is the sweetest man on the face of the earth. Hands down. He is encouraging me every single day. He makes sure the kids are covered when I need to be running and says nice (and sometimes even untrue) things to me to keep me motivated. (I am a machine - Or so he says.) He nags me to get to bed early before the long runs, he nags me to get up and get going ... And he gives excellent calf rubs too. If Troy was indifferent or unhappy about this, I could not do it.

Beth-
As far as I know, she might be the only human being on the earth to have trained for a marathon in Port au Prince, Haiti. (6 times I think) Maybe there were native Haitian runners, but I don't know that for certain. Beth has trained for multiple marathons here in all seasons and is one person I know totally gets the mental and physical challenges of training in this city/country. She is doing as many runs with me as we can make work, often the long runs on Friday because the moral support is huge to me ... and she knows that. She is one of my closest friends in the world and I admire her endurance in running, in life, and in service to Haitians. She is a pro.

Tina-
My little sister started running the same time I did in 2004. We ran two marathons together in 2005. That ended my marathon career until now. She has just completed her 9th Marathon. She *is* a machine. (For real.) She would tell you that running became therapy for her.

It bonded us together in 2004 and 2005 and created a deeper connection as sisters and friends. With her blessing and permission I want to share an abbreviated version of her story.

We were both born in Nebraska, but spent most of our childhood years in Minnesota. It is just us two girls, our Mom and Dad. My sister Tina was assaulted at the age of 12. Like most victims of sexual crime she chose to keep it a secret and shame and confusion began to engulf her. She turned to alcohol and drugs to numb her pain. For years no one knew what she was suffering from and did not know how to help her. It led to years of pain and destructive behavior.

When she was 17 she had a baby with her high school boyfriend. After much wrestling and praying, her daughter was placed for adoption. It was not an easy decision at all, but one she felt a certain sense of peace about because she knew it was what was best for her daughter at the time. Tina knows grief and pain that most of us won't ever know.

The family that was blessed to adopt my niece stopped sending photos more than 10 years ago. That hurts. (This is the reason I will nag at and argue with almost anyone who refuses to send birth families photos - that is just selfish. It is easy to send photos anonymously and without birth families "finding" you.) A photo to reassure a mother with a hole in her heart is not too much to offer.

Tina and I were not very close during the years that followed the birth of her daughter. We were both running from pain and making bad choices and neither one of us knew how to relate to the other. Or, maybe we only knew how to deal with our own pain and not each others.

Troy and I introduced Tina to Troy's college roommate (Matt) and friend in 1998. In 1999 they married and have since added two gorgeous little boys to their loud family.

In 2007 I called Tina from Haiti to tell her that Isaac's birth mom was going to place the baby she was carrying and really wanted the baby to stay connected to Isaac. Tina and Matt were thrilled and eagerly agreed to adopt the baby due in November. Before we really knew - we knew it was a girl. It made the story come full circle. 15 years after placing a daughter, Tina (and Matt) felt peace about beginning the process of adopting a daughter. (And Matt is adopted as well.)

Eighteen months later, they are still waiting on their daughter ... we all want her to leave here and go to her family in MN. We wish she were not spending this time with her crazy cousins ... but instead that she could be with her silly big brothers.

Tina will be running with me on October 4th. By then, it will be her 11th Marathon. She has promised to carry me if need be, but guarantees that my bod will cross the finish line. Tina is running in honor of her daughters. The one she lovingly gave life to many years ago and does not know, and the one she hopes to start a new chapter of life with soon.

I cannot express how important her presence will be to me on the first Sunday in October. She is raising these funds too, because I would be too chicken to do it alone. I have Beth to get me through the training pain and Tina to get me through race-day woes.

Not to be forgotten:
Thank you to Dr. Cheryl for her help keeping me running as straight as I can.

Thank you- Jenny K of MN, Gail G & Shannon H of CA, Amy D of SD & Michelle C of IN for sending me gels, Gatorade, cross-training ideas and running gear. I am using the stuff every week and I thank you for your generosity and thoughtfulness.