Because Isaac and Hope were Minnesotans for three full years, they came back to Haiti at age four - when we moved here full time - speaking no Kreyol/Creole.

When we arrived here Troy, Britt and Paige learned the quickest.  The younger kids and I stuck together and chickened out a lot. We rarely tried. (Fail!)  Isaac and Hope were teased and called white and that proved to be rather unmotivating to them.

Currently, I've got way more work to do. I have women's health Creole nailed  ... "When was your last period?" "How many times have you been pregnant?" and other equally personal lady questions are on the tip of my tongue with an acceptable accent. Giving directions to my house or negotiating my way out of a car accident is an entirely different story. I call Troy for that stuff.  As much as we've encouraged, Isaac and Hope and Noah have still learned very little Creole.

To the extent that they are each able, we're trying to begin to fix that this summer. We are planning scheduled time to work solely on language. I hope to report by August that we are all progressing and that the middle kids are able to communicate at some lowish level.

Coming to live here and not learning the language is not a good idea. I'll go further and say - it is a bad idea.  (I say that at the risk of putting lots of people on the defensive. The truth hurts. Seriously, we should not be lards and come here long-term and speak English only. I am saying this to myself as much as anyone.) It is not like you have to learn it over night, but learning should certainly be the goal. 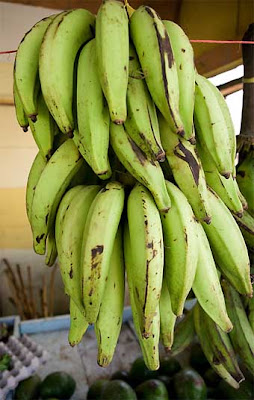 Knowing the language shows concern, respect, care, and love. If we are going to live and work in another culture and want any shot at all of building deep trust with people, we need to be vulnerable and we need to speak to them in their own language.  Period. (The punctuation period not the lady kind.)

Additionally, using a translator means you never truly know that what you said was passed on correctly.  Over and over we see that translators add and subtract from what is being said.  They hear it a certain way and pass it along with their own slant. The only way to minimize the cultural misunderstanding that is bound to happen no matter what is to speak for yourself whenever possible.  Friends that have been in Haiti a long time all say they wish they had worked harder earlier at learning and using language.

Every time Isaac needs a haircut we have a discussion about whether or not he can handle being the kid in Haiti that is Haitian but cannot speak the language.  We go round and round about it and sometimes it means he gets a bad Mom haircut in order to avoid the awkward situation of hoofing it down to the corner barber and trying to explain why he doesn't speak Creole.  It is totally uncool I tell you.

(But maybe not as uncool as this day of cultural awkwardness that Troy endured/created and later overcame last year. Hair and low-grade stress go hand in hand worldwide for us.)

There are so many ways to respect the people (even if you dislike things about their culture) and learning language and history are just a couple of the ways. Early in our time in Haiti we learned this truth from our boss of that time.  He lived in America but occasionally came down to Haiti. He tried less hard than anyone I've ever known to understand the culture or language or people.  I said "he tried less hard", what I mean is: I never ever saw him try once.  Because of his refusal to leave his 'American box' and try to learn from the people he became a source of much unkind mockery.

One time we were driving down a rural road near where we lived and worked. It is an area thick with Plantain tress. Our boss told someone in our car "See that there? All of those trees are banana trees."  (They don't taste alike, they are not prepared alike. They are two totally different fruits.) Wanting the guest to have good information, Troy said, "Actually, those are plantains. That is a major crop of this area." Our boss-guy shrugged Troy off and said,  "Yeah, well, I call em bananas."


You like potato and I like potahto, You like tomato and I like tomahto
Potato, potahto, Tomato, tomahto
(In the Creole language a plantain is called 'banann' - but he was not going there with it. He was literally refusing to know what the tree actually was. )

Ever since that day it has been our inside joke (now going niche Christian Haiti blog viral - making it less inside) to say "I call em bananas" to remind ourselves that leaving our comfort zone and our little boxed in mindset and entering into deeper understanding of the culture in which we live is important.

Have any entertaining " I live in a small box" stories?  Please share!
I call em plantains.