(showed/told is code for threatened bodily harm)
We instituted a no wrestling rule; redirecting all rough-housing outdoors  …  'Rough-outside–the-housing' is the new name for that particular activity.
There is no amount of saying “I don’t speak Spanish” that seems to keep us from standing with someone nodding in confusion as they speak Spanish.  The natural tendency is to respond in Kreyol.  It doesn’t make for such great communication.
Thankfully we’ve already identified the Haitian employees on-site and begged them to act as our translators when we’re stuck.  One cool old Haitian guy came with us to show us where the grocery store was located. Nothing brightens up a Haitian face in the D.R quite as much as someone walking up and speaking to them in their heart language. A young guy from Jacmel is our new best friend early into day one of our vacation. 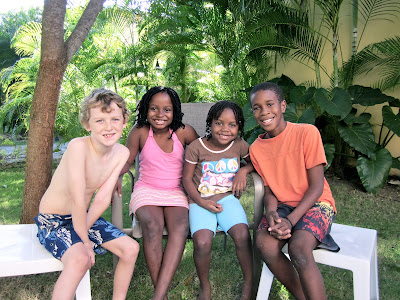 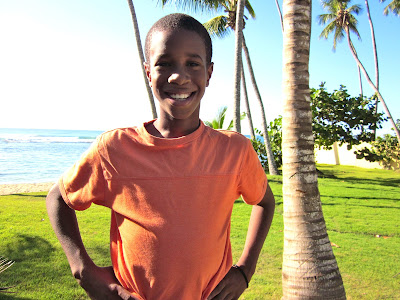 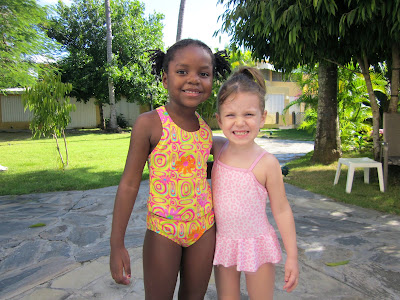 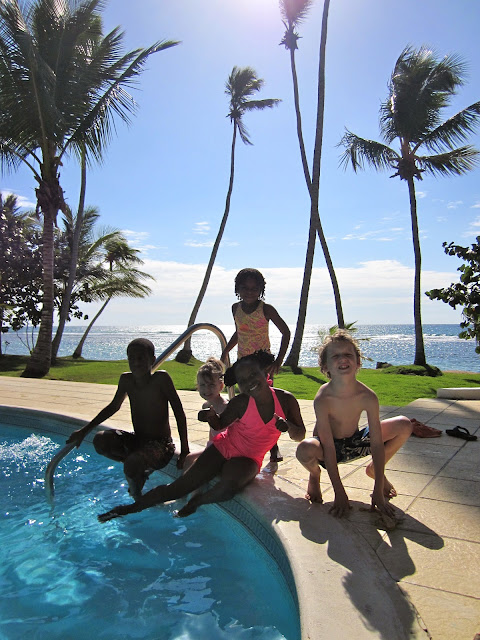 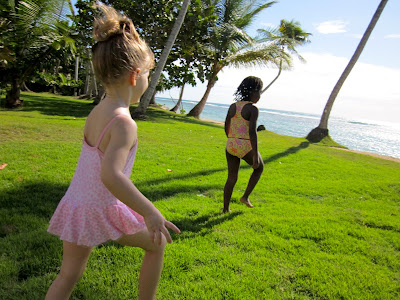 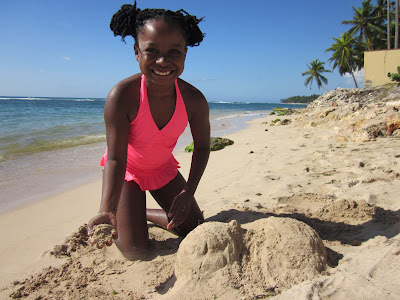 Now that the stress of wondering what in the world we would do on the side of a rural Dominican road with six hungry and thirsty kids has passed, this vacation is an awesome & ginormous gift. Troy keeps telling the kids "We are blessed guys - can you believe we get to do this?!?"  TV's with channels (reception) are all the rage with our children.  It matters not that the Cartoon Network is in Spanish, the many, many channels and the flipping of them is enough to make them happy.  We're working on convincing them that the swimming pool sitting next to the ocean is also quite something.

Britt and Chris get in on Friday. The excitement and anticipation of the brother(s) and sister(s) reunion(s) is building.
at Wednesday, December 28, 2011