After we enjoyed about 72 hours in TX and got to see Britt and Chris and Austin friends, we headed left.

Our trip to CA had three main goals ...

1. Meet Kim, the lovely gal that is going to allow Paige work with her and her horses and learn about therapeutic riding this summer.

2.  Look at some ridiculously expensive and just regular expensive colleges. Try to get an idea of which type of school Paige thinks she might wish to attend. Compare CA schools to TX schools.

3.  Be with Sarah and Sarah and Jen and Joanna while doing 1 and 2


We enjoyed many quotable moments along the way both in CA (and TX). For the sake of posterity, a few of my faves ....
On tours of the campuses these things were said:

"That right there is where there are cash machines. That's like where you can get money and stuff." (helpful, like, information right?)

"So like right here is where you can check out DVDs of your favorite shows for free. That's like a really great feature and stuff."  (not free by the way - but don't tell the college senior that)

"You will enter a rose bud and leave a rose."  (winner of the cheese award)

"We have non-committal take outs - so that's really great." (That's what regular people call "dating" in most places)

"It's expensive to go here, but you know, pay a little more upfront and the activities are very inexpensive.  For $15 there is a yacht trip and you can dress up with your friends and go out on a yacht for an evening each fall. It's really great and so cheap!" (tuition at that school was 50K a year)

"It was great, during my freshman year here we went on a medical missions trip. It was to Ensenada, Mexico. We got to pull people's teeth! They don't care who pulls their teeth down there, they are just happy to have their teeth out." (that brought discomfort and fidgeting for a few of us and a hardy chuckle from two Dads on the tour -  Paige said that was the "ho ho ho I'm rich" chuckle - that made me laugh uncontrollably)

During the portion of that time talking about mission trips Paige noticed that on the sign with the list of ministries the school partners with that it said "Horses for Healing". Paige asked, "Do you know what Horses for Healing is?  Our guide reached into the dark corners of his mind and answered, "Yeah, I think that is when students go and take care of horses, maybe put bandages on them or something like that."  We had a pretty good idea that probably wasn't accurate. (Similar to what is commonly known as an 'asstistic', a statistic pulled from the...) We all had to be sure not to make eye contact with one another so we wouldn't start laughing at the poor guy and his made-up asstistic.


The numbers:
Because we crammed 10 schools into a quick trip we were able to see small and large schools, state and Christian schools, hoity-toity and average joe schools.

I don't think the disconnect we felt at times is abnormal. In general we feel a little bit like aliens. It was silly to expect this to be different. There isn't much of anything we can do to fix it at this point. It became evident that a few people that truly "get" Paige and her unique experiences will be important to her wherever she ends up going.  Paige is normal, like many kids her age she enjoys fashion/clothes, music, facebook, hanging out with fun people, etc.  She is not normal in that she has zero sense of entitlement to an easy or perfect life. Paige knows what suffering is, and what is inconvenience; there is no confusing the two. When she stands in line listening to people griping about the long line she wouldn't commiserate but is more likely to be the one thinking, 'If you only knew how amazing it is that we can come spend money in this store, eat everyday, have a million choices and how awesome of an inconvenience this line is ...'  and even though she values that insight and knowledge of the big picture, it can be a very lonely place for a teenager at times.

We now have until November/December to decide where she wants to apply. She has some ideas and preferences but has not arrived at any concrete decisions yet.

Paige is planning for the bulk of her summer to be spent in Los Angeles and is moving forward with the plan to work with Kim and learn all about therapeutic riding.  She is very excited. Her joy last night after spending a day with Kim was evident and contagious. While in LA she will live with Sarah O. and Sarah D. ('the Sarahs' as we affectionately call them while noting they are indeed individuals).  They have all sorts of things they plan to see, do, and accomplish together. I have informed them that a weekly written report will be required to document Paige's Excellent LA Adventure.

We took the red eye out of LAX last night; arriving home at 9am this morning.  I love flying into Port au Prince. The heart-swelling-peace that washes over me is always a reminder of how God has made this nutty place our home in more ways than one. We failed to accomplish more than just getting here today. I wanted to go to Prenatal program and see the ladies - but wanting to didn't get me there, I fell asleep for a bit and decided to stay with the little girls for the afternoon.

We're so thankful that we were able to go see and do so much. We had so much fun. We visited with a lot of people we love along the way.  We later realized that all the people we were with are gifts that Haiti has given us .... besides Britt every other person (including Chris, our son-in-law) we were with are in our lives because of Ayiti. 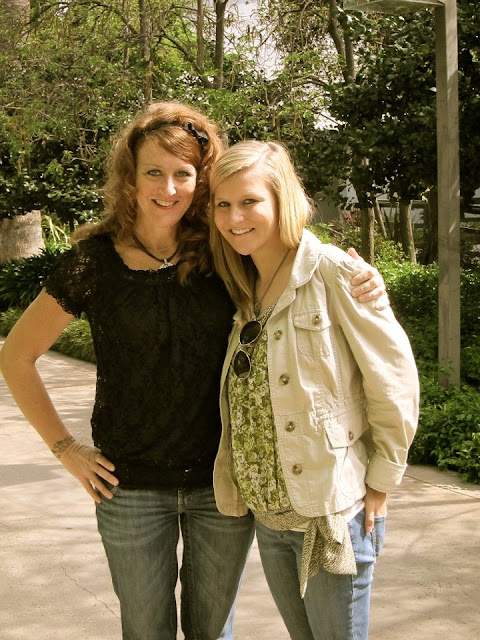 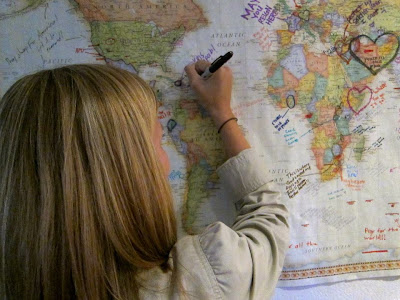 Troy is receiving our accolades and commendation for handing an insanely difficult amount of duties on his own without ever once making us feel bad for being gone and having fun.

I can honestly say I wouldn't want him to leave me with Haiti variables and five kids for more than a few nights.  He is so gracious.

When he gets home from meeting(s) with the Harbor House gals we plan to have some sort of ceremony and crown him the King of Awesome.
This calls for the kind of Prestige that doesn't make us roll our eyes.  :)
To Troy! Hear, hear.
at Thursday, April 26, 2012