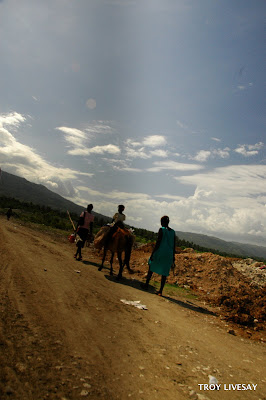 If you've been reading for long, you know that some things are explained by "TIH". That is just a way of saying "that is how things roll in this culture". Today we are introducing a NEW blanket statement that also covers a multitude of things: "Maybe that's true."

We use this daily. So much of what you hear and what you see (especially if you're the foreigner) is hard to take at face value. This culture is full of rumor, stories, and much superstition. A friend who has lived here twenty years says, "Believe nothing that you hear and only half of what you see." Because we often don't know what is true and what is rumor, we'll hear a story and say to ourselves, "Maybe that's true." It might sound a little bit rude to you. It is not. It is just another way of recognizing that we are the visitors in this culture and therefore we are outsiders and we won't ever be more than that.