Why must it rain? 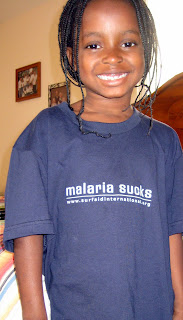 For whatever reason, it seems like once there is one battle to fight then all of a sudden there are multiple things going on. We've had some pretty big things to deal with lately (spoken and unspoken) and the crap just seems to pile on. I know we are not alone. I know we are loved. I am just simply reporting that both Troy and I feel really heavy in our hearts lately and we will not turn down any offer for ramped up prayer covering.

Today's things we can share ...
In more entertaining news: