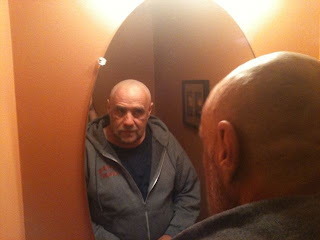 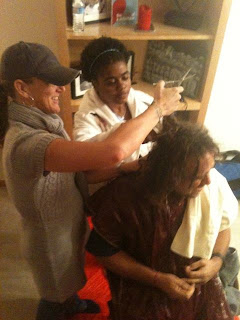 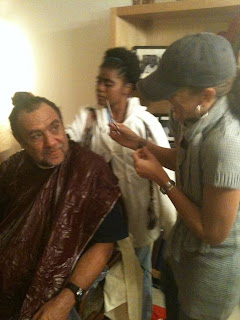 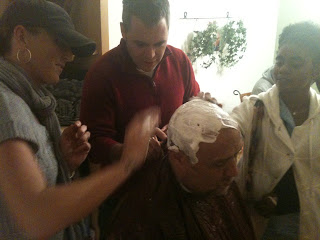 We are unable to get to the real video of the hay-uh cut (need some time to edit and post) but until we can get that finished you can go here to Troy's twitter page to see the tweets with photos and short video attached.  He learned something new about himself through your giving.  He does not have a big head. He only has a giant face. :)

John was very gracious and took the fun away by not being the ornery jerk he usually is. ;)  He is mostly bothered by how good he looks. He prides himself on looking scraggly and unkempt.  If you'd like to annoy him just tell him how good this look is for him.

More later - thanks to every single donor that chipped in! We're doubting there has ever been a 56K haircut in history ... mark it in the books.
at Friday, November 19, 2010