Yesterday a man came to the Harbor House gate.  I went to see what he needed.  He began speaking and I worked hard to follow his words. I instantly knew I was in trouble.   I went to find Troy to tell him that I was sorry to need to depend on him again but I had no idea what the guy at the gate wanted.  I followed Troy to listen again and see why my brain was not functioning well and why I could not understand him.  Troy and the man attempted to communicate. Finally after lots of confusion Troy said, "I don't speak French. Only Creole."  I felt vindicated and less stupid.  Once the man switched I understood 90% of what he said and Troy quickly directed him to the people he was looking to locate.

There is an assumption that white people here will speak French.  I did not know it but he was speaking a mostly French version of Creole. Because of that I was only getting every fourth word.

To quote the authors of a Creole phrasebook written by Haitians, "The majority of Haitians in Haiti do not speak French fluently. However, everyone speaks Creole, the national language."

I will probably get beat up on by the French speaking readers when I say that those that speak French have the tendency to lord their knowledge over those that don't. Go ahead and beat me up.  When Lydia was in the hospital the employees and nurses refused to speak Creole to us.  When I took Paige to the doctor recently the Haitian doctor said he "couldn't really remember how to speak Creole." He then asked Paige why she only spoke Creole and boldly scolded her for not knowing very much French. When we have ladies in the program that need to go to a nearby hospital we often find that when they leave they don't really know what is wrong with their baby because the nurses and doctors only spoke French to them.

There is a definite air of haughtiness when it comes to French vs. Creole.  I am going to go ahead and be the one to say,  it is rude and gross and I don't like it.  I don't enjoy watching more educated people look down their nose at their fellow countrymen that only speak Creole.  French is a beautiful language. It is. I am truly super-duper proud of you for being smarter than most of the population and way smarter than me but I will never understand why you want to pretend you don't know any Creole. 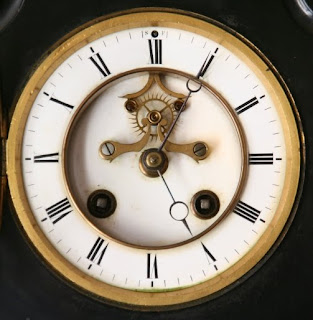 John McHoul is one of many expats enjoying multiple chances to embrace the parts of the culture that deal with timeliness, or more accurately, the lack of any such thing.

This time of year there are tons of people getting married. Weddings that are scheduled to start at 2pm may not start until 7pm. Christmas parties scheduled for 4pm, may actually commence at 10pm. It's like you get to be a detective in a little mystery ... trying to guess the REAL start time for each and every event you're invited to attend! Good times.

It's been a long while since we last wrote about culture lessons. We learn those lessons all the time but writing about it without offending is a bit tricky. The fact is, I value my cultural way of approaching things and the Haitian people value their way.

Troy and I really would accomplish much less if we did not have full time help with our household and the little ones ... we found out last week when Geronne went on vacation that we can do it without her - but we also found out we'd really rather not.

Without her help I would not be able to help with Womens Program at all. Our floors would not be nearly as clean - I could not keep up with the meals the kids and cleaning at the current level without some outside help. The week Geronne was gone we skipped mopping and dusting and just focused on keeping kids fed and alive and doing dishes all day while trying to keep up with laundry and sweeping.

When you live with someone the differences between your two cultures become glaringly obvious quite quickly. Trying to convince Geronne to do it our way is pretty much fruitless. I don't really know why we keep trying. Stupidity I suppose. I constantly say things to her that I know she is going to ignore. I guess it counts for practicing Kreyol, but I may as well talk to myself. Do not read this wrong. We are so blessed to have Geronne in our lives for the last few years now. We love her and love working with her. She genuinely loves our children. I don't share these cultural-war-stories to be disparaging to her. I share to give you a glimpse into some of the ordinary day-to-day life stuff. 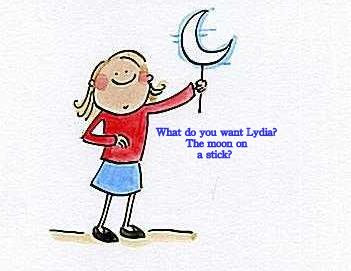 Children under four or five are not really disciplined. This culture typically (these are generalizations and of course I do not think every parent raises their child the same way). starts to discipline after a child is about four or five - and then the discipline becomes pretty harsh.

When I see Lydia or Phoebe doing something they should not be doing I first say "No" - if they don't listen I physically remove them. If they have a fit I will swat their hand or diapered butt. Geronne shakes her head disapprovingly and tells me I might break their spirits.

This means that Phoebe, Lydia and Annie are not really consistently disciplined by Geronne. Once in a while I'll observe her correcting them and standing her ground -- but in general they get what they want. Lydie knows that if she acts jerky enough, Geronne will give her anything she demands. No matter how ridiculous it is. It is really not a fun issue to deal with. In some ways we've created a little monster by trying to have a multi-cultural approach to child rearing. I spend half my life trying to undo this problem. It's a little bit insane.

This morning Geronne gave Lydia "Chicos" (Styrofoam cheese-puffs) for breakfast. I was offering toast, an apple, a banana, or cereal - but Lydie was shaking me off and saying no to all options. Geronne walked in to see this and offered her Chicos. A breakfast of champions, fortified with 110% of the RDA of Styrofoam.

When Geronne's daughter Jenny comes in from the village we ask Geronne to please just let her play with the kids and she does not need to help in the kitchen or anything. We actually invited her to come so that they will both get to come with us for our little hotel trip once Britt and Chris get here this weekend. Hope loves playing with Jenny. We want to treat them too.

Today I walked in to find Jenny dusting. I got ticked and said, "If Jenny works - my kids work!" We made Jenny the "Pwofese" (teacher) and she showed the lard Livesay kids how to do some deep cleaning. I cannot convince Geronne that it is wrong for Jenny to clean while my kids get to play. For whatever reason the kids of the white people are not supposed to work. Oh, my blood boils!

One of the not-cool things about having a live-in helper is that it creates lazy kids who think that someone else will do the work. I have instructed them to introduce Geronne to guests as our "co-worker" because I hate hearing the other titles and I want to convince them that we need to work together to clean up after ourselves. We are co-workers! (Go ahead and laugh ... I have to start somewhere.)

At this moment I have all the kids with rags in their hands walking around "cleaning". Trust me, it is not doing anything at all for the cleanliness of the house -- but it just might be breaking their cracked notion that OTHER people do all the cleaning.

The other night Noah triumphantly declared that when he grows up he is not doing dishes, he will "get help." That pretty much sealed his fate and he is now in charge of his own dishes after every meal from this day forward. I bet he is wishing he could hit rewind on that declaration!

It is great to create jobs in a country where there are not a lot of jobs. We pay Geronne well and try hard to love, empower and elevate her ... but in this culture it seems like many people feel more comfortable in a subservient role. That bums me out.

It has been kind of nice to chat with other people our age also raising kids here to find out that we're not crazy or experiencing anything unique -- culture wins whether you want to believe it (or not) fight it (or not) accept it (or not).

On another unrelated note, I reminded Geronne that in December she gets her regular pay plus a whole extra month's salary for Christmas. (Haitian law requires a 13th month salary to be given at years-end.) She said, "No Madame Troy, don't do that, you don't have the money, the refrigerator is empty." I told her that it had more to do with no time to grocery shop -- and that she did not need to worry about us not having the money to feed the kids or pay her ... the refrigerator is actually NOT the economic indicator here.