tales from a palooza & so much LOVE 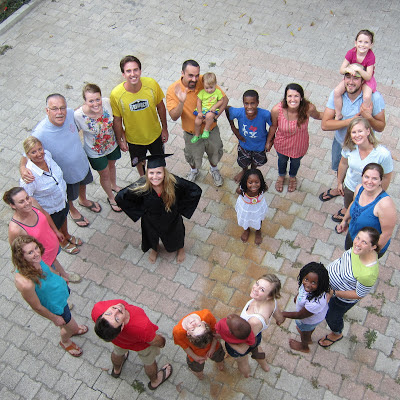 The most ridiculous fights of our marriage seem to surround large celebrations in the month of May.

Not yet recognizing the May + party = fight pattern, we decided to float a trial balloon to our friends and family about a year ago. We sent 21 of our people an email saying, "Paige graduates in a year and we think you might like to think about coming here for it."

Many months passed and we heard some were considering it.  More months passed and people began booking tickets. By early May of this year it appeared as if 19 people would be flying to Haiti to be present on the day of Paige's graduation. We were floored.  It is one thing to love and support a friend. It is an entirely different thing to pack your bags full of food and get on a $600+ flight at the ungodly hour of 4am to love and support a friend.  We're still shaking our heads at that amazing love.

The very.worst.fight that ever took place in our (almost) 15 year union, happened on the day of my little sister's baby shower. The year was 2003, the month was May. We were hosting the couples baby shower at our home soon before my sister Tina, and her husband Matt, were to deliver their first son.

For whatever reason Troy and I had failed at communication and planning for the party and were already to the point of disliking each other when the morning of the baby shower arrived.  I woke up with the beginning of Strep Throat expecting Troy to save me from my prep and hosting duties and let me lie in bed. Troy woke up with plans to golf nine holes and go sell our silly little boat that we no longer used due to the lake being taken over by weeds. Why he needed to sell it on that day, the world will never know. The details and memories we each have of that day vary a bit, but we both recall that it ended in me leaving Minnesota after the shower with my sister to go to Wisconsin for a few days in order to prove to him exactly how ticked off I was.

Obviously we got past that little episode. As a matter of fact, we got past it so well that Noah is a direct result of some of the making-up that went on after that extended fight.

The first guests for Paige's Palooza were set to arrive May 21st.  On the Sunday preceding the first day of guests arriving we went to the land (property owned by Heartline) to decorate for Paige's graduation.  Tension was building between us a bit as I tossed out ideas and things I hoped we could do for the ceremony and lunch.

For Troy, my ideas mean work and logistics and much coordination.  If you have spent any length of time in Haiti, you know that these things are quite challenging. Attempting to make plans in a place that won't be confined to our silly ideas is like pushing water uphill with a rake.

I began to notice Troy was annoyed with me and my ideas. In the mature way that highly refined people respond, I got mean.

Because I got mean, and in keeping with our May tradition, we kicked off Paigeapalooza with a fight. After returning from decorating, Troy began to make Mac and Cheese for the kids for dinner. I was writing lists and trying to get organized for what needed to happen before the guests arrived when I walked into the kitchen and criticized Troy's method of preparing Mac and Cheese. (Cheese packet dumped in before butter melted. What tha?)  Troy said "Are you really going to tell me that I making Mac and Cheese wrong?"

Rhetorical question?   Maybe it was.  I said something ridiculous and over the top and stormed out of the kitchen while Noah said, "Please, don't fight. I am stressed by this!"

Hours later we got to the bottom of our communication issues and determined that my way of making Mac and Cheese is better, but Troy's way will suffice.

Isn't that how it always is in relationships?  The underlying important issues (feeling unloved, feeling disrespected, lacking grace for one another, lacking mercy for one another) remain buried while we focus on the surface level and inconsequential things. (Such as, whether butter should be melted before or after you add the packet of cheese ... And I think we all know the answer to that.)

I had planned to write a lot about the ten days of Paigeapalooza but realize that a quick wrap up is a better way to go.  Our first guest arrived May 21 and our last guests exited the premesis on May 31.

The graduation day itself was so special. Thanks to so many Haiti friends that came.

My Dad opened the ceremony with a few words, Jimmy Burton spoke, then Jimmy and Becky presented the diploma, Troy and Aaron Ivey led worship, the younger siblings tried to recite a poem (see video for the do-over), Beth McHoul spoke and prayed, Troy sang a song he wrote for Paige, and Paige gave a speech. It was a whole lot of love and sweat gathered under one little tin roof in Haiti.

The party that never ends - has indeed ended.
There are now some tired, possibily over-stimulated, and very blessed people up in this hiz-ouse.

By the numbers and for posterity's sake ....
Harold and Lisa, John and Joanna, Marcia & Greg, Terri, Jen, Aaron &Jamie, Cayden, Sarah O, Kim, Sarah D, Julia, Britt & Chris, Mom and Dad  -  We will never forget the memories made this last week. Thank you for coming here. We love you, and we feel your love. 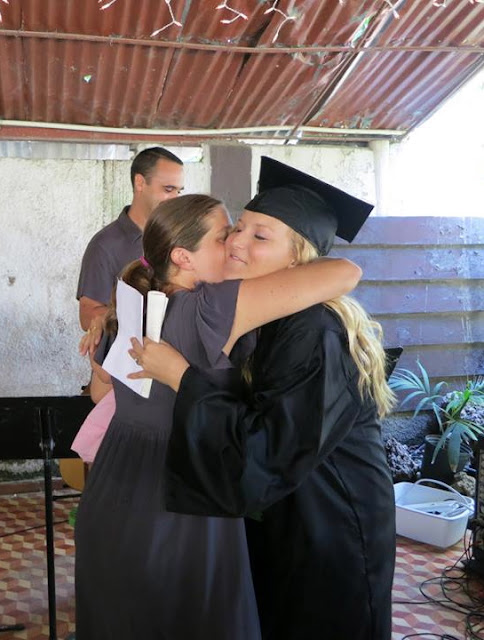 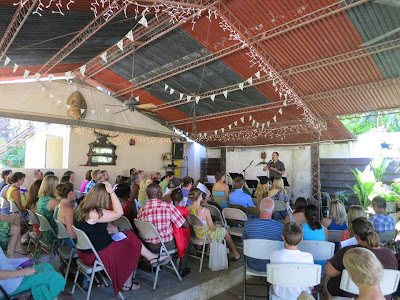 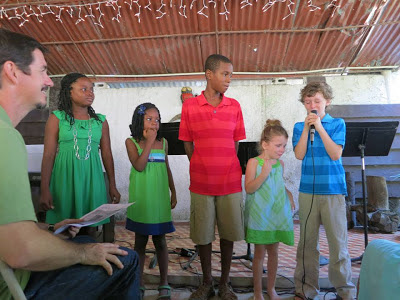 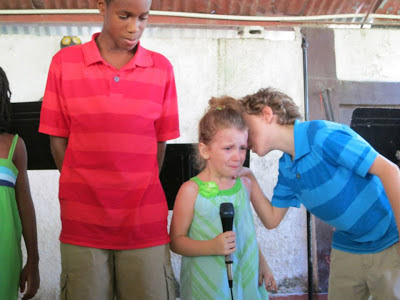 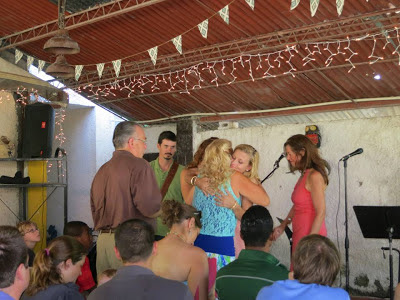 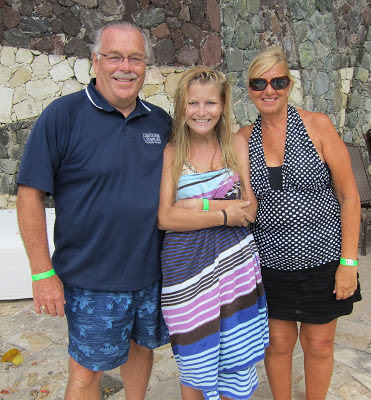 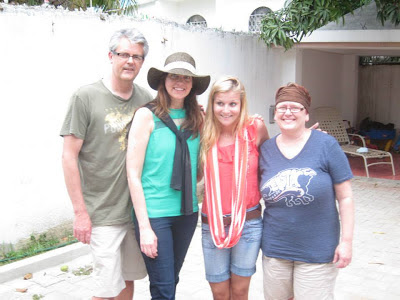 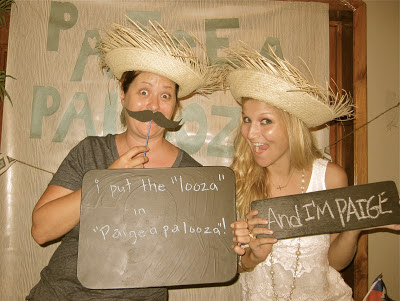 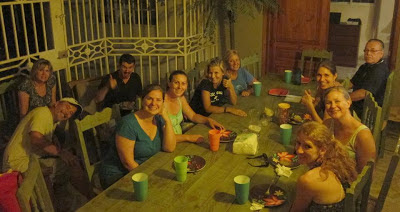 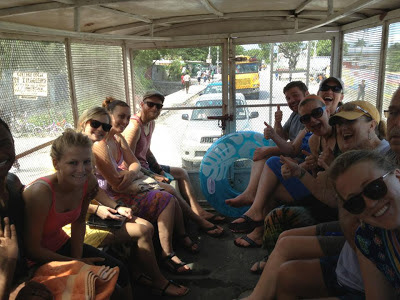 Gift from younger siblings to Paige:

Becky Burton took their words about Paige and organized them into this poem. (This is the do-over version, the graduation-day version was a lot of grieving and crying and not so much cheerful or cute kid poetry.)
at Friday, May 31, 2013