We'd Like to Introduce you to and ask you to pray for ... 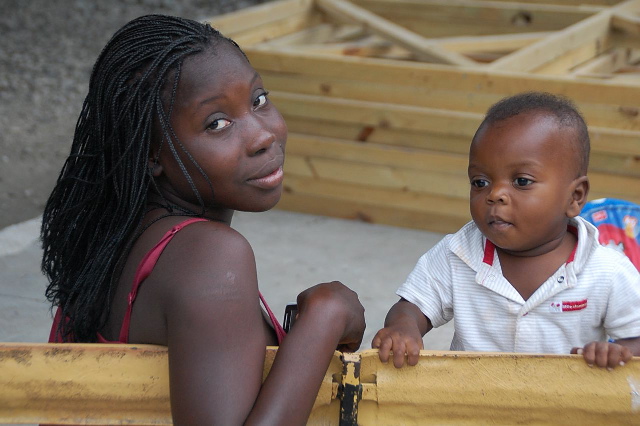 Djenie is 16. Djenie was one of eight kids in a two room house in Cite Soleil, one of the most dangerous cities in the world. Although she's 16 she is only in second grade.  Public school is not free in Haiti.  Until now there has been no way for Djenie to get a consistent education.  Djenie's baby (Kenny) was born at home with a Hatian midwife showing up for the last hour.  Djenie came to Heartline's field hospital right after the earthquake.  She had just delivered Kenny.  He weighed a mere three pounds.  No one was sure if he would survive.  One doctor said he would not make it through the night.  Thankfully God had different plans.

Djenie comes from a background of violence, overcrowded conditions and extreme poverty.  The only way she can return home is if she gives Kenny away.  Djenie is witty, funny, and is growing by leaps and bounds.  She has a deep connection to each of us at Heartline.  We love her dearly.  To read more about Djenie's story (it's miraculous and moving) you can learn more about her at this post on Heartline's blog. 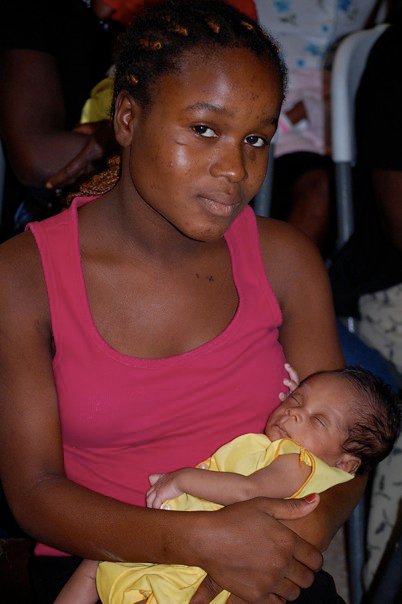 Mari Carmel
Mari Carmel is 17.  Her family lives in the village.  They do not know she was pregnant or had a child.  She has two sisters in the village.  Mari Carmel has never known her dad.  Mari Carmel is 17 and in sixth grade.  She came to Port-au-Prince looking for a cousin.  She was living in a house, got raped, and impregnated.  Due to eclampsia during her pregnancy Mari Carmel was found seizing in the street and was brought to Medicshare Hospital.  An emergency C-section was performed.  Medishare called us to take mom and baby since they had nowhere to go when discharged from the hospital.

Mari Carmel has fit right in and has become a sweet part of our community.  She is a great, loving mom while still being a silly teenager. 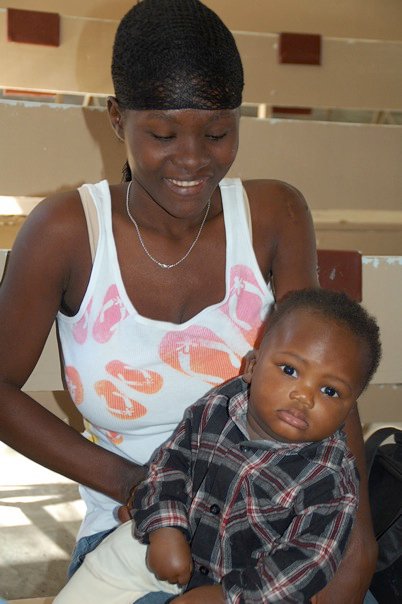 Seirgeline
Seirgeline is 17.  She was a patient at the Heartline Field Hospital after the earthquake.  Her arm was severely fractured but surgery was not possible until she delivered her baby.  We did her first prenatal in the driveway at the field hospital which is now the teen mom house.  She lived with us and then delivered with us.  At first the dad seemed very on board.  His interest quickly waned and he has moved on to another girlfriend who is pregnant by him as well.
Seirgeline is a great mom.   Jobenz is huge.  He started out pretty small and skinny but constant breast feeding has done the trick and he is a big boy.  Seirgeline is more reserved with us than the other girls.  She does not love as openly nor seek to please us as the others do.  She will take more one on one work to connect with.  She does have her mom nearby but her mom does not want Seirgeline if Seirgeline keeps her baby. Seirgeline's mother has only seen Jobenz twice.  Seirgeline has only completed school up to fourth grade.
(all bios written by Beth McHoul and compiled by Heather Hendrick - Originally posted December 2010.)
at Friday, January 07, 2011