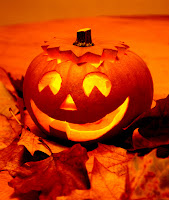 We've been at this great conference hearing wise speakers that work in development. We've really enjoyed the last couple of days of learning.

I left Troy at the conference and snuck out at 3pm today to meet Kim, a fabulous lady that helps us with the youngest two occasionally.

Once Lydia and Phoebe were in the truck we headed to pick up the other four kids.  Lydia wanted to sit in the third row and then proceeded to taunt me because I could not reach her or do anything about her plans to strip down to her birthday suit.  I was pretty sure Paige did not want us pulling up to her school with her three year old sister nude so I did my best to talk Lydia out of her wicked plan. It sort of worked.

The younger kids get out of school first. We got to Isaac, Hope and Noah ten minutes late.  Their school charges $6 per kid per 15 minute period.  The kids got in the truck and started lecturing me about what that just cost. "MOM - Do you know how expensive that is?!?"  I assured them that I'd pay the $18 fine and life would probably go on - maybe only one night without dinner. Some days you hit every single red light in Waco in one day.  Like today.  Isaac shook his head disapprovingly. I actually felt a little ashamed as we pulled out of the school.  I'll do better next week...but only because Troy will be in charge of school pick up again next week.

We went over to Paige's campus to wait on her school to let out 15 minutes later.  In the area where cars line up to wait on kids we rolled down our windows and enjoyed a gorgeous Texas afternoon.

Finally I said, "You guys - he doesn't know that Noah is your brother and he is having trouble putting together why you would have Noah in your car."

Noah took charge.  Noah stuck his head out the back window as far as he could and yelled to the kid, "We are adopted that is why we are in this car."   (?)  The boy said nothing in reply.

I looked in the rear view mirror just in time to see Noah's smug celebration over setting the boy straight and Hope rolling her eyes. Isaac shrugged his shoulders and said, "I guess that was it."

~~~~~~~~~~~~~~~
The kids have their eclectic assortment of costumes all ready to go. We're planning a 58 hour all-weekend-long sugar binge with skyrocketing highs ...  all ending in a dark and very deep depression Monday morning. We kicked it off with candy and cupcakes and orange icing tonight.  Tomorrow there will be numerous opportunities to consume even more sugar in multiple forms followed by Sunday where we will resort to placing fun-dip* IV's in each child's arm.