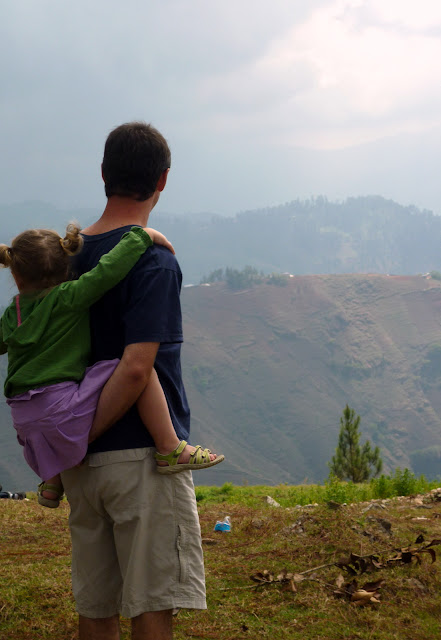 "It's about collecting other people's pain and trying to hide it, write it,
catalog it, transform it, understand it, avoid it."
emily troutman
Over the last few weeks as I've had extra time at home with my kids and and away from the daily grind and the realities of Port au Prince I've been thinking a lot about the responsibility that comes with telling the stories of Haitian people.

We're not journalists, we're not hired to tell stories, we're not experienced professional writers. We're sharing Haiti from one unique perspective that certainly cannot even begin to cover all of the angles. We're not experts on this culture or country. We never will be. 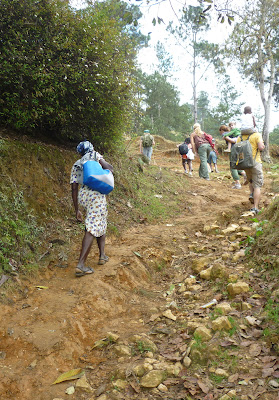 We've said before-  every day, month, and year in Haiti brings us to a greater realization of how little we understand.  The only "experts" around here are the people who have been here a couple weeks or months.  [Ouch. Was that too snaggy? It's okay, because with time, they'll know a lot less.]

We've come to care deeply about this place and her people. Our biggest fear in sharing our experiences in Haiti is that we, in places of discouragement or frustration, might disrespect the people of Haiti or generalize when generalizing is simply unfair. We never want to do that.  We don't wish to preside as judge of anything; it is impossible for us to completely understand the complexities of their lives and histories and culture.

A portion of what happens each week is never written here. The stories left untold usually remain that way simply because framing them without all of our personal biases and disillusionment would be impossible.  Those stories are for late night exchanges between trusted friends over a bottle of wine. They are to be trusted to God in humility and prayer. Some stories are so difficult we simultaneously want to remember and forget.

It is painful to read comments from people that hate this little island. We get them occasionally and over time we've found that it doesn't hurt in the least to be told we're crappy parents or people, or that we're stupid or abusive to "force" our kids to live here.  That doesn't bother us at all. Our skin has thickened enough to take that. But when people say terrible things about Haitians it grieves us.  The level of animosity and prejudice can be shocking.  Those odious words have actually served to help me be more aware of the times I am "down on Haiti" and making generalizations based on one cruddy or discouraging encounter.

We're grateful to know there are those in the world that care deeply about the struggles of the people of Haiti.  We're touched you want read about their lives and hear their stories. Thank you for opening your hearts to them.

Our prayer and desire is that we share the stories with the utmost care and respect for the dignity of the people that we so want to esteem and uphold.

By Emily Troutman
A Journalist in Haiti: A Year of Collecting Pain
January 2011

(Posted here with the author's permission, the original posting of this article can be found here.)


People in Haiti are always telling me their earthquake stories. I am prepared, but still a little surprised, when the moment arrives. The stories seem too personal. The personal is public now.
We stand in hallways as they tell me. We sit at the beach. We are climbing the stairs or maybe I am just about to get out of the car. It is almost never what I would consider an appropriate time or place. Then again, what would that be in Haiti? Certainly, not the therapist's office.
First they tell me their own story: I was at the house. My husband was coming home from work. I called him, angry, convinced that he was out having a drink somewhere and didn't know about the earthquake. He answered the phone, said, "I'm stuck in traffic." He couldn't explain the buildings, the body parts. "I'm not at the bar," was all he said.
Then they tell me someone else's story: The public official, wonderful woman. Lost her staff. Dragged nine people out of a building, walked home. Realized then, after eight hours, she was only in her underwear.
The stories of the collapse are followed by the stories of the reconstruction -- misery and corruption, mostly, politics and misspent money.
"And what did all the misery of Jan. 12 get us?" they seem to say.
They look at me as if I might answer. And it's tempting, for a moment, to play the analyst: What I think isn't important; it's what you think that's important.
But they already know that. I'm 31 years old, an American, a journalist. Even if I did have an answer, which I don't, it would obviously be circumspect, philosophical, wrong.
Still, people beseech me with their stories, and I have to think it's because they know I'm a journalist. I'm a trained listener. I know when to ask questions and when to nod. I've taught my face to behave like a doctor's or a judge's. I don't grin or interject. I know the funny bits are actually the saddest.

I listen to all of them, knowing that somehow, Haitians are redefining themselves now, in terms of this great truth. Saying it out loud makes their experience truer, and also, less true, less hurtful. Every story is important -- a thousand little blocks built like a wall against the pain.
But I listen, also, to Haiti's silence. I try to understand why people tell one story and not another. They never, ever say they're sad, for example. They talk about the government's failures, but they never talk about change. They don't believe in it, or don't want to. They don't talk about the people who died.
For me, the question is what to do with all these stories. I'm not a therapist or an aid worker. My main credential is having a camera around my neck and a pen in my hand. I didn't come here to document that one particular moment -- those 48 hours of catastrophic post-earthquake horror and death. Despite whatever the one-year coverage says, people here want to move on.
I'm just trying to do my job. But what is it, exactly?
If I spend all day shooting in a camp, I find that I can pretend until I don't feel like I'm pretending anymore. There's a lot of urine in the gutters and parents who beat their kids, but I walk around with a straight back and smile at small children. I laugh with old ladies and share beers with old men.
I find the dignity, where it surfaces. I look for it. I write down what everyone says and feel useful. Then I come home grim, depressed.
If I'm working at home, like today, I'm looking out at the island from a hotel on a hill. Finally, I am appreciating what is beautiful here. Then it rains. I think about the tents, but since I'm not actually in one, both my guilt and my gratitude feel disingenuous.
I try to accept my pain and my anxieties as a gift -- it's better, I think, to feel than to be the sort of person for whom sad things stop seeming sad.
I don't know how other people deal with the normalcy of tragedy. But the people I know best all seem to drink a lot. Or work a lot. Or chase a lot of women. My friends, by and large, are not other journalists. I consider journalists friends, but we don't really hang out. It's competitive. It gets weird.
When we run into each other, we feel a professional and friendly obligation to ask, "What stories are you working on?" Then we demure, and smile politely when the answer is, "Oh ... this and that."

Once in a while we run into each other unexpectedly, and if it's dark enough or we've had enough to drink, we tell the truth. We talk about how hard the first weeks were after the earthquake. How strange it is to seek out other people's misery, and also how easy it's become. How it seems to seek us out, now. The conversation inevitably turns silent, and in our fog, we realize: This is why we never hang out.

We keep talking about the "rebuilding" and "reconstruction," as if there were something grand here to begin with. There is an enormous mythology about progress. And in our photos, we're constantly trying to prove or disprove its existence. We talk about measuring it, without talking about whether or not that can be done. Or whose job it ought to be.

I am trying to memorize and forget everything all at the same time.

My story is about the earthquake, true. But it's also about deciding what truth I want to tell, and to whom. Mostly, I realize, my story is just a collection of other people's stories. It's about how words can capture something complicated and make it seem simple, painless.

The personal is public now. And like everyone else, my silence will say more than I can. I told the truth. Imagine all the truth I didn't tell.