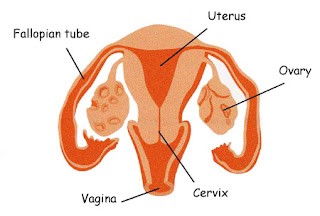 Having started out as a know-nothing, border-line stupid novice in the field of midwifery, I've now grown more confident in many areas of prenatal care and childbirth. I can "palpate" and determine position of a baby with growing certainty. On a recent Thursday by some massive stroke of luck I nailed the baby's position on 4 out of 5 of the women we saw in Beth's room.

When it comes to labor and delivery I can handle the blood and fluid and yes, even the poop. I am getting better at separating myself from the pain of the woman in labor and suffocating my natural tendency toward empathy. I don't need to look away at any point during a birth anymore. Because of all of that I have mentally come to a place where studying midwifery is something that seems like the next logical thing to do.

I am working around both the real and perceived obstacles that stand in the way of the official course-work beginning.  I'm thinking about how I could study with the kids, how I could do better at prioritizing my time, how I could kill face-book once and for all. I'm examining my tendency toward fooling around and wasting time and my general bitterness and rebellion toward rules and authority and anything resembling a "should". (As in, you should be studying.)


Additionally I'm wondering if I have the ability to learn medical terminology and memorize facts. I'm questioning my intelligence and discipline.  Questioning it a lot.  I know that given a choice after the kids are in bed, nine times out of ten I will choose the unproductive  (Modern Family) over the productive (returning emails, writing thank-yous, studying Kreyol) .

All that to say that basically I'm in a place of getting some of the logistics worked out in my mind.  I'm not ready to start until I am more certain that I won't fail.

John McHoul started early on in Beth's move toward midwifery calling midwives - "weirdwives".  He is a jerk and we expect teasing from him. He simply cannot help himself. I hate admitting any agreement with the man, but I smell what he's stepping in on this one.


One of my biggest and most serious concerns about this pending leap into "official" training in midwifery is that I don't fit the midwife mold.  I'm not super earthy. I have nothing against pain medications. I don't think I could ever see home birth as the only or even the very best option ... (midwives everywhere are throwing cyber-rocks at my head right now) and I don't know that I'd ever want to circle up and sing love songs to my life-giving uterus with hundreds of other women at some convention. (I assume this happens tri-annually.)

The thing is, midwives are kind of weird.  Like a lot weird at times. I know there are midwives reading this.  Sorry. We are all weird people, it is just that you are weirder.

Midwives say things about vaginas the same way regular people discuss politics or talk about a new restaurant they tried or a movie they enjoyed.

It begs the question - can I just throw the word vulva or placenta or mucus plug into my every day vernacular? Can I? Can I do it without bright red cheeks blushing in embarrassment? That is a prerequisite you know.  If I cannot confidently and unapologetically say words beginning with 'V' and often times ending in ina or ulva - I am clearly not the real deal. I'd be seen as an impostor -  a poser - and not cut out for the real world or work of midwifery - and therein lies my problem.