a day of reunion 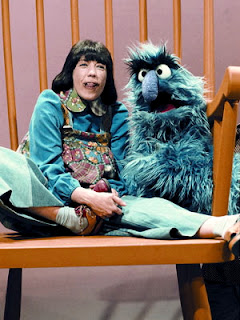 It is not unusual for life to be weird here.

When things AREN'T weird, that can even be sort of unsettling. We're totally accustomed to bizarre and unpredictable.

In the course of a day we say things to each other like:

"She is the one whose husband is a zombie."
and
"No, they are not fighting and threatening to kill each other about who made the juice wrong, they are fighting because someone mopped the bathroom before it was supposed to be mopped."
and
"Don't go home that way, there is a manifestation in the street."

Other days we see prayers answered and lives changed, improved, and transformed before our eyes. Some of those things truly defy logic and leave us scratching our heads at the love and provision of our creative God.

All that to say, almost every day has some element of wacky.

In order to frame today's stories, keep in mind the world's population is fast approaching 7 billion. With so many people jetting around the globe it shouldn't be super easy to run into people you're connected to  -- but we're learning that it is.

Back in 2006 I was standing in rural Haiti when John McHoul came to visit Troy and I (we did not know him very well at all then - we only thought of him as "that weird guy with the big head and a lot of hair") and he introduced us to his guest for that week.  After a few minutes we realized that the guest not only went to the same High School as me, he also went to the same Junior High and the same Elementary School.  The guest had come to faith through a relationship with a family - I had been dating the oldest son in that family at the time.  It was a good old days (light on the good, heavy on the old)  of Brooklyn Park, MN reunion right in the middle of rural village-life Haiti. Statistically that seemed kinda crazy.  We never crunched the numbers.

In 2010 I handed Phoebe my phone to play with one afternoon.  A few days later our phone rings and the man on the other end says, "Who is this? I missed a call from this number in the middle of the night."  Troy told him he must be mistaken.  We had never dialed that number. We didn't know his voice. Long story short, the guy on the other end of the call was sitting in India using a Voice over Internet phone -- our daughter had randomly dialed all ten of his digits by playing with the phone. Come to find out on the other end of the phone in India was a man that was no stranger. His wife and I had been emailing for three years.   She had sent us books for the kids and Keen sandals our first year in Haiti. They had briefly lived in the same house in TX that we were temporarily living in at the time the random call was made. We had never met face to face but there we were talking on the phone from India to Texas based on a fluke call made by a three year old. Statistically I am convinced that actually IS impossible. 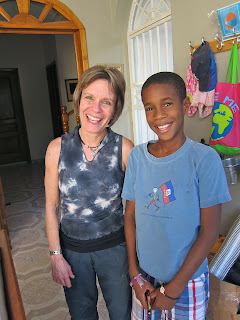 Yesterday one of the most gifted counselors/psychologists on the planet walked into our house.  It isn't as uniquely unlikely or statistically impossible that we are connecting on Haiti soil but it is incredibly special. She is here for a quick fact finding trip with a few people from her church.

I over-use hyperbole ... But so what, that won't stop me now. There is some saying about "coming full circle" and whenever I'm with this person I think maybe I'm experiencing some sort of full circle moment.

In the early 90's I started seeing a counselor for help with some of my jacked up thinking and destructive habits.  I remember the very first session I had with her. I was amazed so much strength and wisdom could come from such a tiny little person. I knew I had found someone that I could trust with my story. I went home thinking of the Lily Tomlin character in the giant chair on Sesame Street and decided Mary was visually the real life version.  When Isaac met Mary yesterday she explained to him that when you are as small as she is you've got no choice but to have some chutzpah. Isaac loves new words; we'll be listening for him to incorporate that one soon.

Mary was a gift to me in those years and in the years to come. She helped me see and believe that God loved me and that I could love myself. She helped me understand that I was choosing to not forgive myself for my major mess-ups and choosing to stay a mess-up because of that lack of forgiveness. She convinced me that I deserved healthy relationships and was capable of having them.

Over time and in turn the things she asked me to do for myself eventually led me to Troy.  I know for sure that had I not gone to counseling in the early years of Paige's life that Troy and I wouldn't have ended up together.

Once in our first year of marriage we had a streak of fighting about whether or not we would have kids. (Hilarious irony at this point.) We sought out Mary's help to get to the core issues of our disagreement. She has always been a 'go-to' person in our lives.

While she was getting toured around the house by Lydia and Paige yesterday Troy said to Noah, "If there was no Mary, there would be no you."  We laughed at that ridiculously dramatic statement but then pretty much decided it was 100% true.

In more recent years she's become a very good friend to Paige and has helped Paige with everything from relationship troubles, to trauma, to horseback riding. She will be back in Port au Prince on Sunday and we'll get to spend more time with her. 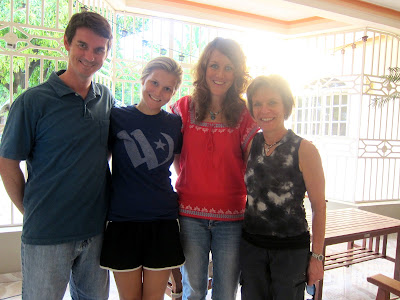 The thirty minutes we had with her yesterday were pretty.darn.great.

We're so thankful for the daily weird that Haiti consistently delivers, especially when it is this variety of weird.


(If any reader is actually a statistician I would truly like to know how unlikely that phone call made to India was.)
at Friday, March 02, 2012