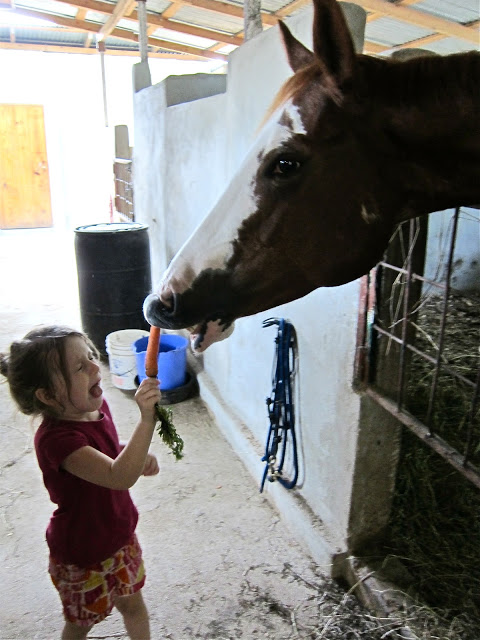 In November we reached a point of great stress, I wrote HERE about Lydia. In part I said,  "We try to keep it light(er) when we discuss the ferocious personality that is Lydia Beth Livesay - we're madly in love with this complicated little person, and we feel protective of her.  Her capacity to love (and hate) is really quite a spectacle. In truth some of her behavior the last two months has been pretty upsetting and difficult for the whole family."

After we wrote that people carefully approached us to say, "I have an idea" and "Can we tell you what worked for us?" We read the various stories and suggestions and talked to an internet friend, Tamara of ZoeRoots. We were very concerned about Lydie and everyone was affected by her angry outbursts. We needed that input.

We identified that the worst behavior began with the big change of starting school. We listed the (possible) past trauma in Lydia's life and we admitted that we were not doing a good job of paying attention to the signals she was sending prior to the total implosions.

Lydia is the only one of the five youngest kids that ever brings up the earthquake. Every so often she'll say something out of the blue. In those weeks in October and November surrounding her most angry behavior she said, "When we left at the earthquake, that was scary" and "Why did you forget about me?"  We realized that most of Lydia's worst behavior came after feeling left out or alone. We also connected the very most over-the-top volatile times - to a lot of artificial food-dye and sugar consumption.

If we let her eat a bowl of Fruit Loops and then her siblings left her out of a game - watch out!! Hell hath no fury like a Lydia filled with food dyes and feeling rejected or abandoned.

We started using some of the ideas that Tamara gave us and we tried hard not to miss the early signals she sent of impending doom. Things improved right away. The other thing we did was to attempt to address her diet. We're not delusional and we're not swimming in money, so we knew that many of the healthiest diets would not be easily implemented into our busy (read: chaotic) lives. We knew if we changed her diet we all needed to change our diets too.  Lydia's favorite foods:  white rice, white bread, white noodles and any sugary dessert. That has not changed.  What has changed is that we started finding ways to sneak in more protein (still failing at green things with her - she won't do it) and we began looking at the snack foods Lydia prefers. The yogurt she was eating every single day was filled with food dye. (Watch out for these: Blue 1, Red 3, Red 40, Yellow 5, and Yellow 6 - they are in almost everything.)

By attempting to remove all food dye and just watching the sugar a little more carefully we have seen a drastic change in Lydia since late December.  It is drastic enough that she is on board and totally believes that too much sugar or things that have dye in it are a bad idea for her.  The other night she said to Troy, "Oh, you're drinking pop? You're going to be wild and angry."

This particular five year old is doing so much better. Thanks for writing your ideas and thank-you for praying for Lydie ... We're grateful to report things are vastly improved. 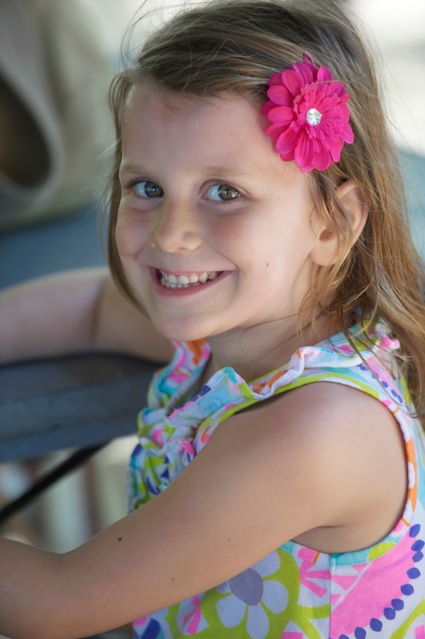