green that is not green

Being in the marketing-mecca of the universe after being in Haiti makes all marketing stand out to us, but especially the ridiculous campaigns. It is highly entertaining, totally laughable, and maybe a little annoying to step back and realize the amount of marketing and money that goes into these silly campaigns that are actually not preserving the earth in any way - shape - or form.

Case in point - This sticker sign -
In a shower at a hotel in Orange, CA : 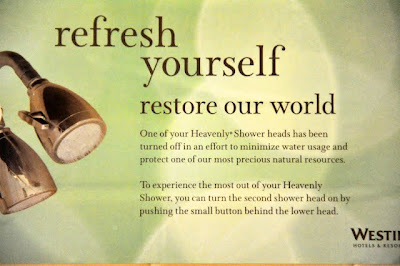 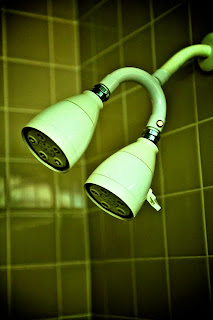 That's right - the shower you take with only one shower-head suddenly restores the world.  Awesome.