I asked Amie to write specifically about transracial adoption.  She graciously agreed. We truly appreciate the things Tim and Amie have taught us over the years and were excited to pass along some of their thoughts. PART II from Amie is below, if you've not yet read Amie's first installment, please find it here.  To visit Amie and Tim's blog go HERE. More photos of the Sextons being used in this post without ever asking permission - we anxiously await possible legal action due to our malfeasance - that way we'd get to see and squeeze them. :)

“How does the world’s view of race affect our children?” 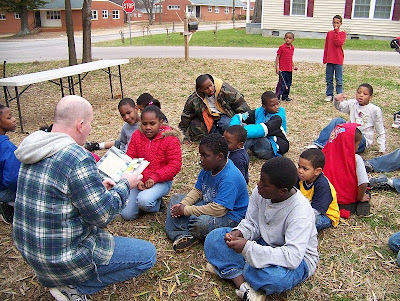 I’ve written and backspaced a gazillion opening lines.  Turns out there is no perfect segue into a post about race and racism.  It’s a very touchy subject.  And the sheer weight of controversy surrounding it should be counted as proof positive that –despite the opinion of many- it still exists.  As Angie commented in the previous post, it is perhaps less overt but no doubt alive and well.
Much like the misguided “colorblind” references we’ve already discussed is the equally misguided belief that racism is a thing of the past and as long as a person works hard they have completely fair and level opportunity to live the American dream.  And just as it is foolish to disregard our physical differences, it is incredibly short-sighted to dismiss hundreds of years of history and its residual effects.  Years of abusive, destructive and oppressive history—and I’m not merely talking about slavery.  But since you mentioned it…;-)
One of the most disheartening attitudes we frequently encounter is the “It’s been 200 years, get over it already” mentality.  Sigh.  Consider this.  Just a week ago our nation celebrated is 234th year of independence.  Celebrated it.  Because what happened over 200 years ago set into motion the wave of events that continue to define our country today.  What if I propose that we should all just “get over it”?  I’m willing to bet that I would be verbally destroyed by masses of intensely patriotic people.  People who have an emotional, almost spiritual connection to the history of the US would come out in droves to put me in my place.
Likewise, in less than a generation we will be 100 years beyond the Holocaust.  Which of us would dare to say, “It’s been almost a hundred years; can’t we move on already?”  It’s just plain crazy to even imagine such a notion.  Yet we expect the entire population of African Americans to blink away their suffered past and relegate it to a once a year educational emphasis.  Really?  But for the sake of this post, let’s assume that most people are at least willing to acknowledge the travesty of slavery.  Even so, it is the years that followed and their continued impact which are too often discounted.
I hold the belief that what slavery did to the black man’s physical being; Jim Crow tried to do to his spirit.  Shackle.  Degrade.  Devalue.  And in many ways it worked.  Whites have often scoffed at the depth of involvement played by black churches in the Civil Rights movement.  It makes perfect sense to me.  Even though it was wrapped in legislation, this was a battle to dignify the soul of a people.  The Emancipation Proclamation of 1863 elevated the enslaved communities to something more than household goods and furniture but it did little to improve their standing among their fellow man.  The Civil Right Act of 1964 was another step in the right direction but no…they are not over it because no law enacted by Congress a hundred years ago or forty years ago can change the hearts of men.  And what’s more, if you’ve adopted a child with brown skin…he/she will experience both the best and the worst of what this nation’s tense racial history affords.
The world sees color.  Sometimes it is for the good.  But this is hardly the rule.  And we needed to examine the ripples in the waters of history if we want to help the next generation ride the swells of the present currents.  As we acknowledge our children’s differences, we would also do well to prepare them for the reality of racism.
My daughter may one day be followed through a department store under suspicious eyes, not because she has done anything wrong but because the world sees her through sin-tainted lenses and responds in kind.  My son may be pulled over by the police for no apparent reason or someday be heartbroken because the girl he’s fallen for has a daddy with no intention of letting a “colored boy” date his daughter.  My bi-racial babies may spend much of their lives torn between being “too black” or “too white” even though they know that who they are is defined by Christ.  I don’t want any of my kids to become cynical and grow up expecting the worst but God forbid that they should ever come home asking “why didn’t you tell me?” 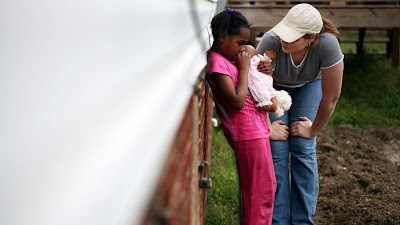 Well, I had hoped to cover a third aspect of race –God’s view—but do not wish to overstay my welcome on Tara’s blog.  =)  So…for anyone who is interested, I will post the third and Lord willing final portion on our family’s ministry blog.

Thank you Tara & Troy for letting me share what God continues to reveal to us.  I love you so much!
And thanks to you guys for reading.
at Sunday, July 11, 2010