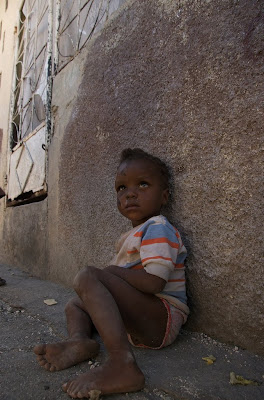 I don't want to ask you for help so often that I become "that guy" - you know the one - the one you avoid in order to avoid yet another request.

Truthfully, it is quite difficult to strike a balance in which we are not constantly bombarding you with the facts - especially when the facts look and sound like this:


"The maternity hospital that we were to take her to was nothing I could have prepared myself for. Even outside, the cries were loud and heart-wrenching. Every woman I saw was by herself, crying in the dark in the rain as the pains of childbirth ravaged her. Every woman was without a hand to hold, without a calm voice to reassure, every woman was... alone. It only got worse as I entered the labor and delivery room. There were no less that 50 women in labor, on the floor, in the hallways, screaming, bleeding, by themselves. No family was allowed to enter. Five valiant doctors were running around doing their best to handle birth after birth, but it was obvious that they had become numb to the pain around them. I looked over at a lady on a dirty plastic covered piece of cardboard for a bed. She was hemorraging. Two babies would die that night. So this is hell I thought."
"Since when was the miracle of childbirth reduced to something out of a horror film? This is life for the ladies in the developing world of Haiti. No education, no rights, no choice, no one to advocate for them."

Because these facts grieve us we're moving forward in faith and praying for the big grant or the large donor to come along to help make this hospital a reality sooner rather than later.  We wait in hope and anticipation of what God can do with Heartline's Hospital.

We understand that one fund-raising project after the other gets a little bit annoying.  Maybe you've asked yourself, "What is with them? Do they think we're growing money on trees here?"

The truth of the matter is not lost on us; generous, kind, and compassionate people sit on the other side of the internet connection and they respond. We are both humbled and inspired by your love and by your giving.

You've continually lifted up the needs of the Haitian people.  We don't take any gift, $5 or $500 for granted. Each gift comes from the heart and we know that. We thank each and every person that has prayed and given of hard-earned dollars.