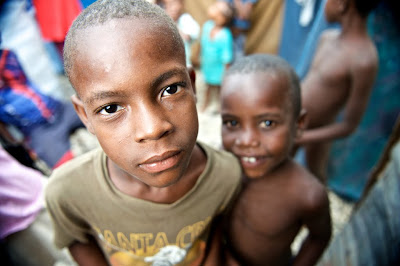 Not so long ago, Paige and Britt and Troy went to an event to see some friends of ours play and lead the worship/music portion of the event.  After the music was finished they stayed to listen to the speaker as he addressed a crowd of college students.  When they came home they had very little to say about the actual message they heard because they had been so put-off and distracted by the speakers repeated use of the phrase, "eyes on me". Apparently there were numerous occasions during his sermon/presentation where he repeated, "Eyes on me college students. Eyes on me!"

It has become a running joke at our house and with those friends to say "eyes on me" in order to gain the awareness of others when you're feeling you need some attention.

Whether we recognize it or not, so much of what we do screams "eyes on me" even if we're not so bold as to actually say those words. We've all seen examples of people that are attempting to gain "followers" and multiply the attention they receive. Sometimes it is so overt that it is difficult to watch. American culture is driven by celebrity and the pursuit of fame and recognition and popularity.

We know celebrity matters when we see that a big name can come into Haiti and get more attention for a four hour photo-op tour than a 70 year old woman that has worked with sick babies for 25 years ever gets.  Thanks to our cultural obsession with the beautiful people of Hollywood, Pamela Anderson stopping by a tent-city inspires (many) people more than a person like Pat Smith and her decades of service.  Pat had no time for "eyes on me" sorts of behavior, she is too busy quietly and faithfully loving the least of these.  Demi Moore stopped in and had more stories written about her than Gladys Mecklembourg and Henri Gaetjens have had since they began their labor of love in 1991. But they're not concerned, they are focused on the task at hand.

Pat and Gladys and Henri are just a few doing good work without a lot of eyes on them or public acclaim.

Truth-be-told, there would be no point in writing anything on a blog or twitter or facebook if we had zero interest in being noticed. We've learned that social media is a useful tool to share our vision.
There is such a fine line between promoting our cause and promoting ourselves.  It is definitely a precarious balance to strike. It has me wondering how those of us who follow Christ can do a better job of promoting our cause(s) while ultimately saying, "Eyes on HIM" - that's what we want our actions and words to shout.

We hope to share Haiti with you - we want you to see the beauty and the need  - and in sharing Haiti we also point you to the very best reason to care about Haiti (or any other place on earth) - because HE does.