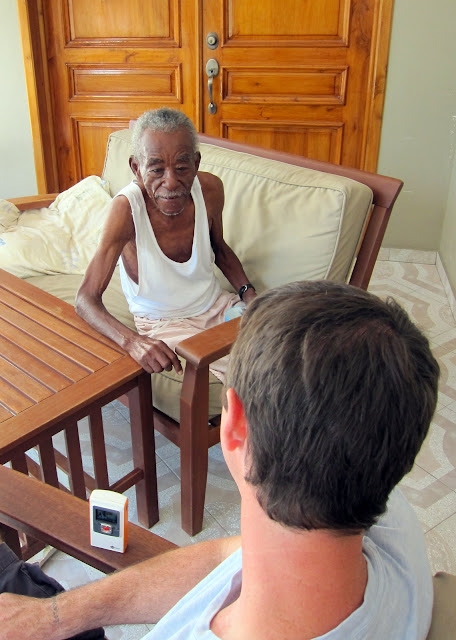 This weekend Geronne's Dad came to stay with us. He is 90 years old and very frail. He ended up here by accident due to the cruddy reality of Haitian healthcare.  This morning Geronne has gone with him to try again to get a test he needs. While we were sad she had trouble getting him care, we were very touched and blessed by his presence in our home.

We have known Mr. Alexandre for more than five years. He spent his whole life in the area we first lived when we moved here in 2006. For those that have Troy's book he is pictured there. This however, was our first opportunity to spend an extended time just listening to him and sitting with him.

Multiple times throughout the day Saturday and Sunday we had tears in our eyes watching Geronne care for him or listening to his laugh when Lydia came through the room or listening to him speak of his broken relationship with his father or his memories of raising 12 children in rural Haiti.  Miradye knows which generation and the names of his family that came here on a boat from Africa. He tells that story with confidence, as if he has it etched on his heart and has been passed down word-for-word.  We listened intently as he jumped from decade to decade sharing stories from childhood and recent years and everything in between. 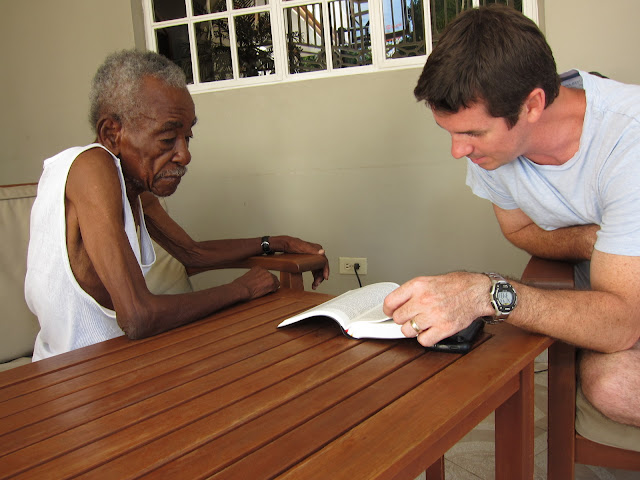 Geronne filled in a lot of details throughout the weekend. She shared in a matter of fact tone at times and with much emotion at others. We were humbled to be trusted with much of what she shared.

After the lengthy discussion about his life Miradye talked specifically about his faith. He said he used to be able to read a Bible and asked if we had one.  His eyesight won't allow him to read anymore. Troy randomly flipped open the Kreyol New Testament.  He "randomly" started to read from John chapter 14 ...  try reading this to a 90 year old who is aware his time on earth is very short.

1"Do not let your heart be troubled; believe in God, believe also in Me.

2"In My Father's house are many dwelling places; if it were not so, I would have told you; for I go to prepare a place for you.
3"If I go and prepare a place for you, I will come again and receive you to Myself, that where I am, there you may be also.
4"And you know the way where I am going."
5Thomas said to Him, "Lord, we do not know where You are going, how do we know the way?"
6Jesus said to him, "I am the way, and the truth, and the life; no one comes to the Father but through Me. 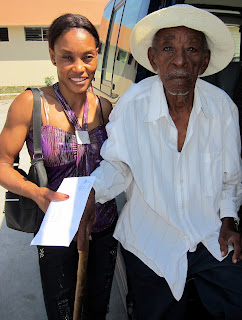 We plan to write about Miradye (his name, chosen by his mother, means miracle of God) again at length and attempt to tell some of his stories.  We hope to gather more information tonight and review the video we took sometime soon.

Geronne is understandably stressed out and also a bit frustrated with her siblings right now. She lives almost two hours from her Dad and they live in the same village. She doesn't feel like he is being cared for or fed well enough. Until we have time to share more please be praying for Geronne as she tries to make some big decisions for her Papa.