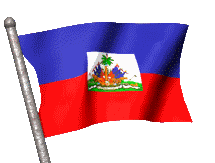 Our opinions are not super relevant - they might be somewhat informed, but even that is up for debate. We're visitors here and we cannot possibly understand all the politics and history undercurrents and issues - there are too many layers.

We hear opinions, so we'll share what we're hearing.

The election was a month ago already. Hardy anyone voted. Most here don't believe it matters. That is proven just by the turn-out. Jeronne said if Troy were running she would vote, but since he was not she had no interest. I thought that was a brilliant brown-nosing move on her part ... she has never voted at age 36.

On Saturday a woman who has lived here 30 years said she hates to say it but things were best when Haiti was a dictatorship. She misses Baby Doc. We listened and she shared her reasons for feeling that way. We've heard that before but are uncertain how popular that belief is.

Another very well educated older Haitian man doing work with an NGO in Haiti said that "Haitians don't know how to do freedom with responsibility" - he went on to explain that further with very convincing reasoning.

Here are some links to other expat election photos and observations: