The name Medika Mamba means “peanut butter medicine” in Creole. It is produced by an organization called Meds & Food For Kids - you can learn more about them on their website at www.medsanfoodforkids.org.

We have seen firsthand that this product is culturally accepted, very effective, and in our opinion truly amazing. The Medika Mamba is also locally produced, which helps Haiti even more by providing many jobs in production and bolsters the economy and encourages agricultural development.

We will be partnering with MFK and Real Hope for Haiti (the Zachary's clinic and rescue center) to provide Medika Mamba for malnourished children in the village of Cazale, near Cabaret. We hope to expand the capacity and number of locations very soon. There are two other clinics currently being considered for Medika Mamba locations as soon as funds are available.

The pilot project in Cazale has been very successful - out of the ten children who started the program three 'graduated' in less than one month and five more have been added. One of the children currently in the program is HIV positive, and one of the original 10 children died last week due to complications from HIV. His name was Max Wildy. He was and is an angel. His story will be told in a later blog post. 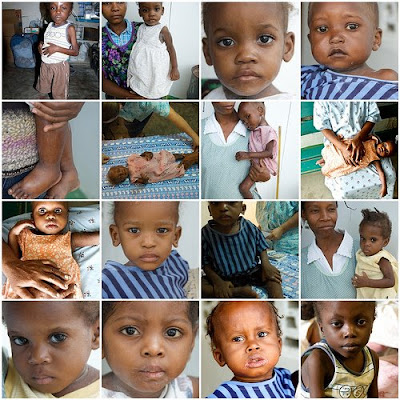 Photos of the children involved in the program are currently available on my Flickr page here. We will attempt to post before and after pictures there and on the blog periodically.

Tara is planning a fundraiser for the Medika Mamba program and has obtained funds for a matching grant...stay tuned for details.

From a news article about the product:

MFK works to combat childhood malnutrition and related diseases in northern coastal Cap Haitien, Haiti's second-largest city, by giving Ready-to-Use Therapeutic Food (RUTF) to malnourished children between 6 months and 5 years old. The mixture, known to Haitians as "Medika Mamba," or peanut-butter medicine, is a nutrient-rich mixture of peanuts, sugar, oil, vitamins, minerals and powdered milk. It is distributed in plastic containers for families to feed their children at home and can be stored for several months.

Children start to show visible signs of improvement about 1-2 weeks after receiving the peanut-butter mixture, becoming more active and growing new black hair. One course of the six-week treatment, which can be enough to renourish the child, costs under US$100. (Full article here.)

Here is a video produced by the United Nations highlighting MFK and the Medika Mamba product:

We look forward to sharing more of the impressive results and life-saving stories in the upcoming months.
-Troy
at Monday, May 25, 2009