I never look back on the blog unless I am trying to find something. I don't like to because I get annoyed with my own view of things sometimes. I know that sounds stupid, but that is only because it is. Tonight I went in search of Jeronne's story and was surprised at how much has happened that I have forgotten already. I am so glad we'll have this record to look back on someday ... because apparently memory fails some of us - even in our mid thirties. No good.

On this day in May 2006 - Troy had his first ever case of Malaria and we were pretty freaked out by that, we did not yet know Phoebe was growing in her first mother and we were praying for this baby that is now happy and adopted and thriving in Washington. We looked a lot like those people pictured below...Whoever they were. 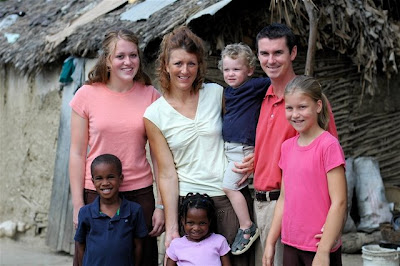 On this weekend in 2007 we had a child in the village come to us with a split open skull. It was the worst cut we'd ever seen. She is now thriving and has no permanent damage from this accident. We were cooking up Lydie and our littler kids looked like this: 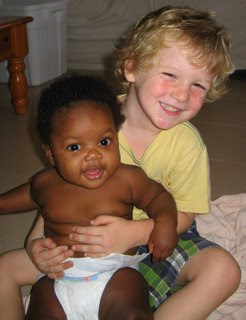 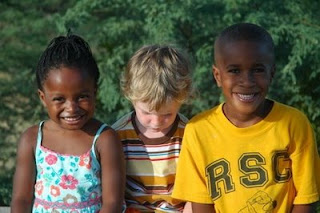 On this weekend in 2008 Tess and Jen lived with us and poor Isaac had a tough thing happen to him based on the language barrier, it broke my heart all over again to remember it. He has figured out how to protect himself out in the big bad world of school and life - but underneath he is the same tender, innocent, sweet and slightly oblivious boy. 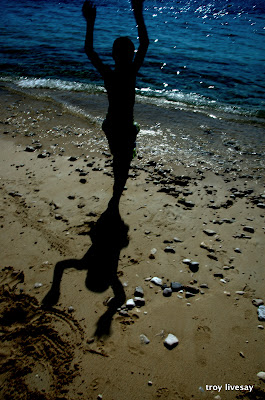 And on this weekend in 1970 - my parents got married-Which I also have no recollection of but with better reason. Happy 39th Anniversary Mom and Dad. WE love you and CANNOT wait until later this month when you show up on our doorstep. Missing and loving you today and counting the days till you get here!
T&T and Kids

P.S. In case you missed it, that was your anniversary card, so don't look for it in your mailbox.

Your gift is below. Enjoy it and don't worry about sending a thank-you note.