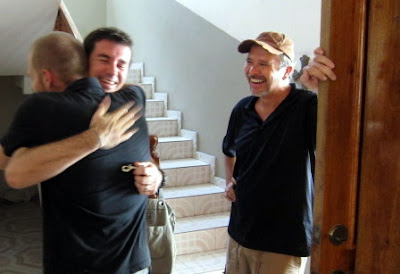 There is no greater love than that of one bro for another. (Look how happy Troy is!)

These particular bro-mances were launched in Haiti; where bonds are formed in the beating hot sun and later solidified over common sufferings such as intestinal issues and chafing. Add to those already deep connections hours and hours of discussion with a few Prestiges on the smack talk porch -  and the rest is history.

For the last few weeks I have been trying not to ruin a surprise that a couple of Troy's friends had planned for him. I came dangerously close - - in the end Troy knew one of the two friends was coming. (Harold who lived in Haiti earlier this year for a time.) He had no idea his friend Aaron was coming.  They've been tightly bonded ever since Aaron soiled his pants mountain side one early Sunday morning in May 2008 and was vulnerable enough to admit he was powerless to deal with it alone.  Troy loves to tell the story of this guy he didn't know very well saying, "Uh, Troy. I need to tell you something. Hold up a second. I think I just %*!# my pants."  When two men ditch a pair of boxers on a Haitian mountain side- a lifelong friendship is birthed.  (Or so it seems.)

This morning I told Troy I was going running; instead I went to the airport to get these two clowns ... 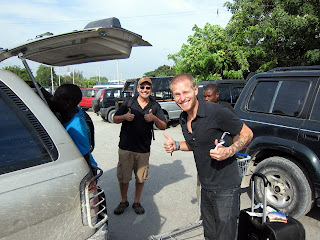 Then we had a little issue ... 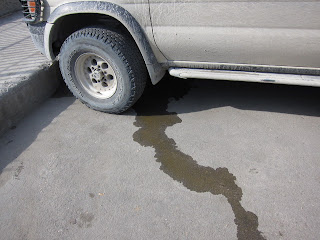 Which we fixed with a spoon and some water. 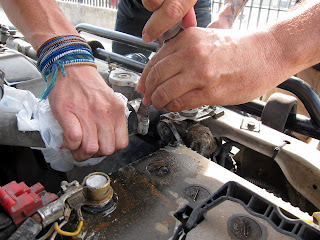 I called Troy to tell him a water pipe in the house had broken and I needed him to come home.