One Day in Port au Prince: Hold On

Troy takes photos for friends at The Apparent Project while Bill Clinton visits. 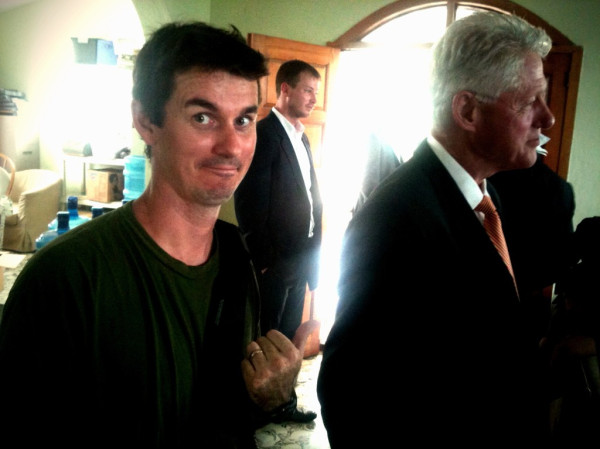 He dresses up for the occasion.
He acts mature.


Paige and Moses love one another. 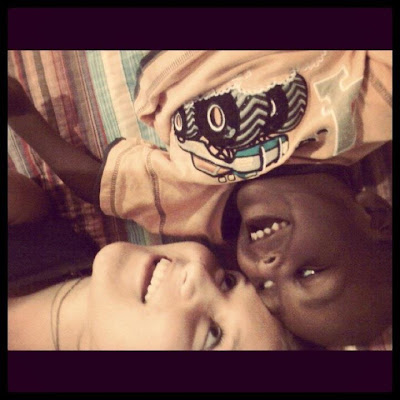 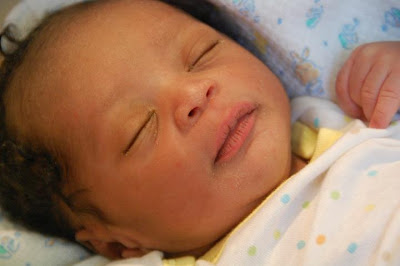 The hospital that did the C-Section on Tuesday in the mid-afternoon called saying they would be discharging Emmanuella and her son.  Beth planned to go get her but as always Beth had a billion things going on today.  I love driving that amazing ambulance and I happen to think I am one of the best Haiti drivers around so I offered my pompy over-confident self up to go to the hospital in that fancy truck to get Emmanuella.

When we got to the hospital Wini (the awesome Haitian nurse at Heartline) went in to pay the small bill and get E. and baby.   We loaded them in the back of the ambulance and headed back to the Maternity Center to talk to her and try to determine what to do next to support her.  She yelped at every large bump and was in a lot of pain.

When we got back it was almost time to start Thursday prenatal class but the minute Jonna touched the baby she said, "This kid has a fever."  Sure enough, once unwrapped he was running more than a 102 temperature.

We went back to the same hospital that had discharged them two hours earlier.  They said they did not have any space and could not and would not admit the baby.  As we loaded back into the ambulance a man standing outside started yelling at us. I was pretty sure I was catching what he was saying but I was incredulous and asked Wini, "What is he saying?"  Wini said, "He is telling Emmanuella that she is too young and should not have a baby." That's so helpful.  That guy made my blood boil. He was  loud and obnoxious and making a giant scene as his friends looked on and chuckled at him. Meanwhile the 15 year old rape victim in tons of pain from her c-section climbed back into the ambulance.  I told him to shup up (technically the translation of "fèmen dan ou" is shut your teeth). That just made him yell louder. Fail.
Translate from: English
Type text or a website address or translate a document.
Cancel

We left and drove about five or six miles to another hospital.  That hospital was full.  Thankfully we have a connection to a nurse there and she had informed the chief medical officer of what had happened .... That a 44 hour old -less than five pound baby - had been discharged with a fever.  The CMO is feisty and got on the phone to the first hospital. She told them they were wrong to discharge the baby.

Based on that reprimand, the first hospital said to come back. We loaded sore and exhausted E. into the ambulance AGAIN. (Fourth time in for those counting.)

We drove back to the first hospital.  Once there the man that met us told us only E and the baby could enter.  I hemmed and hawed at that idea and told him she really needed support and asked if her aunt could please enter too. The guy said he would try.  He came back out after getting E and baby in and said that he said he needed to go take care of other things.  He could not guarantee policy would allow the aunt inside. He said he'd come back. We waited outside.. He didn't come back.

We gave the aunt the things she would need to get through the night and begged her to stay and fight for E.  She said with Jesus she could do it.  We told her that it was up to her to make sure E. would be given the meds she needs for her dangerously high blood pressure.  We told her that E. needs reminders to nurse the baby frequently.  She nodded and agreed she was up to the task.   The only problem was that it didn't appear the hospital would let her be with E. inside the ward/unit.  It was late in the afternoon by this point.

As we drove toward Wini's house I texted the guy at the hospital and said, "Please remember the 15 year old girl w/ sick baby really needs her aunt with her. Thanks for your help."  The guy called me.  He was mad about my text. He was rude to me and clearly annoyed with me for pushing for the aunt to get into the building.  I asked him how else I could find out if E. was being taken care of without  asking.  He snapped back at me.  He informed me of the many meetings he had attended since I'd seen him last and asked why I was bothering him?  I might have replied "Why are you being such a _______ ? " Then he hung up.

After that I felt like I'd maybe just done a really dumb thing. I felt a little bit sick and a lot remorseful wondering if it might mean the aunt wouldn't get in at all. My anger at the whole day built to the point where I insulted the only guy we even had partially on our side.

I dropped off Wini and returned the ambulance.  I called Troy and we got into a small fight.  (Totally based on my stress and our lack of communication about groceries --- and that there was no plan to feed the tribe for dinner.)

I decided I was too mad to go home and needed to cool off.  I went to the nearby stress-making grocery store. It started raining. While I was in the parking lot the guy from the hospital called me back to get the phone number of the aunt so he could find her and be sure she was where she needed to be.  That was a huge relief to me.

Tonight I am not certain that the hospital has officially admitted the baby. I am not totally sure Emmanuella has her aunt near enough to be a comfort and help to her. I am not sure the hospital will put the baby on IV antibiotics for 7 to 10 days. I am not sure anyone but the aunt really understands how important those blood pressure meds are to Emmanuella.  I'm not certain how anyone ever finds medical care in a system as broken and inadequate as this one.


Sara Groves sings these lyrics in her version of Eyes on the Prize: