The low down on Thursday

Britt had another big day with many patients. THIS is the little guy whose rash is improving! I love this picture. Down below is a little girl with some infected sores on her legs. 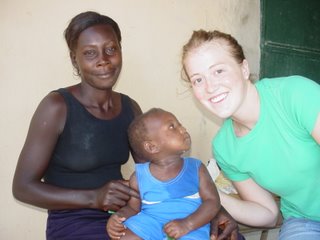 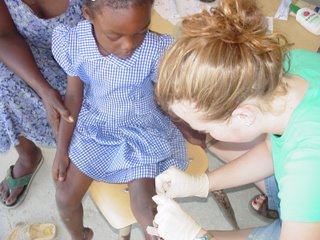 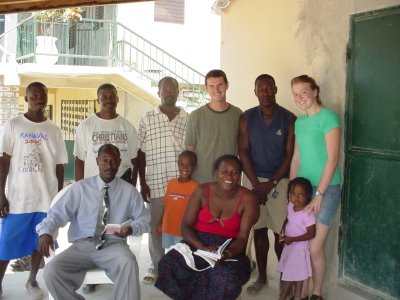 This is one very nasty injury that Britt has been trying to manage. We decided today that this is now looking worse rather than better and is beyond our skill level. We are taking this little guy down to Titanyen to have an RN look at him on Saturday morning. She said she would give Britt and I a little crash course in determining when we should bring someone to a real professional, and when we can treat it ourselves. We are both excited to learn. 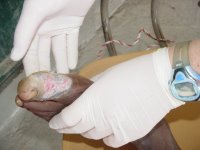 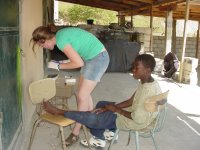 Troy is Haitian now too. (Carrying cement up for the tile.) 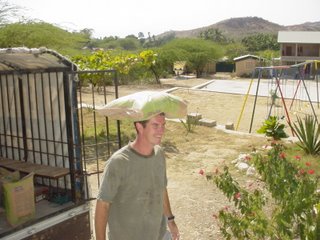 Today Britt was invited to Babylove's house. This is her house and that is her in the black shirt. These kids are her nephews. She has been asking Britt to see her house for a few days. Finally Britt asked "why?" and Babylove told her she wants to invite her over because she thinks Britt "looks like she is from the T.V." We are having fun with that one. 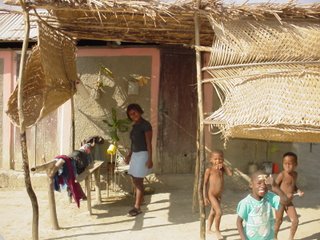 This is Emmanuel. He is a guy that goes to the Lifeline church and works odd jobs around the mission. This is his home. Emmanuel really likes Troy, and Troy would love to really like Emmanuel, but he is one of the fastest talking Haitians in LaDigue and Troy never knows what he is saying. :) 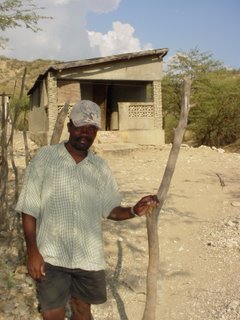 Troy says Peanut is going through a stage where she looks like Triumph the comic dog on Conan O'Brien --- but nothing about that particular skit is publishable on our blog. This dog is growing so fast! We all like her so much. 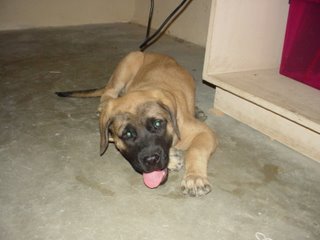 Ti-pap had his very first American style Birthday party tonight. When we gave him his gift we could tell that he had no idea he was supposed to open it. I told Troy, "he feels like we did at that funeral, he has no idea what he is supposed to do." 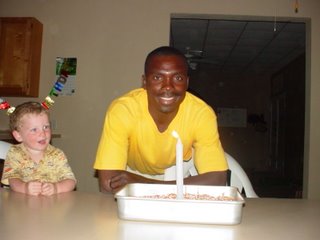 Once we told him he was supposed to open it he laughed and said, "oh, okay." It was cute to see how honored he felt. He said that in Haiti they don't do Birthday parties. Actually, what he said when asked if he had ever had a birthday party was, "Not the system in Haiti." He is learning English and that was the word he chose; to tell us that is just not how it works here. 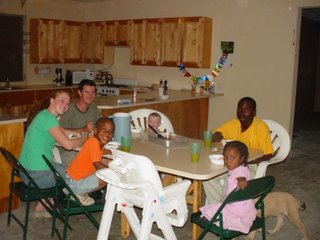 The Thursday night sunset was lovely. Photo taken from patio. 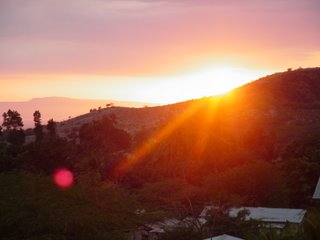 That is the low down on the day. The tile guys got about 1/10 of the way done. It is exciting to get new floors. It is making things interesting ... right now Noah has Barbie pajama's on because his dresser is shoved tightly into the bathroom, facing the wrong direction, and I cannot get at his clothes. He may need to join the village kids in nakedness until the tile is done. He would probably love that.

May God Bless your Friday and your weekend.
Hugs from Haiti-
Tara
P.S. Happy Birthday Shey!
at Friday, March 17, 2006