Sunrise from the prayer rock. ALMOST as pretty as sunset from the porch. 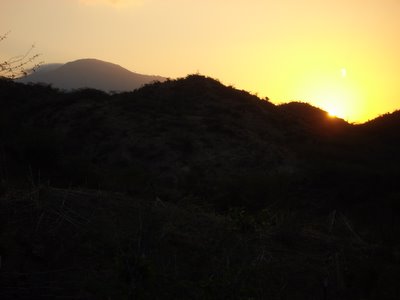 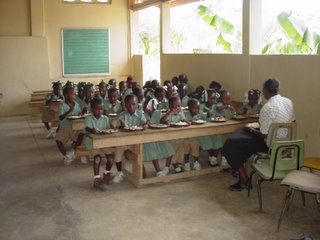 (above) School kids eating lunch. The different grades & groups take turns.
(below) Jeremy from Michigan with some of the kids at lunchtime. 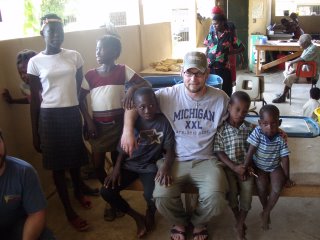 Kids that eat lunch last shift. These kids are not in school but come eat lunch after the school kids have been fed. Much of the food is trucked to other locations. These photos are all here on Lifeline property. 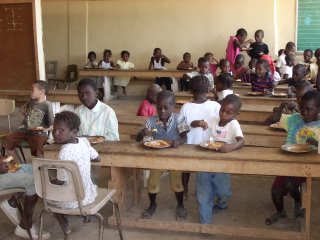 Starting the climb up the hill. It is very dry and dusty right now. 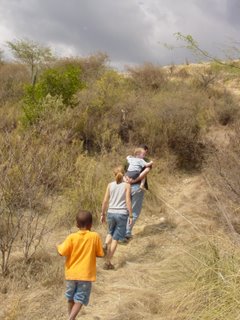 The crew on the way up to the high point of Lifeline's six acres. Britt is going to develp some serious back issues when that dog weighs 200 lbs. Hope is missing because she was asleep. 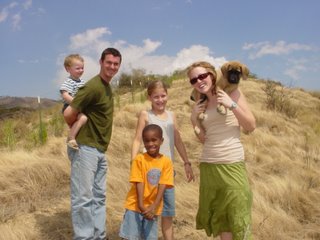 Britt, Peanut and Paige, high point of the property facing the ocean. 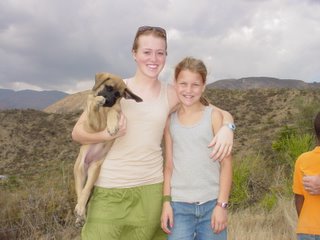 Paige and Tara, ocean behind us. 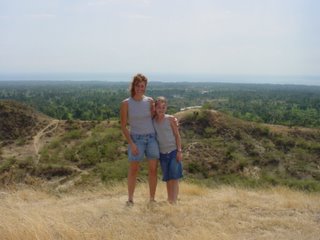 Troy and Noah on the way up to the Prayer rock. 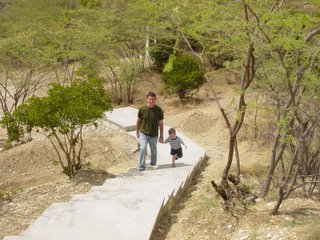 Paige and Ike on the rock. 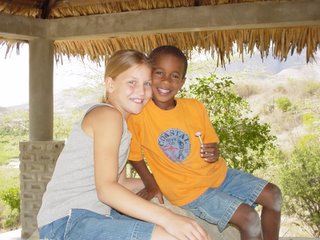 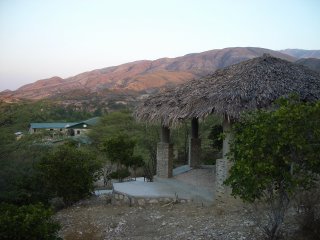 One of the team members took this great photo of Hope. 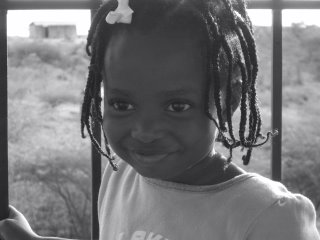 Noah has started putting things on his head and announcing "Mama, I'm Haitian!" 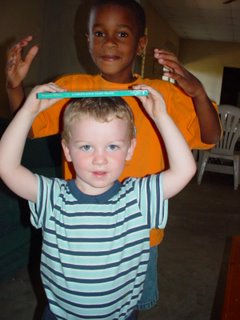 The team praying together before they departed early this morning. 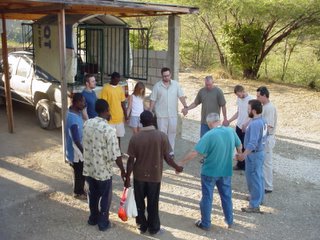 While it was a very tiring (& at times trying) week; there were many blessings in the mix. Hopefully we will get the time to share some of the answered prayers and cool things that happened.

Four guys left this morning. A group of five leave Tuesday, and the remaining three leave on Thursday of this coming week.
at Saturday, March 04, 2006