Entertainment for Noah & Problems for Ike 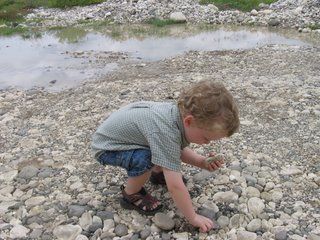 thrilled about having found rocks 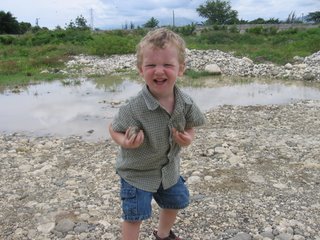 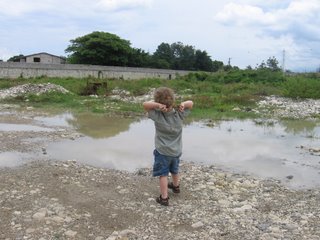 In Haiti, there are not so many things vying for your attention. The boys don't have Disney Channel, PBS, Nickelodeon, video games, amusement parks, toy stores, parks, sports teams...

It is more like the kids in 1906 in some ways. Playing with rocks and water are huge, huge entertainment. As the photos show, Noah had a BIG time throwing rocks into the puddles while we waited for the propane tanks to be filled.

While Noah entertained himself, Ike danced around, he needed to go pee. Everyone here just goes outside, and he is a boy, so what else can you do but just tell him to go? There is only one problem. He does not know how to do it in a manly kind of way. He either wants to pull his shorts down around his ankles so his bare buns are exposed for all to see, OR he won't pull the front of his shorts down enough and it creates this fountain-like effect and also gets all over him. He only does it one of the two ways. He has not found the happy medium.

Troy and I had a brief conference in the lot of the gas place, where I made my expectations clear on this area of training in Isaac's life. I am not teaching the kid to pee outside. He needs some major mentoring in this area and Troy is the man for the job. The kid is four and a half. He is the size of a six year old. It is time he learns. 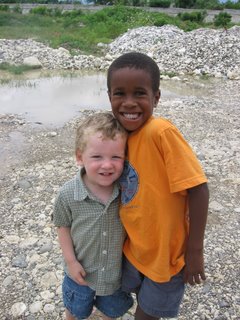 tired out from all the rock throwing fun 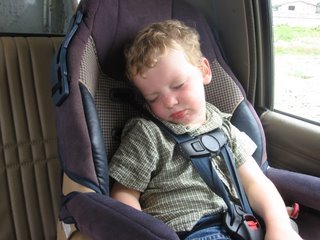 Much Love, and wishes for an entertaining weekend,